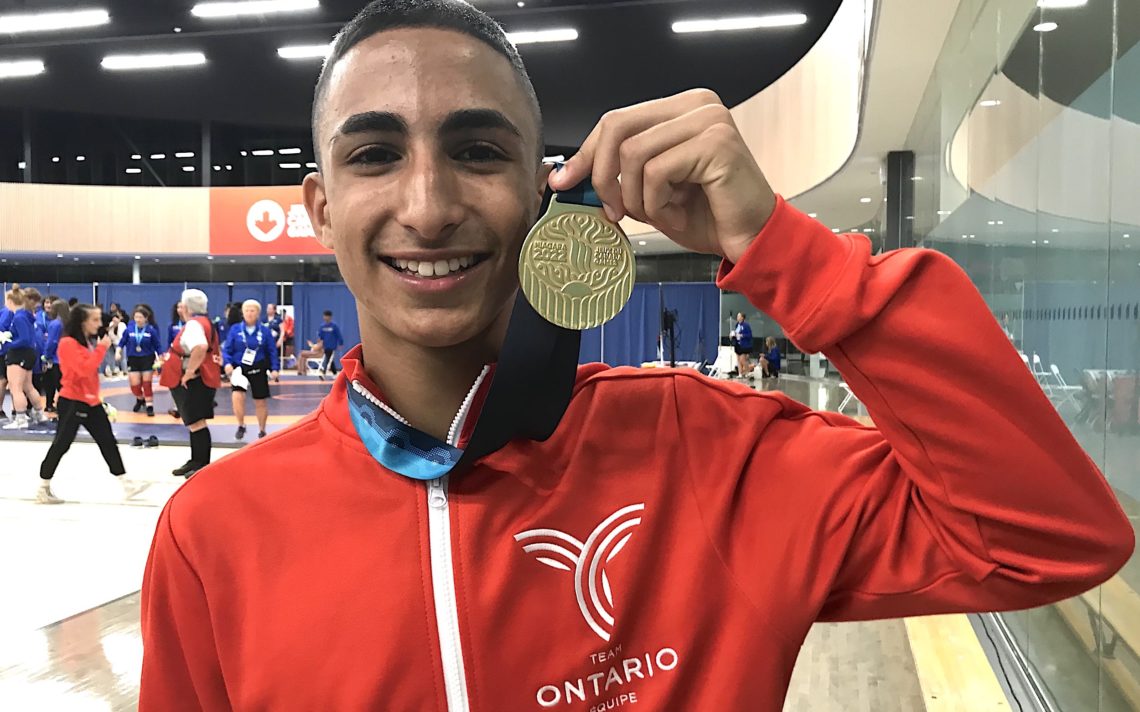 The Grade 12 student at Eden had the gold medal put around his neck by Brock interim president Lynn Wells. He was quick to tell he would be going to Brock in 2023.

“Before the Canada Games, I wasn’t sure how I would feel. I wasn’t sure if it would be more exciting than OFSAA (Ontario Federation of School Athletic Associations’ championships) but when I saw the medals coming up to me and they put it around my neck, it felt amazing.”

It was a medal earned with a lot of sweat and pain. Team Ontario had to win six head-to-head battles against other provinces and territories to win gold and evidence of that struggle was everywhere. Looking over at the Team Ontario bench during the competition, several of the wrestlers were wearing bandages, other had ice packs strapped or held to various parts of their bodies while others held or rubbed sore parts of their bodies.

“It was intense to say the least,” the five-time provincial champion said. “Ten minutes before we started, I was getting my knee checked out and my abdomen was cramping up because I was dehydrated from cutting weight. But during the match, you don’t think of any of that and none of that is in your head. Obviously after the match it comes back again.”

“You build off the team and you do everything for the team,” Gatta said. “For example, one of the guys was about to lose and the coach told him ‘Just don’t get pinned’ because if he got pinned it was a loss of lots of points.”

Gatta scored the maximum points for his team by pinning his opponent Noah Tam in just 23 seconds in the 52-kilogram division.

The win was doubly important for Gatta because he needed the victory to guarantee himself a spot in Thursday’s individual competition semifinals.

“It felt very redeeming after my last match. Against Alberta, I should have beaten the kid and I think I am going to wrestle him again tomorrow hopefully.”

Gatta knew there was a lot at stake in the match and he was feeling the pressure.

“Even though I am used to it and I have been doing it for a while, it’s the same feeling every time. It’s scary. You are going out there do or die, especially in front of all these people here. It was intense.” 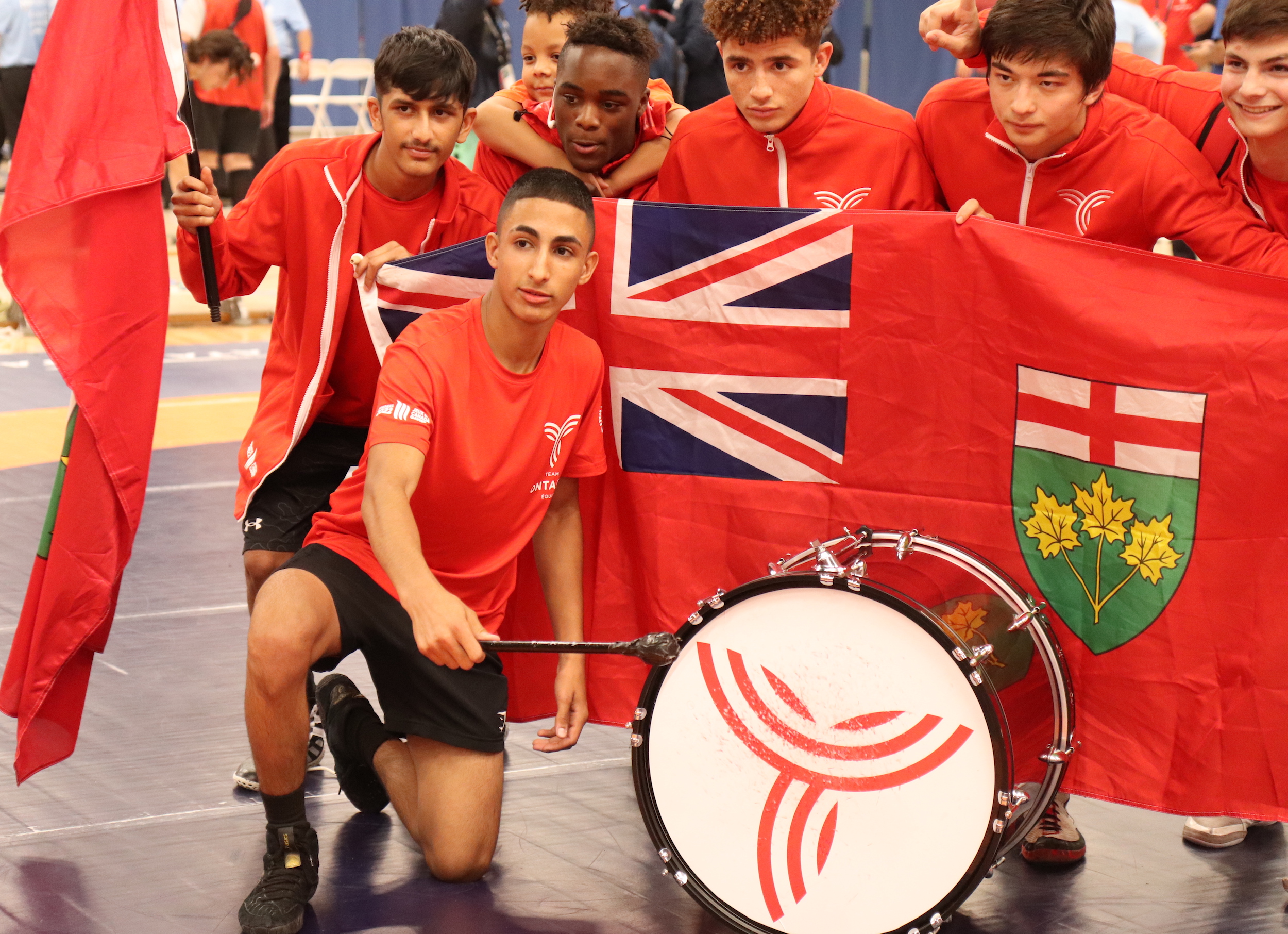