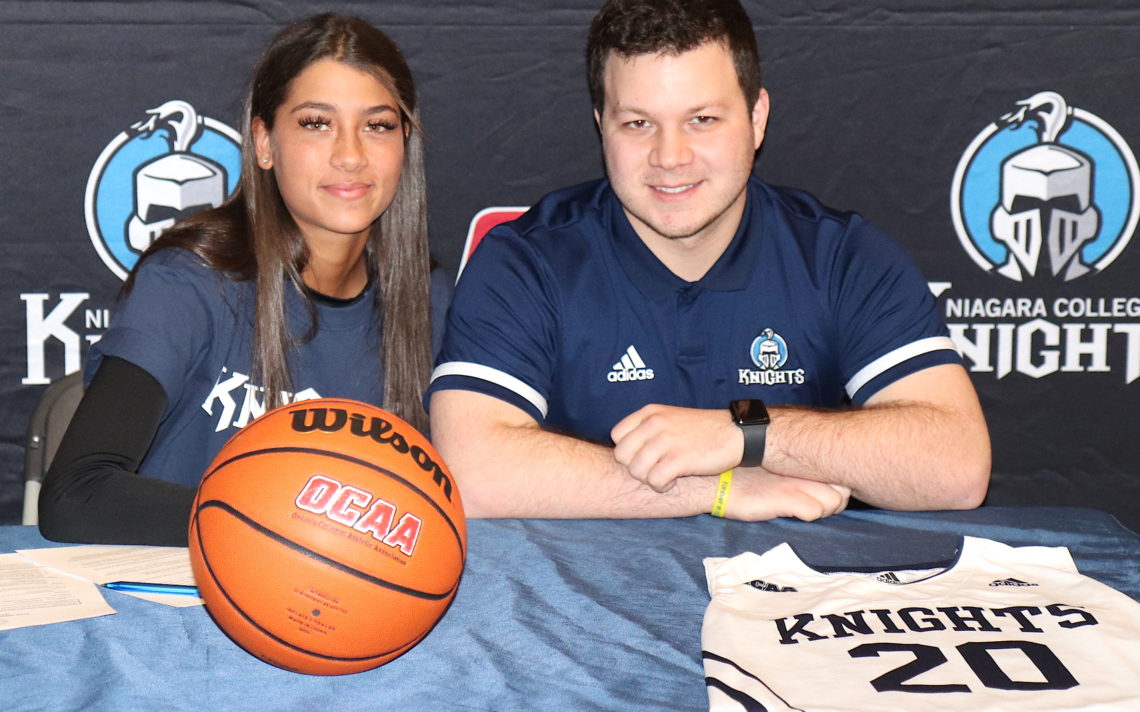 For whom Bell will toil

In a recruiting war that pitted son against father, Chris Rao and the Niagara College Knights were the winners of the Lexxus Bell sweepstakes.

Both Chris Rao and Chris’ father Mike Rao, the coach of the Brock women’s program, had hoped to land the talented Denis Morris basketball player, who signed Tuesday night at Niagara College.

The 17-year-old found herself smack in the middle of the friendly pursuit.

“They were always arguing and making jokes,” she said, with a laugh.

In the end, it was Niagara that emerged as Bell’s newest hoops home.

“They had the program I wanted to take and Chris’s approach to me made me want to come here,” the Grade 12 student said. “Their basketball program is a good opportunity for me and I wanted to take it.”

She was thrilled to sign Tuesday along with Juel teammate Jamira Rousseau.

“It’s amazing. I have known her for a long time and we have played basketball together for a couple years. Coming here to play with her is a big thrill for both of us.

“I am really excited looking forward to the next couple of years.”

Niagara and Brock were both in the running for her services because she preferred to remain in Niagara.

“I wanted to stay home where I was close to my family and all of my friends.”

She plans to study community social justice at Niagara with the hope of working with kids and troubled youth.

“I want to see where it goes and take it day by day,” said the former St. Catharines Rebels player.

She feels her game has improved quite bit in the past few seasons.

“My court vision has improved 100 per cent,” she said. “I was point guard on my school team so I got to lead my team and they depended on me to be a role model for the whole team.”

Bell knows she is far from a finished product.

“I want to get better at all the basics and I need to work on my shooting a lot more.”

She also knows she needs to get physically stronger to compete against older and more mature players at the college level.

“I have little noodle arms and I need to get in the gym a little bit more.”

Chris Rao is glad to have her signed, sealed and delivered to his program.

“She is a really good guard, has a great basketball IQ and commands the gym and the people around her,” he said. “It is impressive to see that from a young player to see that leadership ability. We will keep pushing her to do that.”

“I think her shot is going to get more consistent with reps and the more work she puts in, but she can get wherever she wants on the court.”

“I always say that every team needs a Lexxus because she is the spirit of our team, she is funny as hell and she brings that wildness on the court too,” she said. “We have spent the last couple of years still allowing her to go wild because she’s able to create a lot of stuff other people aren’t able to but also we tried to teach her to control and pick the time to do it.”

Rao was thrilled to land Bell and Rousseau. Both were top 10 Niagara all-stars this past high school season and are among the top Niagara players graduating in 2020.

“They are excellent players and great kids too,” he said. “That is the exciting part.”

“It builds the program and helps us get positive feedback from the locals. I remember growing up and hearing people ask why there weren’t more locals playing at Niagara College. We had the opportunity to get two top quality locals so why not bring them in?”

And if one follows the model of the 1992 and 2008 Brock men’s basketball team, to win a national championship you need a talented core of local players supplemented by excellent outside talent.

“That’s the example everyone around here looks to,” Rao said. “If you look at the 2008 team, it was two guys from Notre Dame and three guys from Myer.” 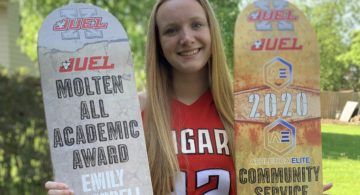