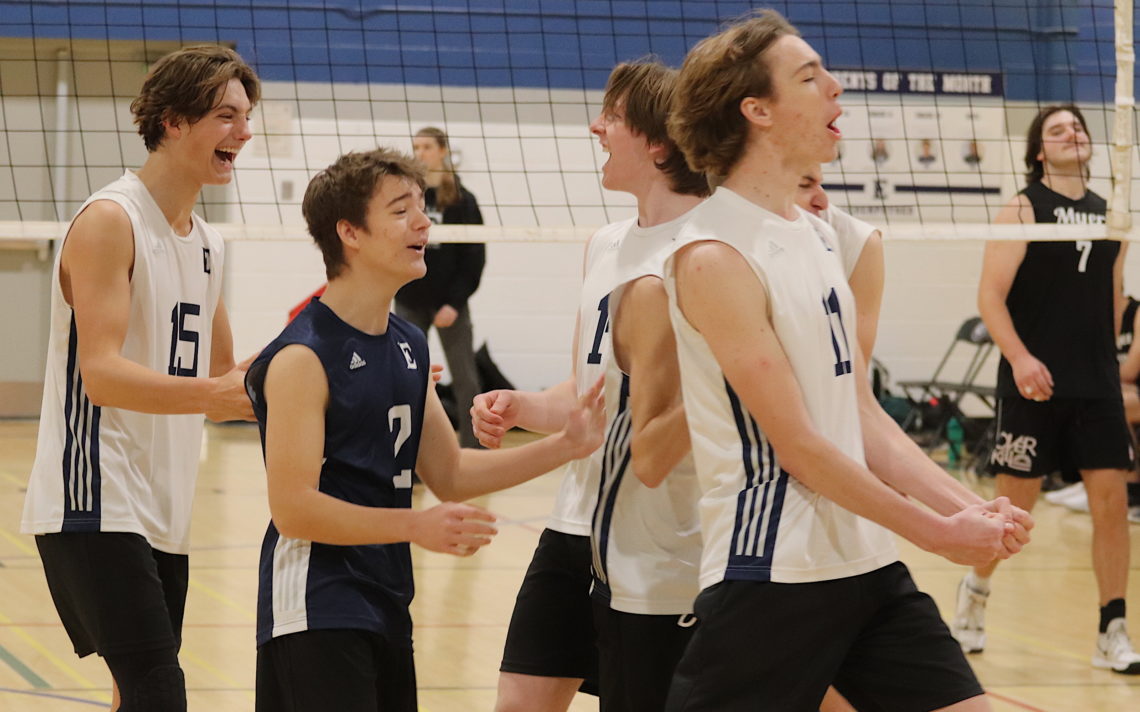 Flyers heading back to OFSAA

The Eden Flyers senior boys volleyball team is heading back to the Ontario Federation of School Athletic Associations AAA championships.

The reigning provincial champions punched their ticket by defeating the A.N. Myer Marauders 3-0 Friday morning in the Southern Ontario Secondary Schools Association challenge game. Because Eden won OFSAA gold last year, SOSSA was allowed two spots at the provincial championships. Eden lost to Westmount in the SOSSA semifinals Thursday and Myer fell to Westmount in the SOSSA final to set up the challenge game.

“We are really grateful for a second opportunity,” Eden head coach Bill Markham said. “We had two bids because we won gold last year.”

He described this year’s version of the Flyers as the closest bunch he has coached.

“It really is a team. We have a lot of really good players but they need to be a team and everyone needs to be a contributor for us to have success. That shows when we struggle.”

Eden came into the season looking for its 13th OFSAA gold medal. The Flyers won AA gold medals from 2006 to 2013 and then again in 2015, 2018 and 2019 before winning at the AAA level in 2021 in their first year in the higher classification. Now that they are at the AAA level, getting to OFSAA isn’t easy.

“When you get to OFSAA, double A and triple A are pretty similar, but the road to OFSAA is much more challenging,” Markham said.

The Flyers have set a near impossible standard of excellent for themselves because of their previous successes. The pressure to continue the remarkable run can weigh on the players.

“I think that was our challenge yesterday,” Markham said. “We were at home, there was a heavy expectation and when things aren’t going well you tend to press instead of just playing your game. There is a pressure and an expectation which comes with that success that we have had in the past.”

Dealing with that pressure was the theme of Eden captain Max Tywoniuk’s speech to his teammates before the match.

“He reminded the guys how he felt last year. He felt that pressure and it was how he responded,” Markham said. “It was a really good motivational opportunity for him to speak to the younger guys.

The Grade 12 student drew on his OFSAA experiences from last year when talking to his team.

“Last year at OFSAA, I had a pretty bad start as a setter and I think it was all because of the pressure and everything. I told myself the second day to just relax and we ended up winning OFSAA.”

It was a timely message for the Flyers.

“All of them were dealing with pressure and some of them hadn’t played at this scale before with playoffs.”

Tywoniuk agrees the program’s remarkable success is a reason for that pressure.

“Usually it is good pressure. All the fans here at the school are supporting us and I try to push it into a positive way,” he said. “I think about the next step in what we are doing, who the other team’s best players are and the matchups. We try to keep it on our side of the court and not worry about anything else.”

Markham relies on Tywoniuk to do that for the entire squad.

“He is steady, he is consistent, I rely on him and the guys do too,” he said. “He is a solid individual and a great athlete.”

Markham knows it won’t be easy for his team at the OFSAA championships Nov. 24-26 in Kingston. The Flyers went 2-2 to finish fourth in OFSAA pool play last year before getting hot in the playoffs.

“This year, we have to come top two in our pool to advance to the quarter-finals because there are more teams than last year,” he said. “We are going to go, enjoy every moment and do our very best. If my guys compete at their best, I will be proud of them regardless of the results. My hope is that we go and play Eden volleyball and whatever happens, happens.”

A.N. Myer didn’t play as well Friday as it did Thursday in its semifinal loss to the Westmount.

“We started off strong and they (Eden) just don’t give up,” Myer head coach Joanne Thomson said. “We always know it is going to be a tough battle and we came up short today. We have definitely played better as a team. We were tired and they were tired and it’s just didn’t happen for us today.”

The challenge game loss doesn’t detract from another excellent season put up by the Marauders.

“I am very happy with the season. The boys played great and they have been a great bunch to coach,” she said. “There is a lot of talent when you get to SOSSA and we did well to get this far.”

“That is pretty good,” Thomson said, with a laugh.

She attributed the success to the strong pool of athletes at Myer.