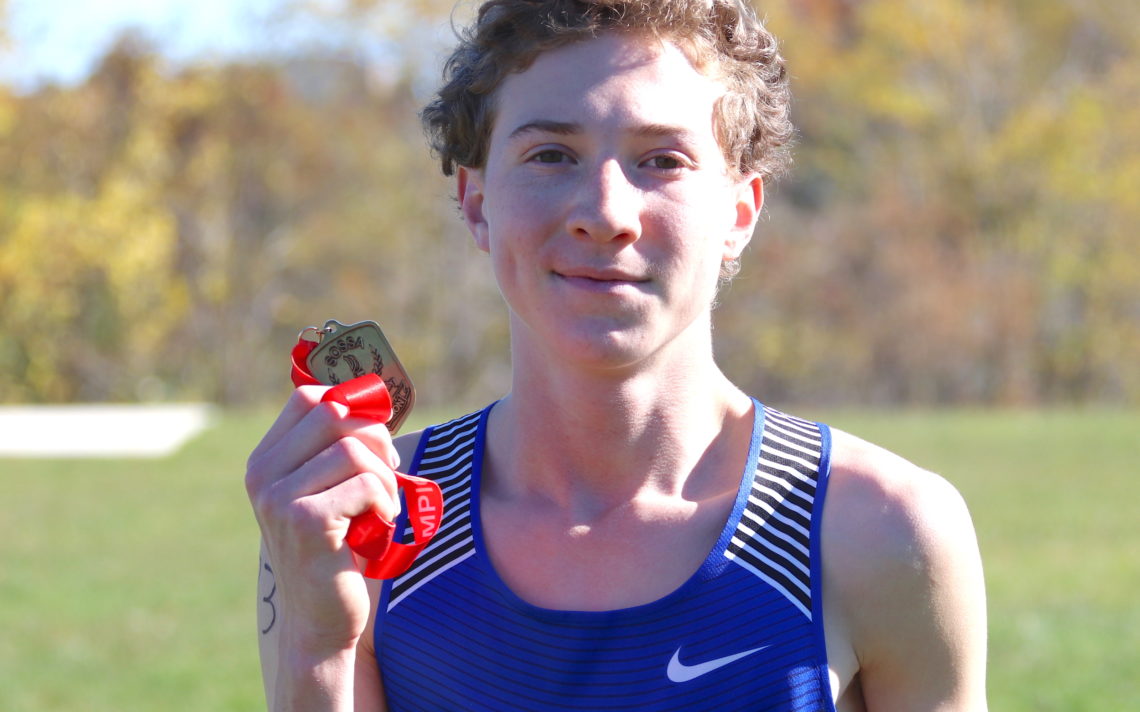 Last season, the Grade 10 student at Eden ran at the junior level as a novice. He barely made it to OFSAA at SOSSA but then finished 11th at the provincial championships.

“I was really proud of my result and my time there but I beat it today by a minute and 45 seconds. I am very happy with that.”

That result has the 15-year-old excited about the upcoming OFSAA championships.

“I definitely want to try and medal at OFSAA — that is definitely a big goal for me — and I want to run a sub-16:30. I have to work up to it especially because it is the Dagmar Course with the ski hills and it is going to be very tough.”

Tomori was a member of the Niagara Olympic Club and he recently moved to the Edge Triathlon Club for a change of pace. Both clubs have played a huge role in his development.

“I like to thank my new coaches Jeff (Scull) and Kyle (Jones) and my old coach Sharon (Stewart) was a massive influence to me. The runners at NOC they were also a big influence on me. I enjoyed running not with them because they were a lot faster than me but running around them. They really helped me improve my running and they were goal setters for me.”

The sport has always been a big part of his life.

“I have loved running since I was a little kid and it has been a really big activity for me. I really enjoy it.”

Julia Tremeer found herself in a familiar spot at the SOSSA country meet Thursday.

After placing second in the novice girls SOSSA race last year, the Grade 10 student at Notre Dame placed second in the junior girls division this time around.

“My first goal this year was to make it to OFSAA which I did so I am really happy with that. I want to do my best at OFSAA, try my hardest, have a good race and have fun with it.”

At this past spring’s OFSAA track and field championships, the Niagara Olympic Club runner was ninth in the 800 metres and 18th in the 1,500 metres.

“It is so much fun for me,” the 15-year-old Fenwick resident said. “I love running with my friends.”

She trained quite a bit in the summer and qualified for the Athletics Ontario championships but she didn’t start training for the longer events until the middle of August.

“I had to finish my track season first because that didn’t finish until the end of July,” she said.

The top two teams and the top five individuals not on teams advanced to the OFSAA championships Nov. 5 at the Dagmar Ski Resort in Uxbridge.