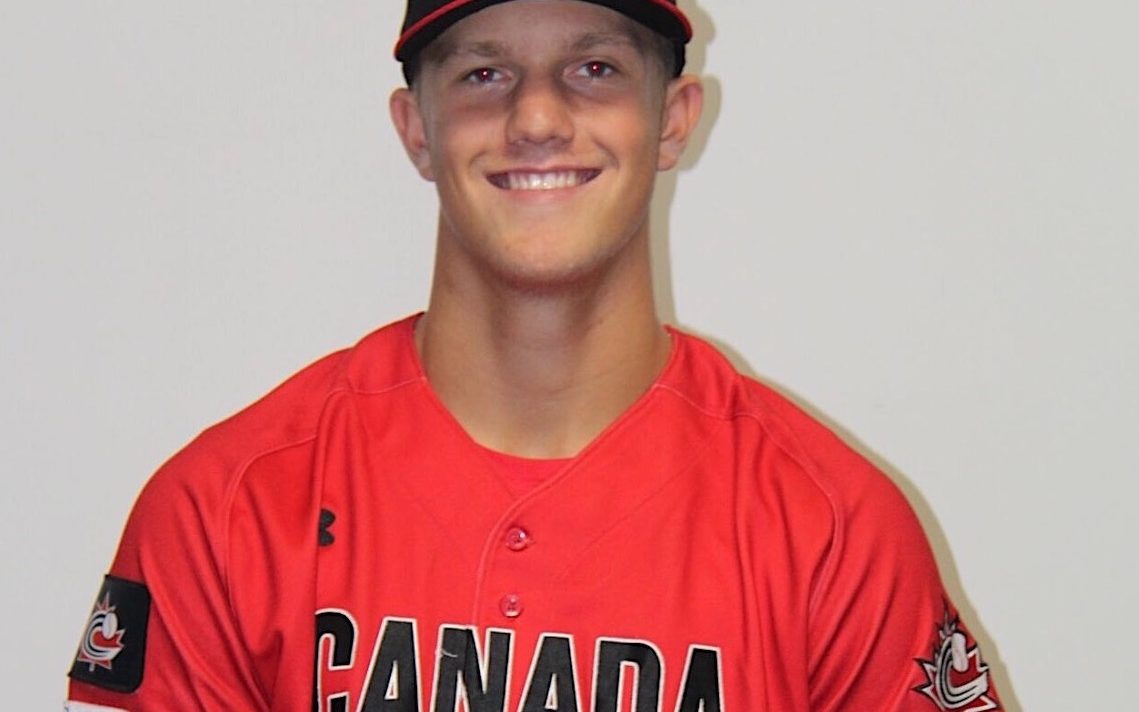 It has been an eventful and successful fall for Owen Diodati.

The 17-year-old Niagara Falls native has spent countless hours on the baseball diamond in the past couple of months as a member of Canada’s Junior National (U-18) team.

Diodati headed to Florida in late September to participate with Team Canada in a series of exhibition games before be invited to a selection camp where he was chosen to be part of the 20-man roster that competed recently at the U18 Pan Am Championships in Panama.

“I wasn’t really sure what was going to happen,” Diodati said, while taking a break from his studies at A.N. Myer. “I had only been on the team since April and there are guys who have been on the team for two full years or three full years.

“I knew I had a good fall and was on a bit of a hot streak and I hit well and made the 20-man roster.”

Diodati said the last few months have made his head spin.

“It’s been a kind of a whirlwind the last eight months. It came together all at once. It’s been really quick.”

The left-handed hitting catcher more than held his own in Panama, batting third in the order and playing in all of Canada’s nine games. Team Canada defeated Nicaragua 5-3 to capture the bronze medal at the tournament and qualify for the 2019 World Baseball Softball Confederation (WBSC) U-18 Baseball World Cup in Gijang, South Korea. 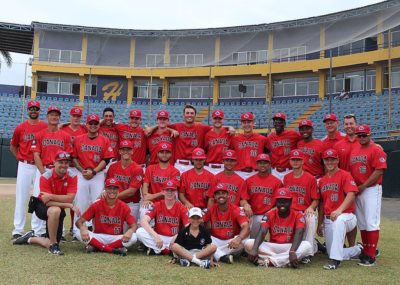 “It’s so much different than anything else I’ve done with Team Canada or anything else in my life,” Diodati said. “It’s international competition and you’re playing with your country across your chest. I’ve played for a provincial title and won a national title earlier in the year. Those were really special moments but nothing really compares to playing for your country.

“Just to think you’re playing with the best from your country and you’re going up against the best of other countries was pretty cool.”

Diodati, who was used as a designated hitter and at first base in the tournament, said the level of competition was an eye-opener.

“It was unbelievable. Every team was able to put out players that you might see somewhere down the road in the minor leagues or in the big leagues.

“Playing against every other team other than the United States, I found out we matched up pretty well. The U.S. is so deep and talented. Most of their team are going to be top-three round picks. It’s the best of the best and to see how you stack up against that is a good indication of where you are as a player.”

Individually, Diodati was satisfied how he performed.

“It’s funny because I had a really hot streak this fall and was hitting .400 plus in a lot of things I was doing and in this one I wasn’t above .400 so it didn’t seem I hit as well,” he smiled. “I was contributing. I had hits and RBIs.

“It was good I could contribute to help my country get a medal.”

Diodati is going to take a well deserved break from hitting and throwing for a month but still plans to hit the gym.

“I need to work out and get stronger. I lost a lot of weight from doing all this all summer and I wasn’t working out and sweating a ton,” he said.

“From January to March, I really want to improve my defence and catching and just getting more swings and reps and cleaning the little things up,” he said.

In March, Diodati will report to spring training in Florida and compete in exhibition games against minor league pro teams. Team Canada will also play the Toronto Blue Jays in a pre-season game, which is expected to be televised.

After that, it’s the Major League draft in June.

Diodati is already committed to Alabama, but is leaving the door open to see what happens in the draft.

“At this point, I have my sights set fully on Alabama. I’m really excited about playing at Alabama,” he said. “We’ll see what happens. I’m not going to count anything out 100 per cent now.

“I’ll see when that time comes. I’m focused on playing now and getting better. I’ll let my play dictate where those kind of things take me.”

Diodati, who has accepted a full scholarship to play for the Crimson Tide, isn’t about to rush into pro ball with a scholarship to a prestigious school in his back pocket.

“In my position, I’m not the kind of kid where pro baseball is on this pedestal and I have to play pro baseball out of high school.”