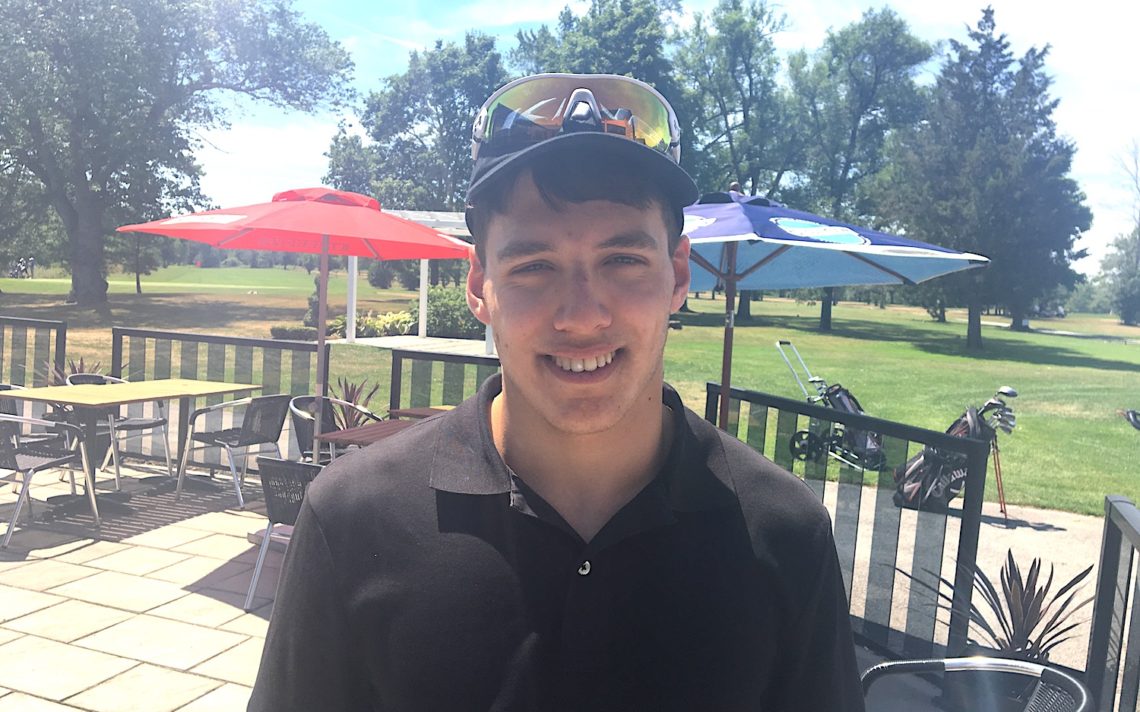 There appears to be no stopping R.J. Derhodge.

The 17-year-old Niagara Falls resident made it three wins in a row, shooting a 74 to take top spot in the boys U-19 category at a Niagara District Junior Golf Association tour stop Friday at Willodell.

Derhodge admitted the winning streak was on his mind.

“I put myself in that position but I try not to focus on it because I don’t want it to get to my head. I still have to play golf and play my own game,” he said. “That was definitely in the back of my mind, that I could win this again.

“My game was ready and I got it. I just stuck to it and kept playing my game and it worked out.”

“Everything was kind of OK,” he said. “It wasn’t really functioning but I made a couple of putts out there to make some birdies. I got some up and downs out of the sand as well.

“I wasn’t hitting a lot of greens so for sure I was scrambling a bit.”

“I wouldn’t be shooting these scores without it.”

Derhodge was able to stay away from any ugly holes.

“It’s important and stick to what you got and know you’re misses and know where to miss it to avoid that big number,” he said. “After you make a bad score on a hole, sticking to the plan is really hard but I just try to refocus and move on.”

Derhodge’s home course is Grand Niagara, but he enjoyed how Willodell played. He previously shot a 67 in a practice round on the course.

“It was pretty good. The greens were rolling quite quickly — not as quickly as Grand Niagara — but it wasn’t bad at all,” he said. “The fairways were a little sloppy, a little wet, but not bad conditions.

“It was a little windy, though. That was a factor today keeping it in play.”

Derhodge will only have the weekend to enjoy his victory. The tour has three stops scheduled next week: Monday at Lookout Point, Tuesday at Legends and Wednesday at Twenty Valley.

“For sure the pressure is going to be there to keep it going but I feel I can do it. I just have to keep sticking to it and working on my game.” 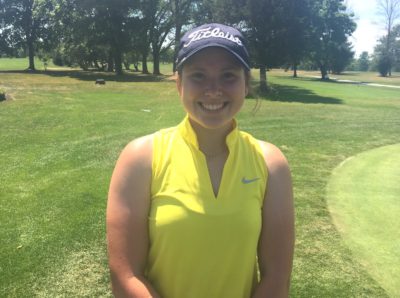 Payton Bennett’s had a delayed reaction to her first tour win.

The 15-year-old, Stoney Creek resident came off the 18th hole expecting to be tied and headed for a playoff, but instead found out her 77 was good enough to win the girls division.

Bennett’s round got off to an inauspicious start.

“I started off a little rough. I made a bogey on the first hole which I wasn’t expecting because the first two holes are two shot par fives,” said Bennett, who attends Cardinal Newman Catholic High School in Hamilton.

Bennett settled down after that and shot a consistent round.

Bennett said that consistency was the key.

“That helped a lot. That’s been my problem for the past three years. I did play consistent the whole way and then made an eight or nine, so to not have that today really helped.”

Bennett, who golfs out of Twenty Valley, joined the tour four years ago and enjoys the social aspect of the sport.

“It’s great. It’s really where I started playing competitive golf. I met so many friends. That’s where I find I play my best because we’re just having fun. I look forward to seeing the girls more than going out there and shooting a good score.”

The next stop on the tour is Monday at Lookout Point.