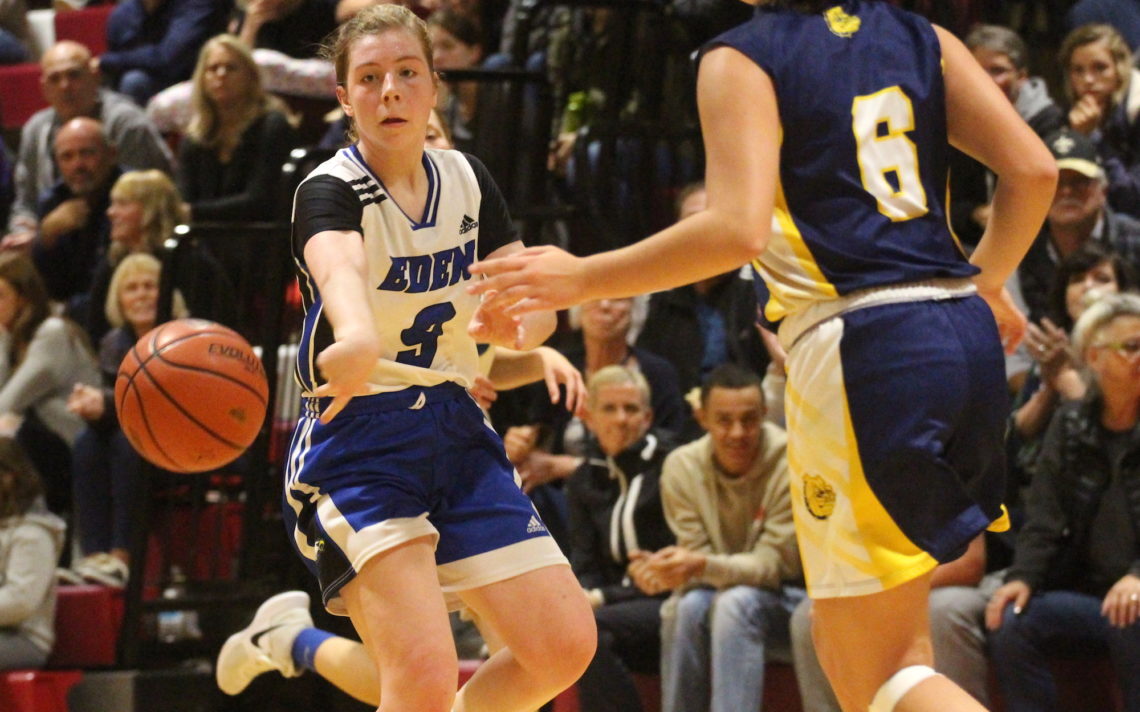 It was love at first bounce for Avery Cushing and the University of Toronto Varsity Blues women’s basketball program.

“I got to visit and practise with the team before all this (pandemic) happened and I just loved the campus and I loved the team,” the Grade 12 student at Eden said. “A week later, I committed.”

The 5-foot-6 guard liked a lot of things about her new hoops home.

“I loved that it was downtown and I am excited to live in the city and experience that on my own. But the school is in like a pocket so it doesn’t feel like you are in the big city which I like too,” she said.

Boasting a 95 per cent average in high school, academics are equally important to Cushing as the basketball.

“Before I chose, I told myself I wouldn’t settle for a basketball team over the program I wanted,” she said. “I knew I wanted to do kinesiology or nursing and I wasn’t set on which one. After seeing the kinesiology program at U of T, I knew that it would be good for my academics and my basketball.”

The 18-year-old Niagara Falls resident’s goals for her first season of Ontario University Athletics basketball are simple. As one of seven recruits coming in for the 2020-21 season, nothing will be handed to her.

“I plan on working hard in practices, earning my playing time and just playing my role on the team that Michele (coach Belanger) needs me to,” Cushing said. “She talked a lot about how she wants leaders on her team and how she wants everyone to speak up. She wants me, as a first-year, to learn from great players and leaders so that I can lead in the years to come.”

Cushing agrees the two areas she will need to work on at the next level are to adapt to the physical play of university ball and further evolve her offensive game.

“I want to keep improving on areas that I believe that I am strong at, like defence and ball control, but I definitely want to improve my shot and keep getting stronger so that I can compete with the strong women that are in university basketball right now.”

Cushing missed her Grade 10 season with a shoulder injury but used that down time to her benefit.

“It is hard to sit on the bench and watch your teammates play,” she said. “At first, that was my attitude but as the season moved on I realized I could learn a lot from watching.”

“Avery has been a leader on and off the court. She works very hard to improve her game, but also realizes the importance of being inclusive of all of her teammates,” he said. “She has a great sense of what is required of her to help her team succeed. She looks to score when her team needs that, is a lock-down defender, has great court vision and is a willing passer. When Avery is on the court, it is like having a coach out there, leading in a positive manner and making insightful suggestions for improvement.”

In a press release, Belanger welcomed Cushing and the other recruits to Toronto.

“All have proven themselves to be great student/athletes on and off the court. They come the university with immense versatility, possess high compete attitudes and demonstrate great efforts in all they do,” she said. “They will complement our existing returning athletes by continuing to enhance our team culture; of trust, communication, hard work and above all, the true meaning of team.”

Like everyone, Cushing has been dealing with the consequences of COVID-19.

“It was hard at first but I am getting used to it,” she said. “It has been school and movies and stuff.”

The Niagara Girls Basketball Academy Juel player has also been trying to stay sharp with basketball, shooting hoops in driveway and working out.

“I started online workouts with the U of T and every day my Juel coach Tara (Poulin) sends out a challenge for our team,” the two-time North Top 10 all-star said.