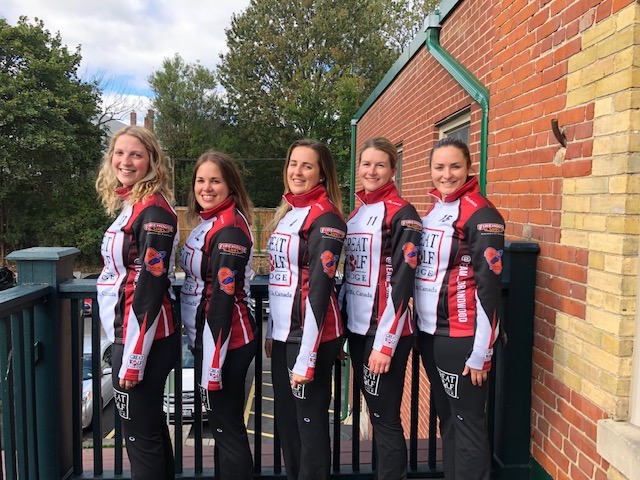 The Chelsea Brandwood team continues to take strides in its curling development.

“We know that we are so close,” Brandwood said. “In all of our games at provincials, we’ve never really had a blowout or anything. They could have easily gone our way. It’s just getting more consistent with those rocks and putting them in the right spots.”

“Both years, the games against her were so close and they came down to the last rock,” Chelsea Brandwood said. “We are right there and it is just one or two shots that are missed the wrong way.”

Brandwood a former Ontario junior champion and silver medalist at the Canadian juniors, feels her rink is still getting used to competing at the women’s level.

“In juniors, it was a lot easier,” she said. “As long as you put five or six shots together, you were kind of in a good spot. In women’s, you need seven or eight rocks in a good spot or you’re in trouble.”

Brandwood’s squad focused on a number of things this past season.

“In our first year together in 2108, we didn’t have a coach or anything and we had a different alternate that year. We were just putting our foot in women’s because none of us had really played in women’s before,” the 24-year-old Grimsby native said.

It was a year to get comfortable but it was also a year when the rink won its first World Curling Tour event, defeating Korea’s Gim Un-chi in the final of the Gord Carroll Curling Classic.

“It was huge to win and show that even though we were a younger team and we were new to women’s curling, that we deserved to be in these spiels and to be at the top as well,” Brandwood said.

The team’s best tour finish since then was a semifinal berth at the Stu Cells Toronto Tankard.

This season, the team utilized a couple of different coaches and consulted with former Brier and world champion Richard Hart on what they needed to focus on. Going into next year, the team wants to improve its sweeping.

“That is a big thing to improve especially when you look at Rachel Homan’s team,” Brandwood said. “Their sweeping is just so good and we need to work on that and improve our fitness a little bit more too.”

Finding time to practice together is difficult because Nuhn is from Listowel and Holliday hails from London.

“When we are not curling in a spiel on a weekend, we try to get together for a day and do stuff on and off the ice,” said Brandwood, who throws rocks by herself three or four times a week.

With the COVID-19 pandemic, on-ice time has been halted.

“I’m not happy about it but we have to do it for the safety of ourselves and everyone else,” she said. “It makes sense to close it and we are taking it day by day to get through it. I do a lot of off-season training and when I can get back on the ice, I will be right on that.”

The squad is hoping to find a full-time coach next season and that will require finding even more sponsorship.

It has made some money on the World Curling Tour but not enough to cover expenses. Sponsors such as Great Wolf Lodge are crucial for the team.

In the first year, they only had three sponsors and in 2019-20 they had eight. The main expenses are travel and accommodations.

The team gets plenty of love and support from the St. Catharines Golf and Country Club.

“They have helped us with so much, even with us going to provincials because we didn’t have as successful year as we did,” Brandwood said. “We had a couple of people donate quite a bit of money to us which helped cover a lot of our costs, including our two hotel rooms.

“They are very supportive and always encouraging.”

The Brandwoods and Sandham curl in a Tuesday league at the club and they are always feeling the love.

“Everyone is interested in how we are doing and asking if they can come watch.”

“All of us have the same goal. We want to get to the Scotties,” she said. “For me, I have been watching curling my whole life growing up and I’ve seen the celebrations. Even winning the Ontario juniors and going to the Canadian final gave me butterflies just being in that moment.”

Her father Todd competed in the Brier in 2000 and he’s also a source of inspiration.

“Watching him be so successful has driven me and I love playing the sport,” the Beamsville resident said. “And it’s always changing which is super interesting as well.

This past season, Brandwood competed in mixed doubles for the first time. 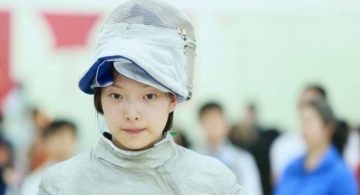