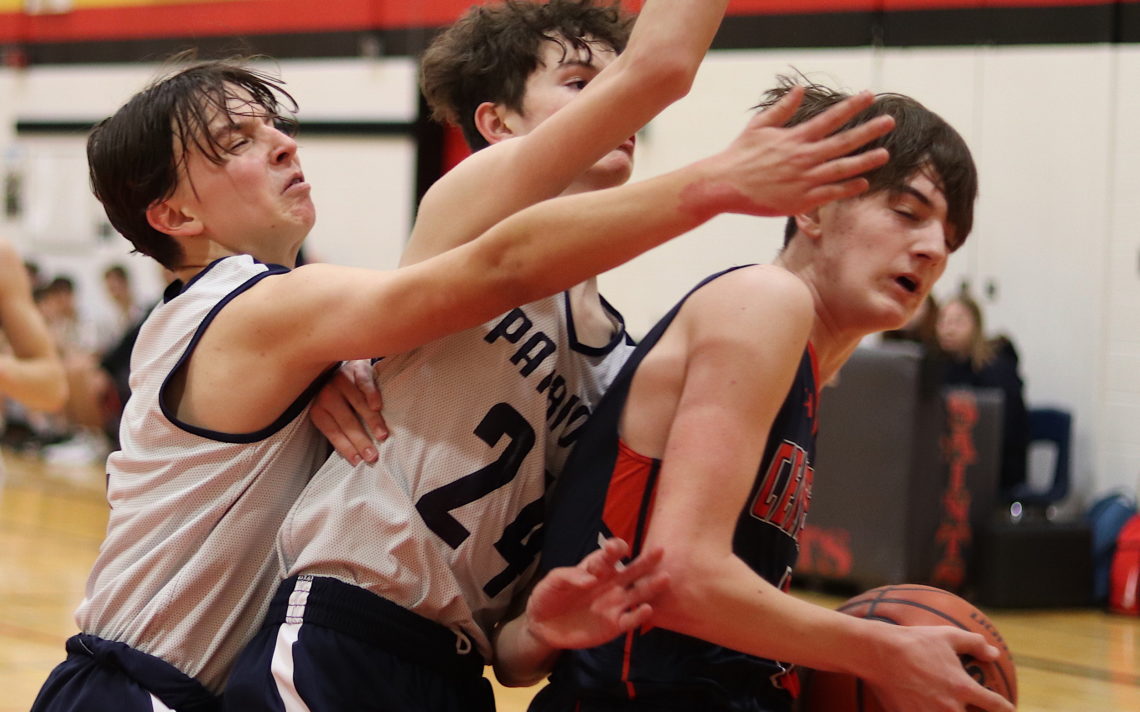 The Centennial Cougars rode the hot start of Joel McDede to the junior consolation title at the BPSN Best of Niagara Boys Basketball Tournament Friday afternoon at St. Catharines Collegiate.

“Joel has been playing really well for us and he has been getting better throughout the season,” Centennial assistant coach Craig Maltais said. “He is a guy who has a very high ceiling and I think he is someone who is going to adapt well into senior ball, getting a little bit more space and being able to run the floor.

“The first quarter today he really lifted us up and helped us get going.”

The 16-year-old Thorold resident scored eight of his team’s first points and netted 10 points in the first quarter to power Centennial to a 54-35 victory over the Saint Paul Patriots.

“We had to run the break against a team that good and I think we did that,” McDede said.

The six footer finished with a game-high 14 points for his team.

McDede was thrilled to get in some extra games in the BPSN tourney after the Niagara Region High School Athletic Association season ended.

“We needed them. We got off to a slow start and ended up on a high.”

He is excited to play senior basketball next season.

“I will need to work on my shooting, my ball-handling and focus on leadership.”

“It was a tough game for us,” Saint Paul head coach Josh Lennox said. “They played really well. They have a lot of speed and length and their zone gave us problems. We were missing three starters and they hurt us inside more than anything and we couldn’t generate any baskets.”

Lennox was happy to see his team get four more games in  after the Niagara Catholic Athletic Association season ended.

“It was amazing and Issac (Jordan) had a great little run for us,” he said. “We got some guys who haven’t played much throughout the year some major minutes and we were very grateful for the tournament.”

Jordan lived up to his famous last name, scoring 18 points in the consolation final and averaging 23.7 points per game.

Maltais liked the effort of the Cougars Friday.

“This tournament has gone well and as the teams got a little tougher deeper into the tournament, our guys stepped up their game and played team basketball which really helped us out a lot.”

After opening the BPSN tournament with a 62-25 loss to Saint Francis, the Cougars made it to the final by defeating DSBN Academy 50-25 and Denis Morris 45-32.

The Cougars were full value for the win Friday.

“The game went really well for us,” McDede said. “We played smarter and we tried to run the fast break.”

Irish knock off Myer in OT

Top dog in the paint