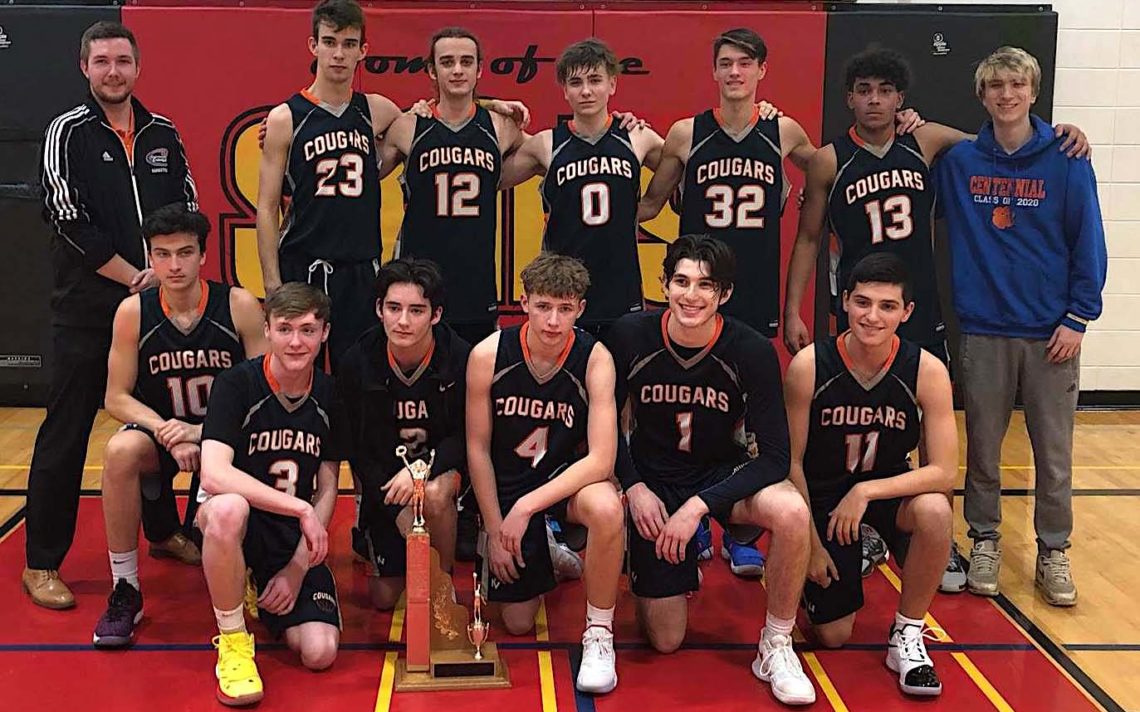 Nick Yioldassis went from cold to hot in a matter of minutes Friday night.

The 17-year-old, Grade 12B student managed just four points in the first half, but more than redeemed himself in the second half of the consolation championship game at The Standard High School Basketball Tournament held at the Collegiate.

Yioldassis drained 15 in the second half — including two game-winning foul shots with .09 seconds remaining — as the Centennial Cougars edged the Sir Winston Churchill Bulldogs 49-47.

Yioldassis hit two of three from the charity stripe after being fouled as time wound down.

Yioldassis went to the line with the score tied 47-47 and missed the first shot.

“Usually after you miss the first one you’re able to hit the second because you’re more focused on the rim. I was just trying to get it through my head to keep focused,” he said.

Centennial coach Craig Maltais was happy for his veteran forward.

“It’s great he knocked down two of three and gave us the lead,” Maltais said. “We were fighting for it all game. He’s the guy we want with the ball, he’s been working hard for us for years at Centennial, but it’s good for him to have a moment like that in a big game.”

Yioldassis also hit a pair of big shots down the stretch, including a key three-pointer with 1:46 to play that gave the Cougars a 46-42 lead.

“In the first half they were playing pretty good defence on me and in the second our other guys started taking it to the basket and I started to have more open looks,” he said. “It was a bit frustrating but we knew if we kept shooting, they would eventually start to drop and that’s what happened in the second.”

“It’s always better when the shots go in but we were getting good looks in the paint, too,” he said. “It’s just a matter of getting those to fall.

“In the second half, we were more ready to do that and little by little we chipped away.”

Yioldassis was thrilled to be able to bring a title to his school in his final year.

“It feels really good because we’re such a young team and it’s good for experience.”

It was the second consolation title in tournament history for the Cougars, who won the B consolation crown in 2002/03.

“It’s good for us to experience something like this for us as we get to the Tribune Tournament and OFSAA, we have some big game experience and we have been there.”

“It happened so fast and we were playing so well, the bottom line is the ball just stopped falling,” he said. “We were taking a lot of shots and getting the looks and couldn’t get anything to go in. They started to claw back on us and we just didn’t score in the second half.

“I played a lot of guys a lot of minutes and maybe I overplayed a couple of kids and maybe they got a little tired. We’re still in an early phase for us so we’ll build and have some guys who can come off the bench and be a little stronger there.”