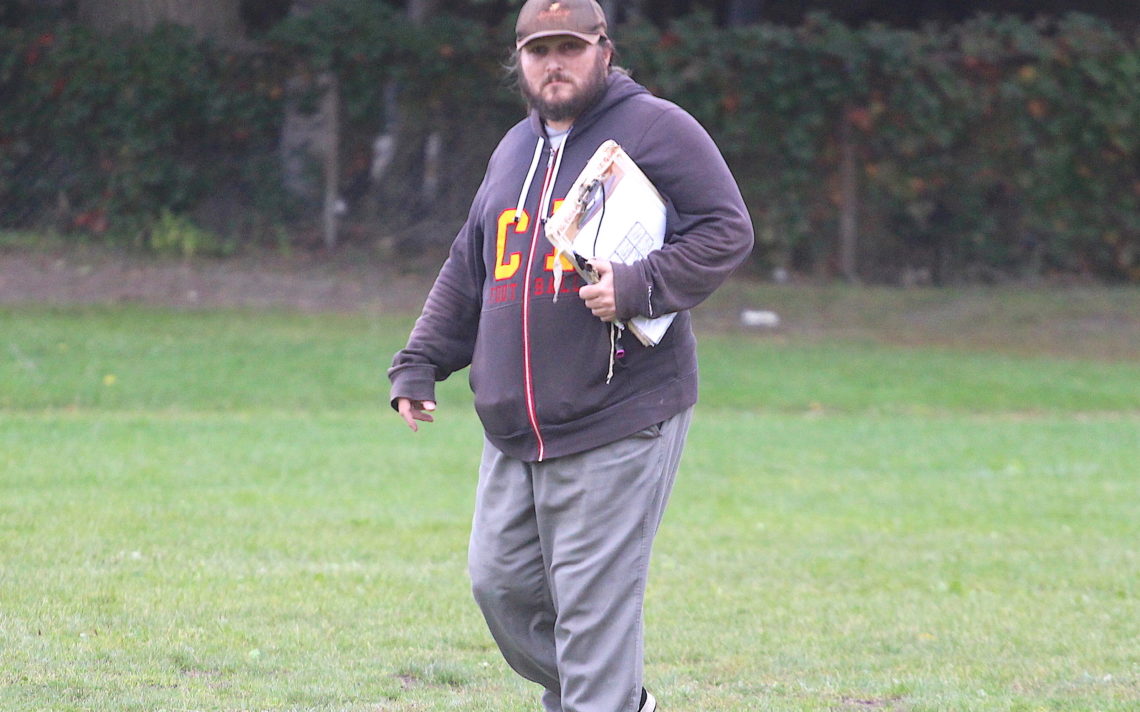 No school will be able to convince St. Catharines Collegiate’s head football coach that the grass is greener elsewhere.

“There’s a lot of different high schools that ask me all the time to join their staff and be part of their programs and there’s a lot of great programs out there that I admire,” Nathan Greene said. “But the Collegiate kids have a special place in my heart.

“It is hard to gain trust and build relationships there, but once you gain that trust, it is there forever and they will go through a brick wall for you. That is important to me.”

Greene, who took over from Chris McBride in 2014, feels he is doing important work with the Saints.

“The socio-economic area that we draw kids from is challenging at times and they don’t always have role models or the opportunity to play sports,” he said. “When you can fill that role and it’s their only outlet, that is meaningful.

“Those relationships and the impact I have on my student/athletes are what drive me to stay at Collegiate.”

Gord Watt, who coached Greene to an Ontario minor lacrosse title and encouraged him to try out for the Brock lacrosse team, has a long-standing appreciation of Greene. Watt used to help coach football at West Park and he is now a part of Greene’s staff.

“Nathan is so dedicated to his program and his kids, sometimes to a fault,” Watt said. “Everything that happens with Collegiate football, Nathan makes it happen.” 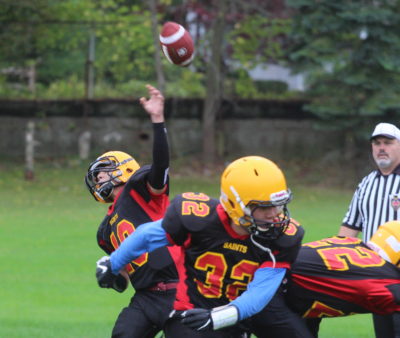 Greene organizes the equipment, makes sure all of the eligibility sheets are done, arranges to have the Hamilton Ti-Cats help out with the program and takes kids to watch Hamilton games. And that is only a small sample of what he does.

“He drives kids home and if kids need a buck or two, he will give them that too,” Watt said. “He is really a special guy and when he says he is going to do something, he’s there and he makes it happen.”

Watt feels Greene is the perfect fit at Collegiate, where success isn’t based on wins or losses.

“The successes we have are more personal and individual and we are quite happy with that because of the relationships we have,” he said. “I know Nathan has great respect from every kid that he coaches because they understand that he makes things happen for them that nobody else can.”

“For me, it is all about the kids. It excites me to see the development of athletes and seeing them grow, not only as football players, but as men.”

The motto at Collegiate is ‘No excuses, no regrets’ and Greene always ends practices by saying ‘No excuses’ and his team responds with ‘No regrets’.

If Greene is walking around town or at the Pen Centre and sees one of his players, he will say ‘No excuses’ and the player will always finish the motto.

“The no excuses part is obvious and everyone can pick up on that but the no regrets is the important part as far as the team motto goes,” he said. “If you always give your very, very best, then the end result is inconsequential. It’s the process that matters. If it was meaningful and important to you, that’s what it is all about.”

Greene has no desire to leave Collegiate but he does eventually hope to hand the head coaching reins over to Lori White. He expects her to become the first female head football coach at a Niagara high school.

“She is a big part of the program and every year her football IQ goes up and her passion for the game is second to none,” the 46-year-old St. Catharines native said. 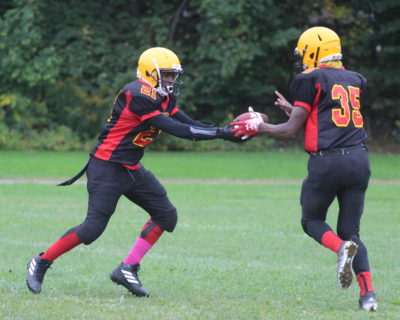 “It is just a matter of time before she is head coach and I hope it is at Collegiate. I am really proud of the things we have done at Collegiate.”

One of those things Greene is most proud of dates back to the previous head coach.

“We work hard at fundraising to make up that difference and our administration is super supportive in their financial commitment to us.”

The highly recruited, former Lakeport football player’s commitment to coaching football came after he returned to Niagara from an aborted attempt to play scholarship football at Concordia.

“My pathway seemed blocked as far as football went and I wasn’t willing to ride the pine until year four or five.”

He decided to finish his business/economics degree at Brock and was a successful walk-on with the men’s field lacrosse team. He ended up being part of two Canadian university championships.

While back home in Niagara, he heard that Lakeport coaches Gary England and Walt Oprzedek had retired and it looked like there wouldn’t be a football program at his alma mater. Greene took matters into his own hands and one day he waited at principal Ron Matsushita’s office after school. Matsushita was a former football coach at Collegiate and was a receptive audience.

“I told him that it was unacceptable that there wasn’t going to be a football team and he agreed,” Greene said. “He didn’t miss a practice and he was one of my all-time favourites. I learned a lot from him and George Kalagian as well.”

Greene coached at Lakeport from 1995 until 2008 before spending an amazing season at Niagara District. A community effort helped resurrect that school’s football program in an effort to help try and keep the school open.

“We put together a football team that year with 40 kids who had never played a game. We literally had to show them how to put their equipment on on the first day that the pads arrived.”

The squad started the year participating in controlled scrimmages and by the third week of the season was playing full games. The season culminated with an end of the year exhibition game victory against A.N. Myer.

“The whole town of Niagara-on-the-Lake came out to support that Saturday afternoon game,” Greene said. “It was honestly like winning the Super Bowl for those kids and it was probably one of the most satisfying moments that I had ever been a part of. That year was pretty special.”

After that season, he joined McBride at Collegiate.

“He is a favourite of mine as well and I always admired his teams when I coached against him and it was fantastic to be a part of his staff,” he said. “It was fabulous to learn from him in his last four years of coaching football.” 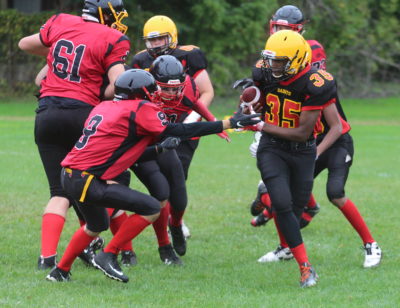 “As a defensive coach, I am more of a bend and don’t break kind of guy. I try to maximize our strengths and minimize any weaknesses,” he said. “On the offensive side, you see what the defence is giving you and you try to take advantage of that.”

Greene has also coached with the Niagara Spears’ bantam and junior varsity teams since 2014 and with Niagara Youth Flag Football the past two years.

“You work on teaching fundamentals but you combine that with aspects of dramatic play,” he said. “Instead of us doing a pursuit drill where they are pulling a flag, we change it into the running back is an ogre and everybody is knight who has to attack the ogre and take his flag.”

Like all of Niagara’s high school coaches, Greene has been derailed by the COVID-19 pandemic.

“It really is too much time on our hands and really missing football is the big part of it,” he said. “I used to play a lot of golf in my working days and I have filled that void with coaching over the last few years.

“When you stand with your high school coaching staff five times a week for two or three hours a day, all of the sudden that’s gone. That is a big chunk of my week that I am looking to fill and it gives you a new appreciation.”