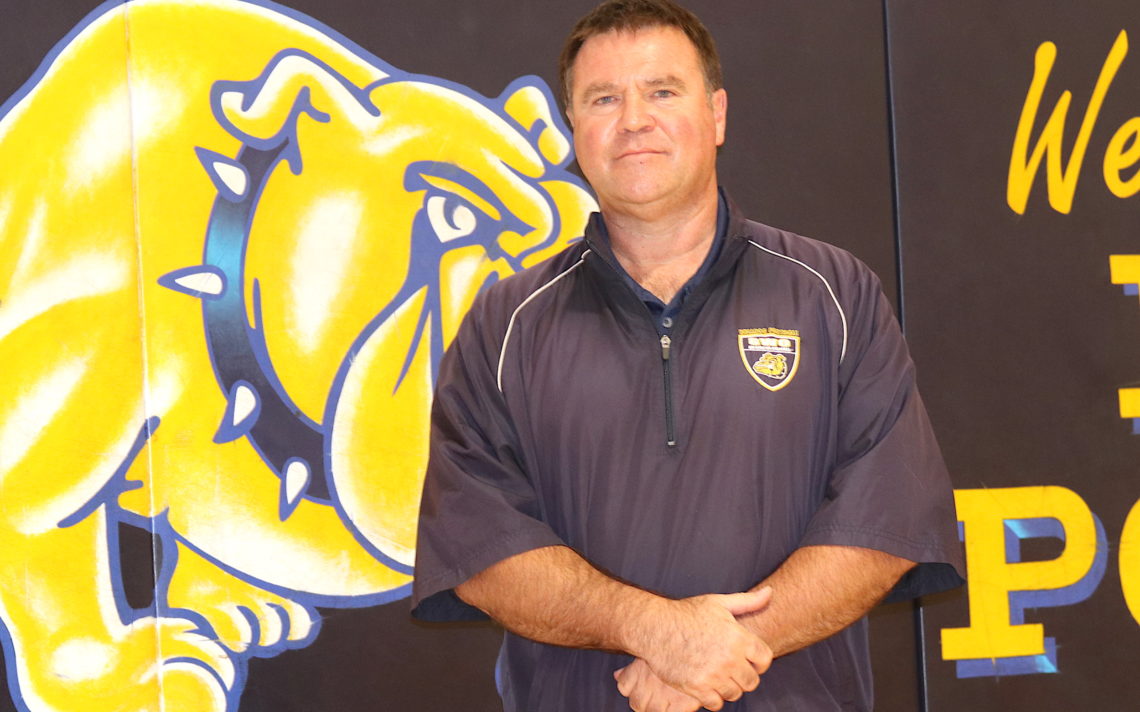 If not for the COVID-19 pandemic, Peter Perron would be in the midst of his 34th year of coaching high school football at Sir Winston Churchill.

“At the end of the school day, you can go home now. It’s a big hole in your life and you wonder what you are going to do with yourself,” he said. “I am missing the kids and the joy, the excitement, enthusiasm and apprehension of what we are going up against.”

During a normal season, Perron runs five practices a week unless there’s a game day. He is on the field with the team until 6 p.m., gets home at seven, has a bite to eat and then is up until midnight preparing for next day’s classes and football practice. It all begins again at 6:30 a.m. the next day. 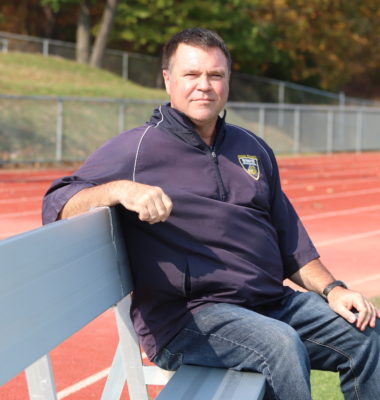 Perron added to his busy schedule a few years ago when he was helping to coach the Niagara Raiders of the Canadian Junior Football League. He did it for a few years before he decided it was putting a strain on his health.

“It is a lot of work and there are sacrifices you make with respect to family, but for me, it’s all about working with kids, seeing them develop, getting them from A to B and seeing them be successful in football and life,” the 57-year-old native off Buckingham, Que., said. “There are a lot of life lessons that help down the road.”

He describes football as a tool.

“The kid are taught to be good young men and they become successful. It’s teaching work ethic, it’s teaching dedication and my strong emphasis is on family.”

That family focus is evident when former Bulldogs get together for alumni parties and golf tournaments.

“It started with (former head coaches) Jim Harrison and John Gammage and we will have guys from 1959 play golf. It’s always a full house (for events) and people are always asking when the next one is.”

“It’s like my philosophy on life and you can never stand still,” he said. “My philosophy is be good, be a good citizen and be kind to the other people, but you have to work hard in life because nothing is going to be handed to you.

“You can make excuses in life but you always have to meet that challenge.”

He feels high school football is an important part of school life.

“I have my religion and that is a priority too, but football is almost like a religion to me,” he said. “It is what it develops in a person and it’s a sport that challenges you to be tough and work together. I can go out there and be a star but it means nothing if you don’t have 11 other guys with you working hard. And it’s taking things from sport that make you a better person in life.” 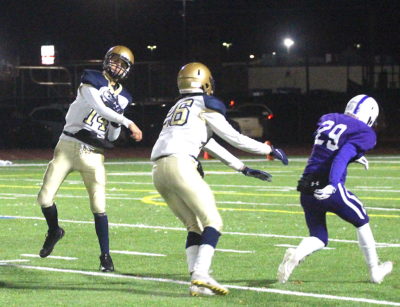 Perron has plenty of empathy for his football players who are missing their seasons, especially the 12B students.

“This was going to be a really great year because we had the right number of 12Bs coming back, we had a good crop of younger kids in the skill positions that were in Grades 10 and 11 last year, and the Grade 9s we had last year played in senior games. Seeing the Grade 9s I have this year with their size and experience in minor football, it was going to be great.”

He wasn’t predicting a championship, but felt the Bulldogs, who made the Niagara Region High School Athletic Association final last season, would have been extremely competitive.

“This would have been the completion of an upward trend.”

Many of his football players are holding out hope of having a spring season in 2021 and Perron feels anything is possible.

“You have to be optimistic and we have to pray that this COVID pandemic will be over eventually. It may not be but you have to think the glass is half full and not half empty. There are no problems, only solutions and it’s how to find that solution.”

Perron’s football passion started as a member of Philemon Wright Falcons, a high school in Gatineau, Que., where Perron was a member of a team that won a provincial championship.

“That’s where I got my love of football. You win a championship football game and you’re playing Montreal. It was a big thing in those times.”

He moved on to play two years of university football with the Ottawa Gee-Gees as a hybrid lineman/linebacker. His head coach was Joe Moss, a former NFLer, and his linebacker coach Ray Nettles, was a CFL hall of famer. 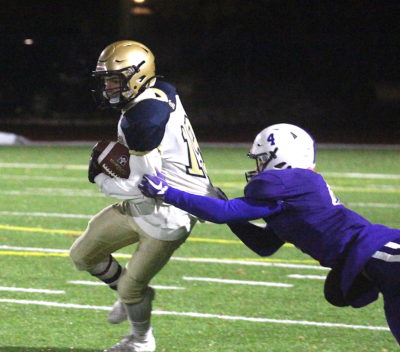 “We had a great pedigree of coaches who were there with us.”

While attending teacher’s college, he helped one of his professors, Dr. McKelvey, place five students in internships and McKelvey returned the favour by putting in a good word for Perron with John Ashley, who was the head of the history department and an assistant football coach at Sir Winston Churchill. The school was looking for someone to teach French immersion science, physical education and coach football and other sports.

“I fit the bill. I could teach French immersion science, I could do phys-ed, I could coach football amongst other sports and in those days it was a bit of an influence.”

Perron had an interview with Churchill principal Eric Mitchinson in January of 1986 and started teaching and coaching that fall. At the time, Harrison was the head football coach with assistants Paul Salfi, Ashley and Stan Oprzedek. When Harrison retired, Gammage took over as head coach and he was succeeded by Perron in 1999.

In addition to football, Perron has also coached basketball and track and field at Churchill. He still coaches track but gave up basketball because coaching two sports at once was too much.

“There came a point in life when family life had to take precedence.”