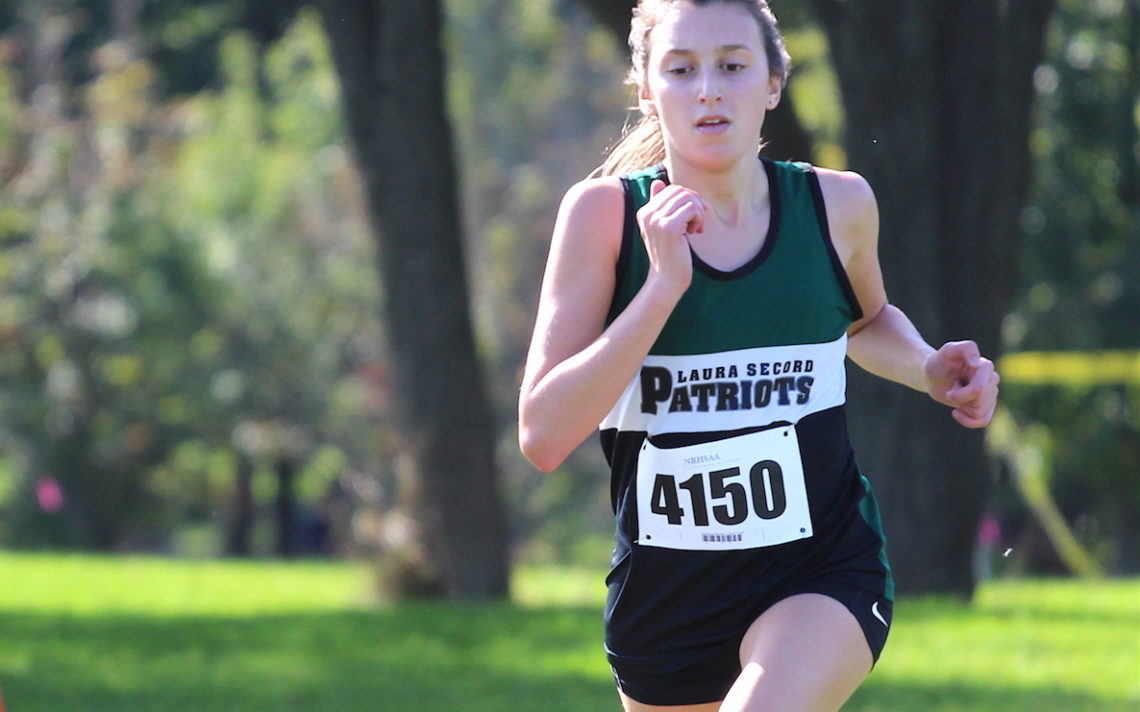 In the development of high school long-distance runners, athletes can make incredible strides early in their careers.

By the time they are in Grade 12, top-calibre runners like Holy Cross’ Campbell Lee have a much harder time shaving seconds off their personal bests.

“Once you get to this stage, there’s no massive jumps like Grade 9,” Niagara Olympic Club coach Bill MacDonald said. “It’s little by little but the race today, I wasn’t even there and he knew when to make a move.

“He was in the forest with somebody and the next minute boom it was time to go and off he went.”

Off he went indeed. Competing in the senior boys division at the Zone 3 and 4 cross country meet Thursday at Firemen’s Park in Niagara Falls, the Grade 12 student cruised to a comfortable victory to defend his zone crown. 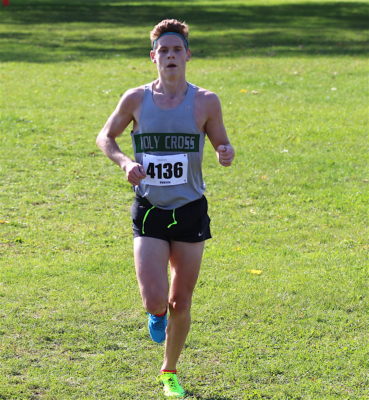 “I just wanted to stick with whoever was leading and then maybe kick on the last k (kilometre),” Lee said. “But I wanted to go and I decided to go early today.”

“The guy who came second last week, Santiago (Gaitan-Caballero), I was about 20 second ahead of him,” the 17-year-old said. “He ran the same but I was feeling a lot better this week.”

He was feeling so much better that he beat runner-up Gaitan-Caballero by more than 47 seconds.

“I was sick for OFSAA and didn’t have a good day which was pretty disappointing,” he said. “I’m really excited about this year.”

Lee started running seriously at the end of Grade 10.

“I ran cross country in Grade 10 and I really enjoyed it and did pretty well with it,” he said. “I joined the Niagara Olympic Club at the end of my Grade 10 year for track season and I really liked it. I decided to stop playing hockey and took running more seriously.”

He was playing AA hockey when he quit but he has obviously made the right choice.

“I have been taking it more seriously and I’m more focused  on trying to be with the top level of guys in the province and in the nation,” he said. “I want to be up there at the top level.”

His goal for OFSAA is to medal. In the long term, he wants to be a scholarship runner at an American university.

MacDonald is confident Lee will achieve his post-secondary goal.

“Campbell has improved so much in the last year,” MacDonald said, attributing it to a number of factors.

“He communicates well, he puts in the effort, he wants feedback and he listens.”

“It’s always the little things,” MacDonald said. “It’s eating right, getting enough sleep and making sure you are doing your intervals right on time.

“That’s what brings you to the next level.”

Mackenzie Damiano has a history of near misses in high school cross country racing.

“I missed OFSAA by one place lots of times and last year I missed by literally a foot,” the Grade 11 Laura Secord student said “This year, I am hoping to go.”

She did make it OFSSA track and field last year in the 3,000 metres.

“It wasn’t my best race mentally but I did well physically and now I am ready to do it again,” she said.

On Thursday, she took her first step towards OFSAA by winning the Zone 4 title at the Zone cross country meet held at Firemen’s Park in Niagara Falls.

“I may have won one in track but this is my first zone title in cross country,” she said. “It feels pretty good.”

Damiano has been running since Grade 5 but has never joined a running club.

“I started running with a triathlon club in Grade 10 and I’ve made quite a bit of progress,” she said. “I just want to keep getting better and keep working hard.”

She’s hoping to do a triathlon next summer.

“I come from a swimming part and I am really excited about the swimming part in the open water. and putting it all together with the running and cycling.”

She will hope to quality for OFSAA next week at the SOSSA meet at the Christie Conservation area. 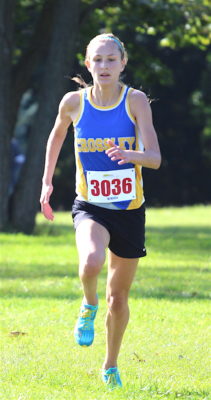 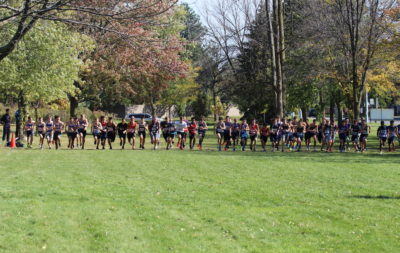