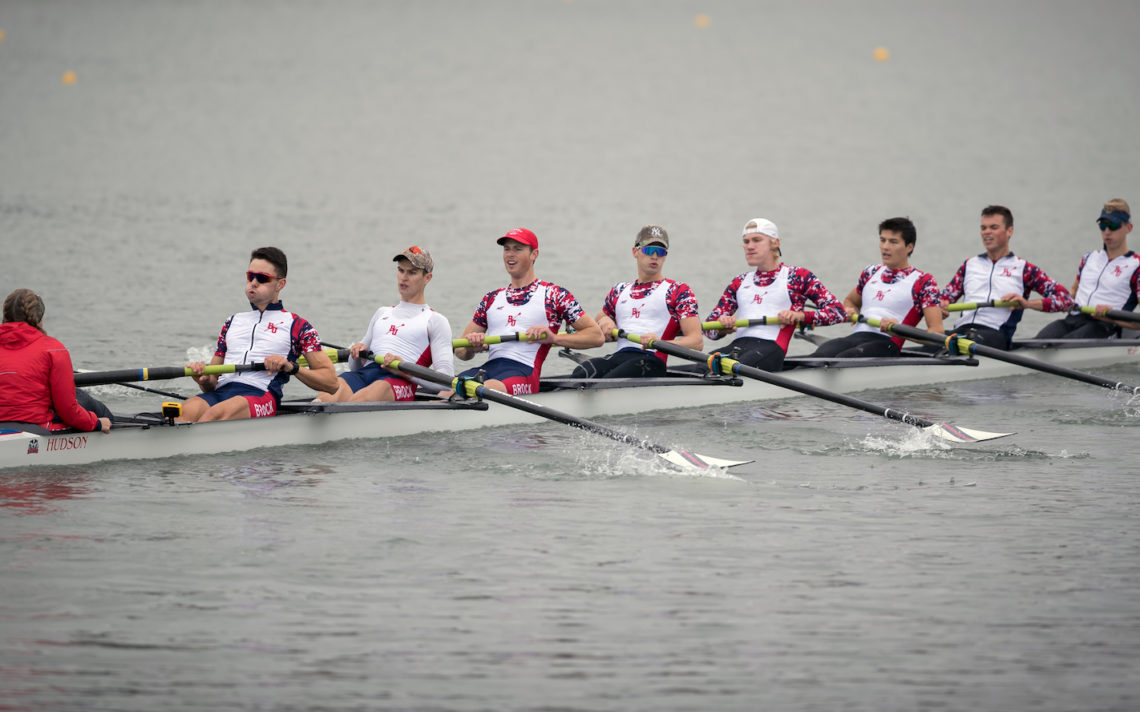 “We knew that winning a men’s championship was in reach even though Western was ahead of us there,” Brock head coach Peter Somerwil said. “The coaches came up with a few boating lineup changes that helped us get some speed and the athletes knew they had to find some speed and step it up internally to get the job done.”

The athletes did just that capturing four gold, one silver, and one bronze medal to win the OUA men’s crown in St. Catharines this past weekend and end Western’s two-year reign as provincial champs. 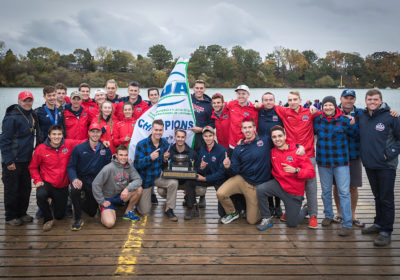 The race for the men’s team title came down to the final race of the day with Brandan Andrews and James Potts competing for Brock in the lightweight pair.

“We won the pair going away to give my heart a little rest,” Somerwil said.

Brock’s Taylor Ashwood was named co-winner of the male athlete of the year award and the Badgers’ lightweight coaches Scott Anderson and Tom Kent were named the men’s coaches of the year.

On the women’s side, Western won the title and Western lightweight coach Sara Matovic, a St. Catharines native, was named the women’s coach of the year.”

Brock’s women came second for the first time since 2009.

“Overall, our women’s team is slowly coming around and getting better, and on the lightweight women’s side we have a lot of experience,” Somerwil said.

Reached while driving a boat trailer with coach Swede Burak through a snowstorm in North Dakota, Somerwil was on his way to the Canadian University Rowing Championships which start Saturday in Burnaby, B.C.

“We have a pretty good group of both.”

A number of other local athletes performed well on enemy boats.

Guelph’s Carly Zanatta, a Fort Erie native who has rowed for E.L. Crossley and the St. Catharines Rowing Club, won gold in the heavyweight double and took silver in the lightweight double.

Rowing for the University of Toronto, Fenwick’s Jacob Koudys, an E.L. Crossley grad, pulled to third in the lightweight eight.

Competing for Carleton, Niagara Falls native Owen Powell was on a boat that placed third in the lightweight eight.

Johnny Augustine had 21 carries for 151 yards to lead the Guelph Gryphons football team to a 30-8 victory over Ottawa in the OUA quarter-finals.

Also for Guelph, Saint Paul product Jordan Terrio had two catches for 41 yards, including a 10-yard TD grab; and, Notre Dame alumnus Sandor Mod had a solo tackle and an assisted tackle.

St. Francis grad Jelena Mamic started for McMaster in a 70-51 victory over Guelph and had four points and nine rebounds in 26 minutes of playing time. Holmes had 11 points and five boards for Guelph and A.N. Myer product Ally Peek added a point and a rebound.

The Brock men’s and women’s basketball teams will both take 2-0 league records into a five-game road swing starting Friday at York.

The Brock women’s hockey team sits in fourth place in OUA women’s hockey after defeating ninth-ranked Western 2-1 in a shootout and quadrupling Windsor 4-1.

Against Western, Kimberly Brown scored in regulation on an assist from Beamsville’s Annie Berg and Maggie Spratt-Malick potted the shootout winner. Jensen Murphy made 42 saves to pick up the win in net.

Scoring versus Windsor were Paige Cahoon with a pair and singles to Amanda Ieradi and Brown. Brock has two regulation wins, an overtime win and a loss in regulation.

Brock men’s hockey squad sits in fifth spot in the OUA West Division after recording its first two wins of the season.

Clint Windsor made 33 saves to lead the Badgers to a 4-0 victory over Windsor. Scoring for Brock were Matt MacLeod, Ayden MacDonald, Brandon O’Quinn and Connor Brown.

In a 5-2 victory over Western, former Niagara IceDog Mack Lemmon scored twice and singles were notched by Jeff Corbett, MacLeod and Brayden Stortz.

Brock has two wins, three losses and an overtime loss.

A 17-3 over Laurier has advanced the Brock men’s field lacrosse team to the Canadian University Field Lacrosse Association Baggataway Cup semifinals next Saturday in Kingston.

Josh Wood picked up the win in goal.

Brock’s men were 10th and its women were 11th at the OUA cross country championships in Windsor.

Governor Simcoe grad Mary Ingribelli was named Niagara College’s female athlete of the week. The St. Catharines native is averaging 20.5 points, 6.5 rebounds and three assists per game as the Niagara women are off to a 1-1 start in Ontario Colleges Athletic Association play.

“Mary is off to the best start of her career,” Niagara coach Mike Beccaria said. “She is a skilled and veteran player who is also giving us strong leadership this season.”

Niagara’s men improved to 2-0 with an 81-58 road victory over the University of Toronto-Mississauga Eagles led by fourth-year guard Levi Mukuna with 21 points and eight rebounds. Mukuna is averaging 19 points a game. Also contributing to the win were: Danny Lokole, 15 points and seven boards; and, Jordon McDonald, 14 points and 13 rebounds. 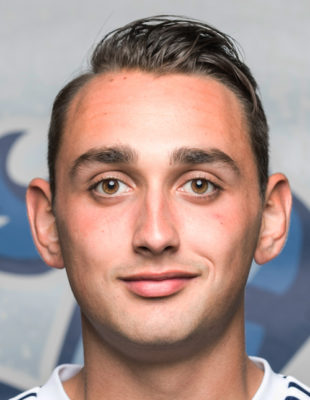 Therrien helped the Knights advance to the medal round with a goal in a 3-2 victory over the George Brown Huskies.

“Over three games, Jake gave us the quick first step, that surge to get the attack going,” Niagara coach Frank DeChellis said. “I’ve had very few players who attack open space the way Jake does. He is an exciting player who likes to challenge defenders at full speed.”

At the championships, Niagara: beat George Brown 3-2 on goals by Connor Diacur of St. Catharines, Jordi Amores of Niagara Falls and Therrien; lost 1-0 to the Durham Lords; and, lost 1-0 to the Humber Hawks in the bronze-medal game. The player of the game for Niagara in the last game was rookie defender Anu Makinwa.

Niagara’s women’s volleyball program opened the season with a pair of victories.