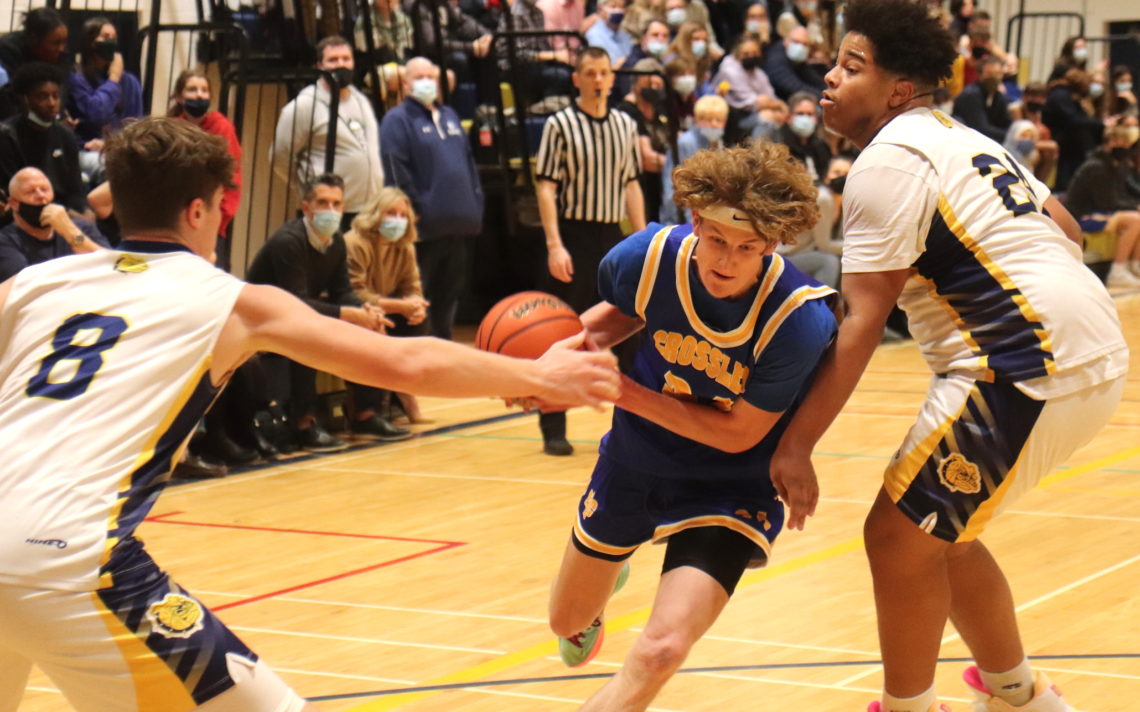 Thursday night’s highly anticipated matchup between the Sir Winston Churchill Bulldogs and E.L. Crossley Cylcone senior boys basketball teams lived up to the hype and then some.

Both teams came into the Niagara Region High School Athletic Association game undefeated and boasting stacked rosters that make the two squads arguably the best NRHSAA teams at the AA and AAA level.

The game was a back-and-forth affair that ended when Churchill’s Mazen Yagubi hit a buzzer-beating three pointer to give his team a wild 67-64 victory. It was one of the most exciting and well-played boys high school basketball games played in Niagara in the past decade.

Crossley grabbed a 64-61 lead with 31.2 seconds left when Noah Minor hit a three which gave him a game-high 28 points on the night.

On its possession, Yagubi scored an and one to tie the score 64-64 and then Churchill’s Brady Pupek grabbed his 13th rebound of the game with 12.2 seconds left to set the stage for Yagubi heroics.

“There are no words to describe what happened,” Yagubi said. “I wanted the ball. I was doing good in the game, I was keeping my team in the game and I was going to take that shot.”

He is always ready to take a shot when the game is on the line.

“When the team needs me to step up, I get the ball and I score.”

After the Grade 11 student hit the winning shot, he was mobbed on the floor by his teammates and classmates who poured out of the stands. Earlier in the game, they had serenaded him with MVP chants.

“It was one of the greatest moments of my life so far,” the 6-foot-2 Niagara United travel player said of the celebration.

Yagubi showed of his newfound skills on the winning shot.

“When we last played in Grade 9, I wasn’t big at all, Now I am able to drive to the rim and it’s working out really well,” he said. “I worked out every day and I would play basketball for hours and hours in the snow, rain or whatever.”

Churchill coach Martin Cook was happy to have the game on the line with the ball in Yagubi’s hands.

“He is a smart, skilled player and this year he has added some size and is really rounding out his game,” he said. “He passes the ball, he shoots the ball, he rebounds, he plays defence, he is a communicator and he is another leader on the floor which is such a luxury for me as a coach.”

Crossley gave the Bulldogs all they could handle Thursday.

“We knew it would be a really good game and it would be a tough game,” Cook said. “I know they are really talented, big and skilled and we knew coming in  we would have to be at our absolute best. The guys played well from start to finish and I am proud of them.”

It was an excellent test for the Bulldogs, who had outscored their opponents by an average of 58.7 points in their first three games.

“We needed it and we would love to have more games like that,” Cook said. “Coming in, that was our worry that we hadn’t really been pushed to the best of our abilities and today Crossley did that and then some.”

Thursday’s game had the sound and atmosphere of the final of the Welland Tribune or Standard tournament.

“I wouldn’t know because I have never got to coach in one and I am hoping for next year,” Cook said. “For now, it definitely felt like the final in a big tournament.”

“It was a good game. It was tough defence and it came down to fouls,” he said. “It was a physical game and both teams played well.”

Bleich’s squad came into the game in a bit of funk but they showed no signs of that against the Bulldogs.

“It is early in the season and our boys just finished volleyball two weeks ago,” he said. “They came out tonight and played hard. It was a tough loss.”

Cat’s Caboose Players of the Game: Churchill’s Mazen Yagubi with 20 points, including a buzzer beater three to win game, and. Crossley’s Noah Minor with 28 points.

Up next: Crossley is at Fort Erie Jan. 11 at 5 p.m. and Churchill is at Governor Simcoe Monday at 5 p.m. 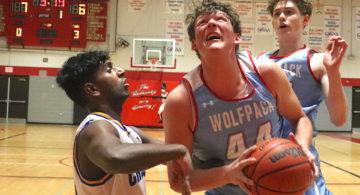 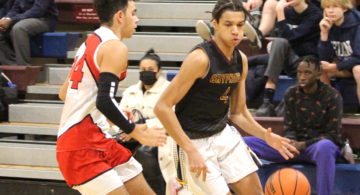 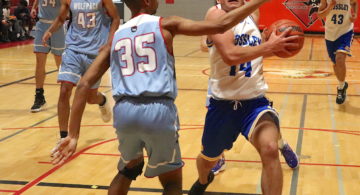