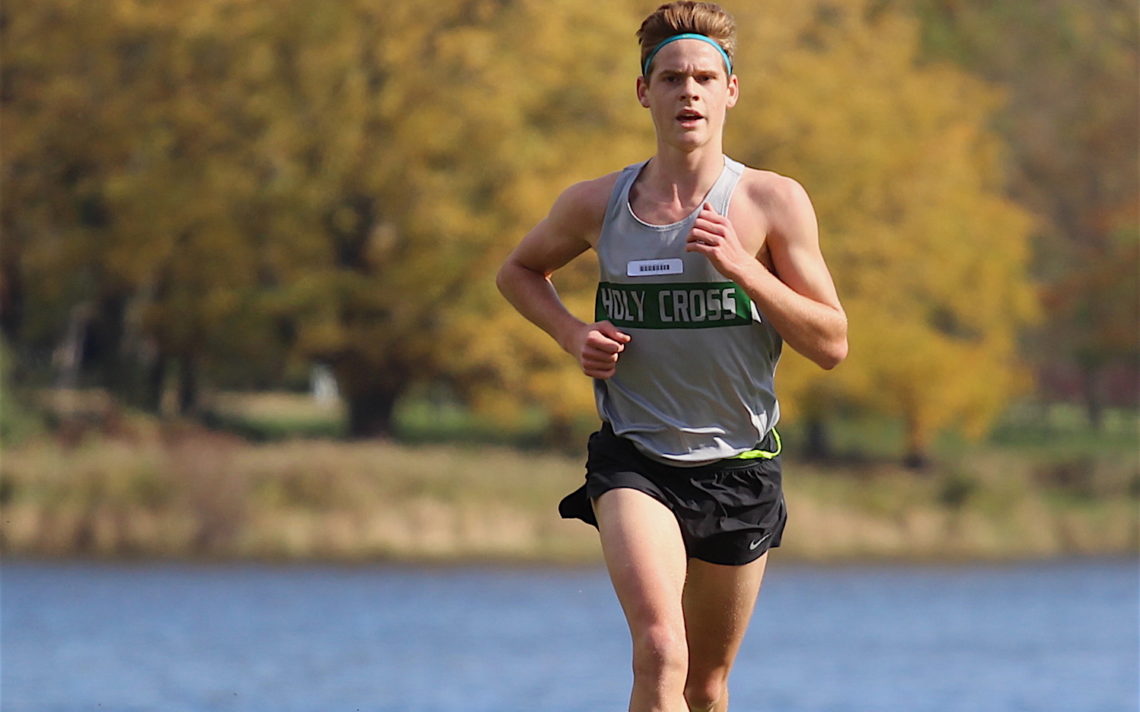 Battling a head cold last year, the Grade 12 student at Holy Cross finished a disappointing 68th. All that was a distant memory after the 17-year-old claimed a bronze medal Saturday. 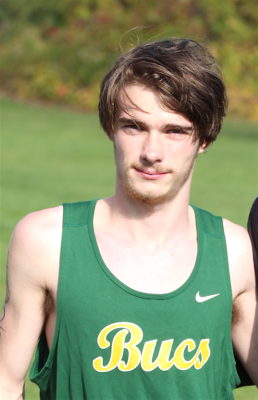 “Going into it, my main goal was to place in top three,” he said. “I was hoping to win but coming in the top three is really exciting and I am happy with that.”

The eventual winner, Thomas Witkowicz, forced everyone to a quick pace right from the start and Lee followed.

“But I was really hurting so I dropped back a bit with some of the other guys who were catching up to us,” the Niagara Olympic Club member said. “From there, we pulled away from everyone until one of the guys in the group dropped off.

“Then it became three of us and it strung out from there for the rest of the race.”

When he crossed the finish line third, Lee was initially shocked.

“I didn’t know what to think at first because I was really dead and super tired,” he said. “I couldn’t believe it had happened at first.”

Next up for Lee, who made the 1,500-metre finals this summer at the junior nationals, is the Athletics Ontario provincial cross country meet Sunday followed by the national meet in two weeks time.

“I have the same kind of goals because I’m pretty sure its going to be the same guys racing,” he said. “Top three would be really nice.”

Once nationals are over, he will take a two-week break and then start preparing for the indoor track and field season.

Kate Knafelc blew away her expectations at the OFSAA cross country meet in Petawawa.

Last year, the Grade 11 student at E.L. Crossley placed fifth at OFSAA in the junior girls division but wasn’t aiming as high in 2017 considering it was her first year in the senior division.

“I was hoping for top 20 so I’m happy,” she said, after placing fifth Saturday in the senior girls division. “I think two of the girls ahead of me were Grade 12 and the others were my grade.”

Given that scenario, she might be thinking ahead to a podium finish next year. 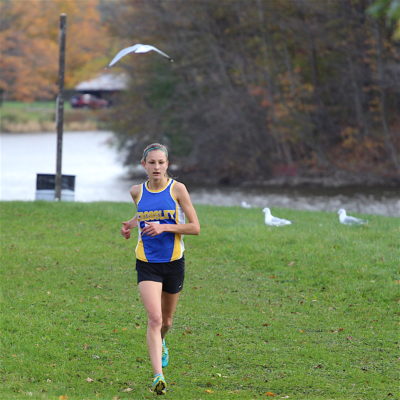 “Maybe, I don’t know,” she said, with a laugh. “Assuming I make it, I will have to see going into it. That would be nice to be on the podium in my last year.”

Knafelc came agonizingly close to being on the podium Saturday.

“It was close and maybe with a bit more time I could have passed them, but that’s hindsight.”

She was happy with how the race played out.

“It was a lot of hill work but we train on hills so I felt good.”

Knafelc also benefitted from Crossley’s decision to head to Petawawa on Thursday.

“We had the whole day Friday to look at the course, go to the Nike tent and do all that stuff,” she said. “It definitely helped. We had more time to get to know the course and know where we would be running.”

Unlike most of her competitors in the upper echelons of high school cross country running in Ontario, Knafelc won’t be continuing on with any intense training for running.

“I will probably train a little bit but not as much,” she said. “I may go for a couple of runs a week but I will mainly be focusing on pre-season, indoor soccer training until high school track starts up in March.

She is a member of the Niagara Regional Soccer Program’s under-17 girls squad.