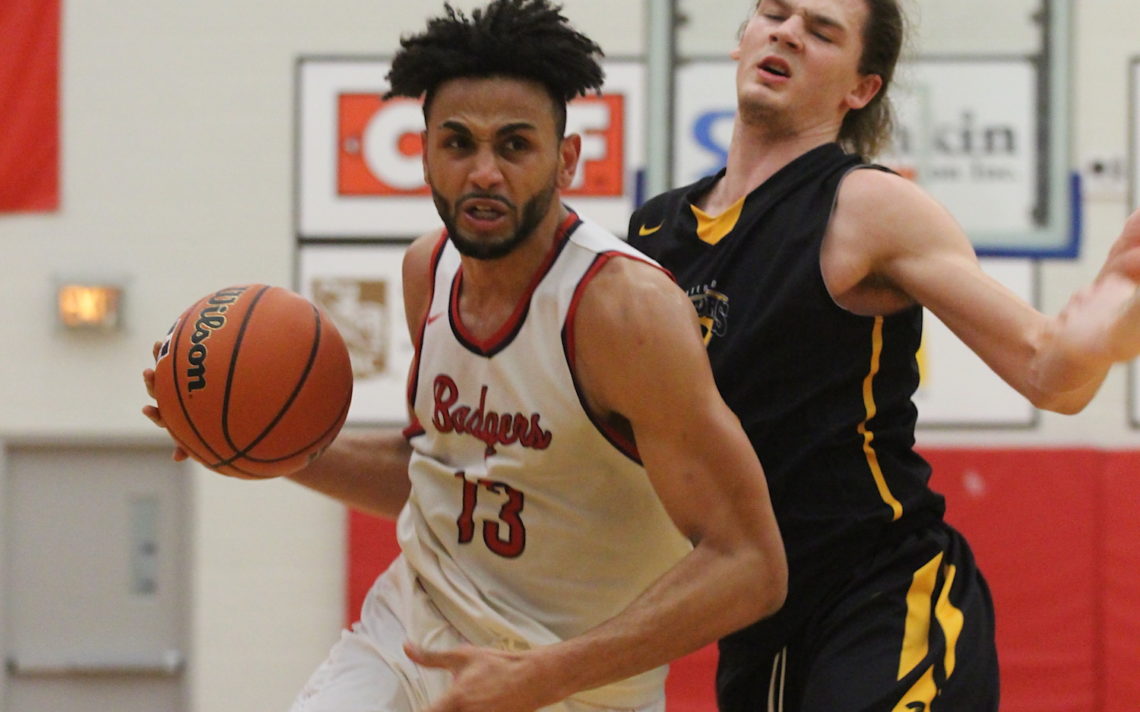 A basketball player and a hockey goalie are this week’s Brock University athletes of the week.

Earning top male honours was Waterloo native Dani Elgadi. The fifth-year humanities major from Waterloo averaged 21 points, 7.5 rebounds, 4.5 assists and 2.5 steals per game as the second-ranked Brock men’s basketball team defeated Waterloo and Laurier to improve to 18-2 in Ontario University Athletics action. Elgadi sits 10th in in the OUA in scoring average (18.1 points) and third in rebounds per game (9.7).

Leading the way for Brock in a 100-78 victory over Waterloo were: Cassidy Ryan, career high 34 points; Elgadi, 18 points and eight rebounds; and, Daniel Cayer and Johneil Simpson, 11 points each.

Performing well for Brock in a 73-69 triumph over Laurier were: Elgadi, 24 points and seven rebounds to move into fifth in all-time Brock scoring; Cayer, 21 points; and, Ryan, 11 points and six rebounds.

The Brock women’s hockey goalie made 38 saves in a 1-0 overtime loss to the eighth-ranked Guelph Gryphons. Murphy broke her own single season saves record and has now made 661 saves in 21 games to lead the OUA. She is also tops in the OUA in games played (21) and minutes (1248:56), she’s fourth in wins (11) and sixth in save percentage (.943).

Half of Brock’s 10 losses this season are by one goal. The Badgers are in seventh place with 33 points (8-3-7-3), four points ahead of Laurentian and five ahead of Waterloo. Those teams both have three games in hand on Brock.

Brock’s men’s hockey team fell 3-2 to Waterloo and 5-2 versus Windsor.

Against Waterloo, Dexter Weber had a goal and an assist and former IceDog Mack Lemmon also scored. Cosimo Fontana and Mitch Nardi potted goals against Windsor.

The Brock men’s volleyball team ran its winning streak to five straight matches with a 3-0 sweep of the Royal Military College Paladins and a 3-2 shading of Queen’s.

Brock’s women’s volleyball squad fell 3-1 on the road to Queen’s.

Competing at the York Open, Beamsville native Ben Gatsby ran the 300 metres in 36.63 seconds to qualify for the OUA championships.

A pair of volleyball players have been named Niagara College’s male and female athletes of the week.

Koslowski ranks fourth in the Ontario Colleges Athletic Association play with 143 kills and eighth in the OCAA with 3.5 points per set.

The second-year middle blocker had 18 kills in a straight-set victory over Cambrian. He is averaging 2.5 points per set and is second on Niagara with 116 total kills.

The top performer for Niagara versus Boreal was St. Catharines native Mitch Sawatsky. He had six kills on nine attempts.

Leading Niagara over Cambrian were Williamson and Ben Fillmore, who had 29 assists.

Niagara’s fifth-place women’s basketball team sits at 10-6 on the season after beating Sheridan 83-80 in overtime and losing 77-48 to unbeaten Humber.

Performing well versus Sheridan were; Levi Mukuna, 25 points to push his team-leading average to 18.7 points; and, Van Hutchinson Jr., 16 points and  6 assists.

Hutchinson Jr. shone against Humber with 20 points and 16 assists.