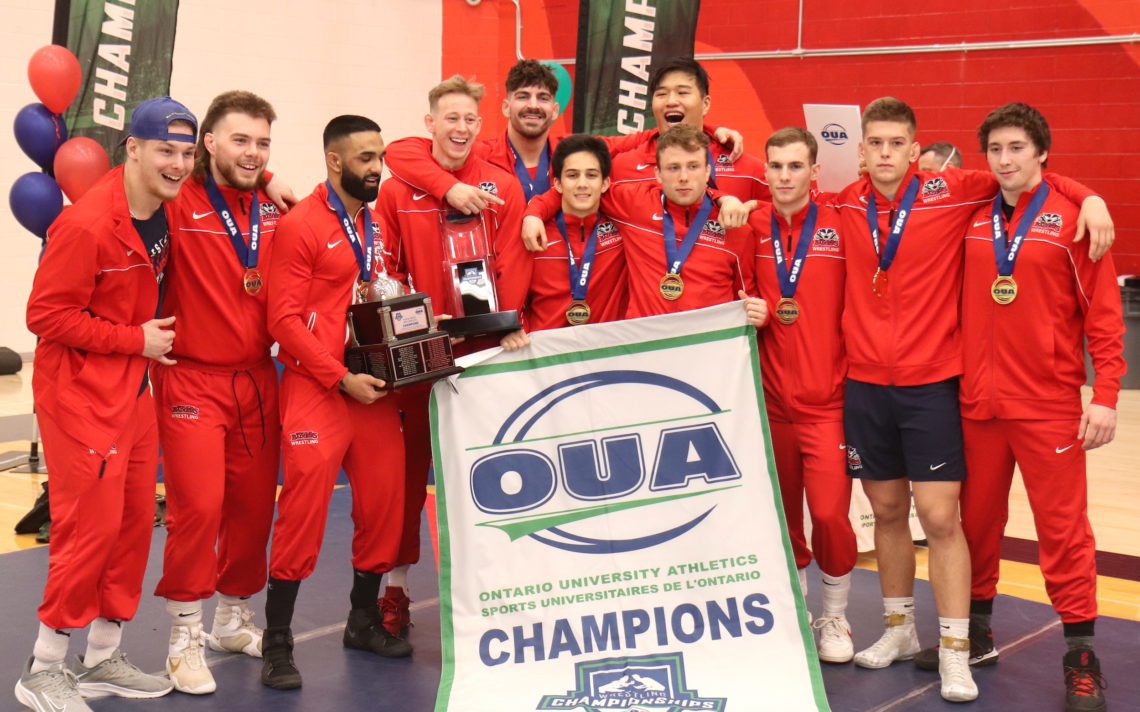 The beat goes on for the Brock men’s and women’s wrestling programs.

Following a one-year absence because of the COVID-19 pandemic, the Ontario University Athletics wrestling championships returned to centre stage Saturday at Brock University.

Brock’s men ended up winning the team title for the sixth straight year and the 23rd time overall while the equally impressive women won their seventh straight team championship and 20th in the past 24 seasons.

“After a long time, off, it was nice to get back and wrestle in some meaningful competition,” Calder said.

At some OUA championships, the Brock men and women had sewn up the team titles even before the gold-medal matches but that wasn’t the case Saturday.

“No, it was competitive and especially on the men’s side,” he said. “McMaster had a strong squad and we knew they were going to threaten us and as a team we wrestled really well.”

Calder agreed it was extremely challenge to train during the pandemic.

“We had a hiccup again in December (with another lockdown) I am proud that these kids stuck with it and the coaches are happy that they were able to compete again and how well they did.”

Collie was thrilled with how well his team fared.

“It was a great performance. We have a really young team and we only have two women who had competed at the OUAs before. That meant the other seven were brand new at it and I am really happy with the results.”

“People placed where they should have.”

There were contributions up and down the roster, including: Jessica Tillmanns, who made it to the final by defeating a Western opponent who had beaten her twice during the season; up-and-comer Friesen making the 59-kilogram final; Sam Romano winning as expected; Daina Morris-Armstrong winning after returning from a bad injury; rookie Sam Adams winning bronze; Ella Jakobi stepping in late and winning bronze; Jessica Matile, whose father was a former training partner of Collie’s and a former USPORTS champion, winning gold; Brianna Fraser wrestling up a weight class but still winning silver.

“We were super happy with all the performances,” Collie said.

Below are complete Brock results:

53 kilograms: Daina Morris-Armstrong pinned York’s Arely Torales-Ramirez 32 seconds into the first round of the final.

63 kilograms: Jessica Tillmanns lost to Lakehead’s Madison Clayton by pin in the final.

100 kilograms: Callum Knox lost by technical superiority to to McMaster’s Peter Shirley in the final. 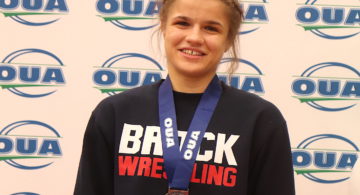