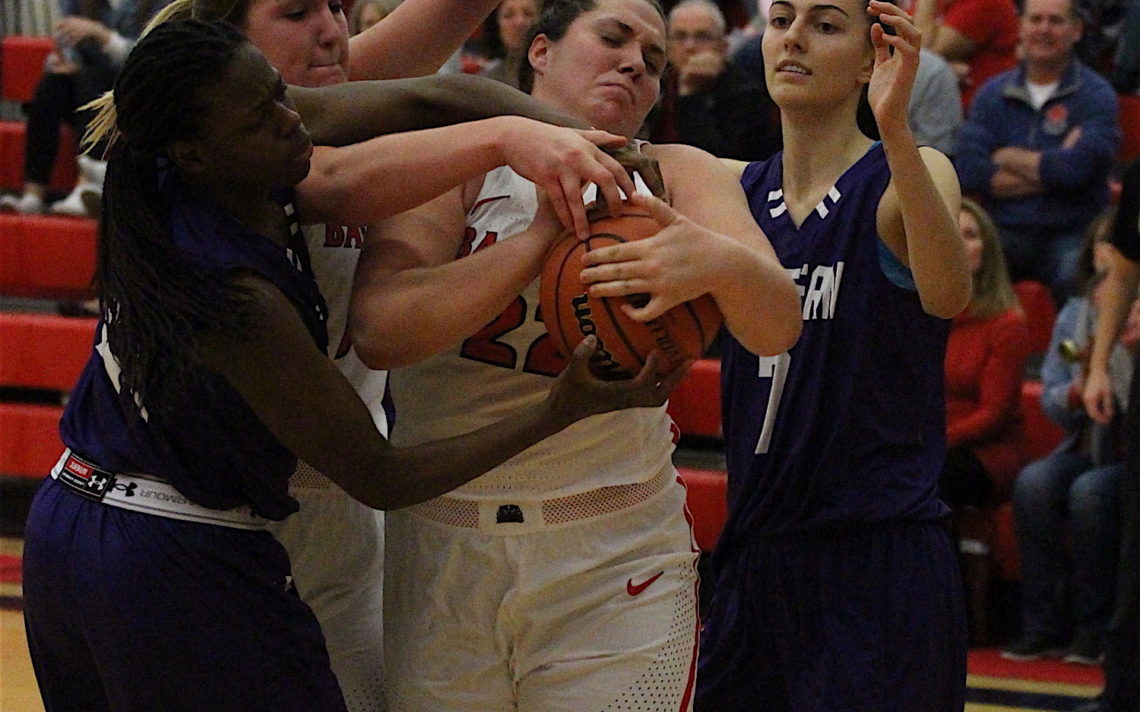 Brock basketball splits in TO

The Brock men’s basketball team finished off an unbeaten five-game road swing with an 80-57 triumph over the University of Toronto Friday night.

The second-ranked Badgers built quarter leads of 22-5, 39-22 and 58-44 to cruise to victory and improve their Ontario University Athletics record to 6-0.

“It was a very solid performance for us,” Brock head coach Charles Kissi. “We have to try to not have as many lulls.”

Kissi is mostly content with how his team is rounding into form.

“I like that we are at a point now in our team’s progression that when other teams make a run, we don’t cave, bend or fold,” he said. “We weather it and we respond.”

Kissi feels his squad can be even better.

“We still have some gaps, but that’s why the season is long and we will continue to get better and stronger,” he said. “I’m happy with the way we are getting it done yet not satisfied.

“We’ve got to continue to push forward (because) the road will only get tougher.”

Brock’s women’s basketball team saw its OUA record fall to 2-4 after a 71-46 road loss to the University of Toronto Friday.

Playing its fourth game in eight nights, head coach Ashley MacSporran had her team focusing on what it had learned and how much fight it would have in it.

“Tired or not, we had to tough one out,” she said.

Brock executed well to start the game and got to the rim and learned a lesson about fighting through calls that didn’t go its way.

“A young team needs to learn to play through anything: nights we can’t score; breaking pressure; and, nights when calls don’t go our way,” MacSporran said. “We let that rattle us early and we need to toughen up on that side of things.”

Brock trailed by only 13 points at the half despite not shooting a single free throw. Twelve offensive boards helped keep the game in reach.

The Badgers had a chance to set the tone in the second half but missed too many second-chance looks or looks right at the rim.

“We had 28 offensive rebounds and when do you lose a game outrebounding a team 56-38?” MacSporran said. “We need to finish and/or fight though contact and make looks at the rim when we get those opportunities.”

MacSporran felt Steph Findlay had a great bounce back game after her performance versus Ryerson and rookie Kristin Gallant was good again.

Toronto was led by Keyira Parkes with 15 and Rashida Atkinson, Nada Radonjic and Christine Jurcau with 12.

Broch had 30 fouls in the game and entered the fourth quarter with four players already being called for four fouls.

“We are happy to have a few days to rest,” MacSporran said. “We look forward to some home games and getting our groove back where we can defend The Den.”