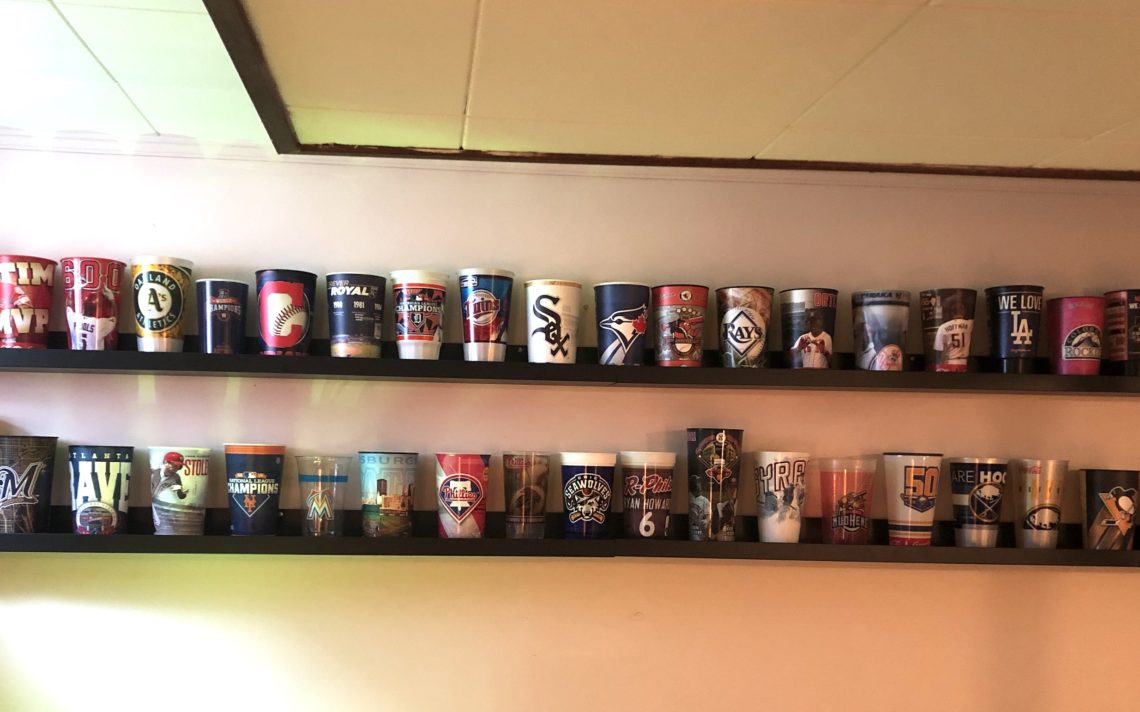 We are well into the first week of social distancing thanks to the COVID-19 virus and it’s becoming clear everyone is handling the situation in their own way.

My BPSN partner and good buddy Bernie Puchalski chronicled how he is dealing with the downtime in a heartfelt, emotional column Tuesday that had me on the verge of tears.

Bernie is not one to sit still and is surviving by cramming as much into each day as possible. On a normal day, it’s not uncommon for the Red Rock flash to write four stories, do interviews for two more, drive his kids to school, trim the hedge and make dinner. All before noon.

He’s had to adjust his schedule with the virus outbreak but is still putting us all to shame with his non-stop work ethic. I, on the other hand, have a more laid-back streak and have no problem filling the hours with music, a nice six-hour respite in front of the TV, or simply filling my face. This week I’m even pondering growing a beard, and with the way mine grows, I should be available to fill in for any member of ZZ Top by the weekend.

Some would call it laziness, and they wouldn’t be far off.

Having said that, the down time has given me a chance to go through my vast collection of sports memorabilia.

I have been working on my man cave since moving last August and am thrilled to report it is coming along just fine, thank you. Cards, programs, autographed balls, pictures, pucks and the like have been meticulously sorted and placed in their proper spots. In fact, there isn’t much space that doesn’t have something with a red A with a halo on it.

The room looks like it belongs in the baseball Hall of Fame at Cooperstown and if I never added anything else to it, I could go into the ground happy.

The one thing I hadn’t been able to add to the room was my collection of sports cups. 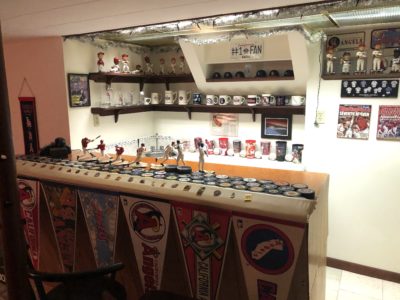 I’m not even sure when it started or even why, but a few years ago I got the bright idea of trying to collect a souvenir cup from each Major League Baseball park. They have become popular in recent years with teams serving up soda and suds in colourful, oversized cups with logos and players on them.

I had some from trips to Toronto, Cleveland and Pittsburgh, and a few Angels as well. I began asking friends who were going on trips to bring me back a cup if they thought of it and my baseball buddies — Eden basketball coach Brian MacIssac, track and field guru Rina Rode, former St. Catharines Stompers general manager John Belford and IceDogs off-ice official Wayne Briggs-Jude in particular — came through big time.

Add in a few others I was able to pick up and I own 26 cups with only Cincinnati, Arizona, Seattle and Texas outstanding to complete the set.

So with an extra few hours on my hands, I put down the fork and knife, turned off the TV, turned up the Springsteen, and installed some shelves to display my collection.

I also enlisted the help of my son Ryan, who, unlike is old man, is pretty decent with the hammer and screwdriver.

An hour later, my cups were on the wall and I began to dream of completing the collection, hoping the baseball season would soon be upon us.

And if all that wasn’t enough for one week, I also stumbled upon one other piece of memorable I couldn’t resist.

I picked up a replica Angels World Series ring from their championship in 2002. It’s cheap, gaudy, and exactly what I was looking for. It was the best $10 I ever spent.

As a good friend of mine said when she saw it, ‘There is the proof you never have to grow up.’ ”

So between by ring and my cups, I’m doing very well, thank you, but would love nothing more than to leave my man cave and get back to doing what BPSN does best, and that is bring our readers the best local sports coverage anywhere. 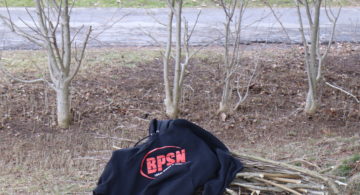