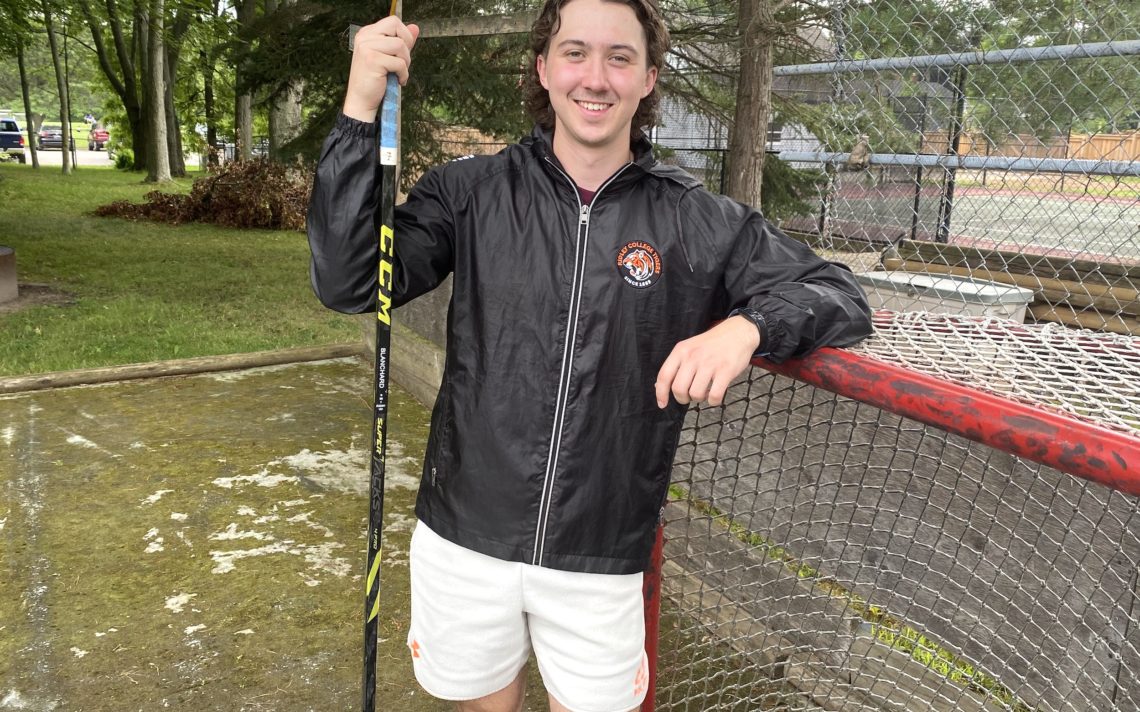 The 21-year-old Pelham native’s path to play hockey for one of the most prestigious universities in Canada was marked by setbacks, surprises and disappointments.

But through it all, Blanchard kept his eye on the prize.

“Of course, there are always setbacks along the way and things change,” Blanchard said. “What we live by in our family is everything happens for a reason. If something bad happens, it’s always a learning opportunity. Instead of stepping back and sitting back and thinking this is unfair, we just put our boots and work helmet on and keep working. Things will eventually go our way if we keep working.”

Blanchard believes every setback in a set up for something better.

“Every moment was a learning opportunity. Every setback I learned very valuable lessons and I wouldn’t be where I am today without those lessons. Maybe in the moment I was upset but looking back I appreciate every moment because it got me to where I am today.”

Blanchard’s junior career began in the 2016/17 season when suited up for the Pelham Panthers of the Greater Ontario Junior Hockey League for a handful of games. That summer he was drafted in the 13th round (250th overall) by the Hamilton Bulldogs in the Ontario Hockey League Priority Selection.

Blanchard went to camp with the Bulldogs but couldn’t crack the roster.

“I’m sort of a late bloomer and at the time I was a smaller guy and wasn’t that strong,” he said. “I was growing into my game as it is today and I just wasn’t at the level I needed to be to play at the major junior level. It took me a little bit longer.”

Blanchard pivoted and attended Ridley College where he excelled for two seasons and wore the captain’s C in his final year.

That’s when things got even more unpredictable.

Blanchard thought he had a spot secured with the New Jersey Titans of the North American Hockey League only to make the trip south to find not all was as promised. To boot, the family camper had major mechanical issues on the trip back leaving Blanchard and his father, Pierre Blanchard, stranded for days before it could be repaired.

“That was another situation where plans changed,” he said. “I was able to use that either as motivation or experience to keep on plugging through the ranks.”

Next up was a season with the Ottawa Jr. Senators of Canadian Central Hockey League before two years with the Sherbooke Phoenix of the Quebec Major Junior Hockey League, where he was often paired with younger brother Alex on the blueline.

“It was an amazing experience,” he said. “It was a place I never thought I would end up playing but the day I got there it was an awesome environment. The guys were ready to play and willing to train and I learned so much.

“Alex billeted with me and just to have someone to train with all the time and share the experience with . . .  We bonded over it. It was an awesome experience to share and something we will be able to talk about for the rest of our lives.”

Blanchard is eager to enter a new chapter in his life at McGill.

“For me, it was one of the first schools that contacted me throughout the season,” he said. “Obviously, they are renowned for having a high academic and athletic profile so of course I was interested.

“When I went to visit and meet the coaches and they came to watch me play I had really good energy with the coaches and really liked what they had planned for the next four years for the team.”

Blanchard will be coached at McGill by Thorold native and former Welland junior B player David Urqhuart.

“They don’t have a lot of D spots open for next year but he told me it’s up to you,” Blanchard said. “They have a spot for me on the team and it will be up to me to take my opportunity and run with it and prove I can play in certain situations. I’m coming in as a rookie so for sure it will be an adjustment but I’m confident with the right effort and always going 100 per cent and learning from opportunities and from other players I’ll be able to jump into whatever role they need me to fill.”

Blanchard is making final preparations before leaving for Montreal in a couple of weeks.

“My parents (Pierre, Sabrina) have supported me in this journey. They are big supporters emotionally, financially. Anything you can think of, they’re always there for me. I wouldn’t be where I am today without them.” 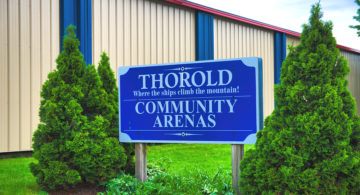 Blackhawks heading south for the season