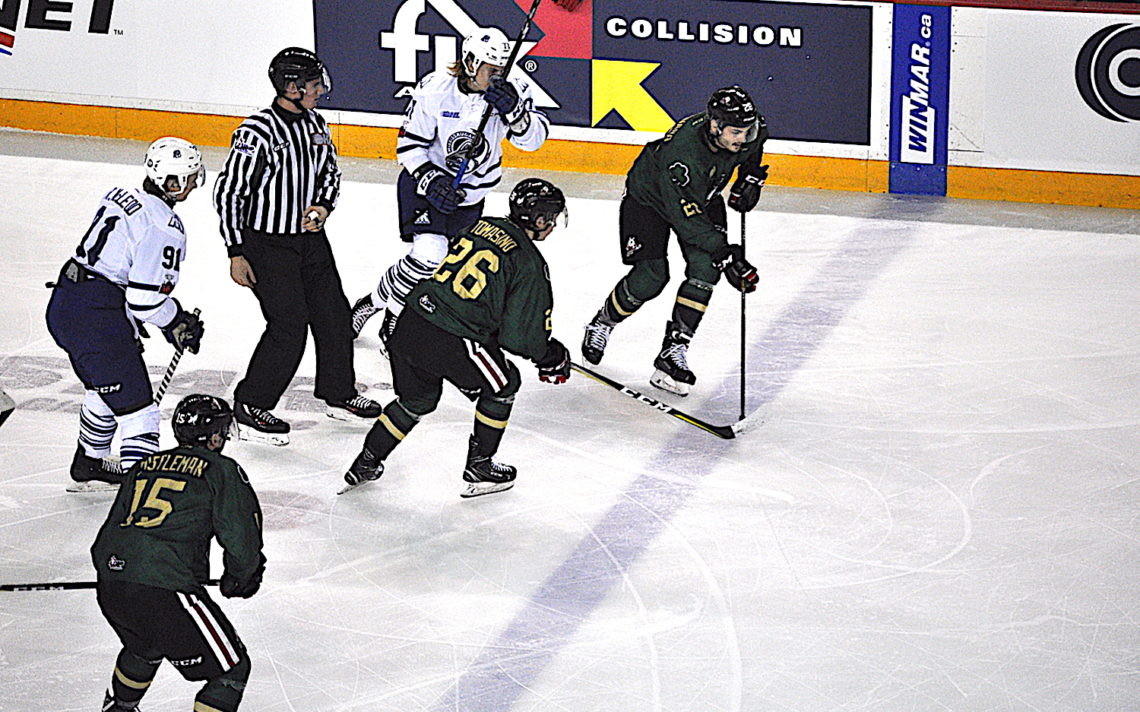 Ben Jones couldn’t have asked for a better way to wrap up the regular season.

The 19-year-old centre scored a pair of goals to hit the magic 30 mark as the Niagara IceDogs defeated the Mississauga Steelheads 6-3 Saturday afternoon at the Meridian Centre.

The IceDogs wrapped up the Ontario Hockey League regular season on a high, winning their final seven games to finish with a 35-23-7-3 mark.

The IceDogs will now have almost a week off before facing off versus the Oshawa Generals in a best-of-seven, quarter-final playoff series. Game 1 goes Friday in St. Catharines with Game 2 in Oshawa next Sunday. The teams split a pair of overtime games this season.

Jones admitted he was well aware of how close he was to the milestone after potting a pair of goals Friday night in Erie.

“Obviously it was on my mind a bit, but I tried not to think about it on it and focus on the other things,” Jones said. “I’m not going to put up 60 goals every season — scoring goals is not my strong suit — but I’m happy to be able to chip in.”

Jones, who had just 13 goals last season, chalked up the improvement to confidence.

“I think this summer I really focused on scoring more goals,” said Jones, who was selected in the seventh round of the 2017 National Hockey League draft by the Las Vegas Golden Knights. “I didn’t have that many last year and this year I needed to be more of a threat.

“It’s my third year and I have a lot more confidence and patience with the puck.” 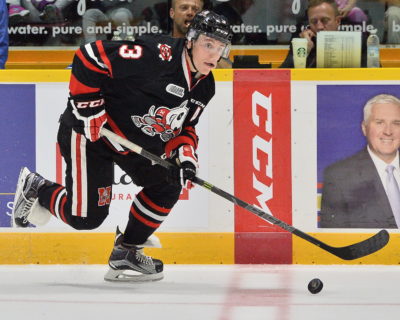 “I knew he was a good player, but 30 goals is extremely difficult,” Burke said. “He was in the top 20 in scoring all year and he’s our top PK (penalty kill) guy and he’s extremely strong defensively.

“We wouldn’t have had the season we had without Jones talking that step offensively.”

The teams split a pair of goals in the first period with Ryan McLeod kicking things off with an early goal for the Steelheads before Jones replied later in the frame.

Liam Ham scored the lone goal of the second when he floated a shot in from the point on the power play. Later, Niagara’s Kyle Langdon was thwarted on a penalty shot attempt.

Things opened up in the third with each team scoring twice before Oliver Castleman iced the game away with an empty-net goal.

Burke was beaming when asked about his team playing so well heading into the playoffs.

“I’m just thrilled. Obviously, you would have never seen that coming but we started to roll and are starting to play well. We have that feeling right now. We’re confident in all the guys in all situations.

“It is a fine line and when you’re feeling good, you’re winning and you find a way to gut it out.”

Ice cubes: Willy Lochead (leg), Daniel Nardi, Andrew Bruder and Ian Martin did not dress for the IceDogs . . . Cameron Gaylor, Mason Hardy, Ian McKinnon, Jacob Moverare and Matthew Titus were scratched for the Steelheads  . . . The IceDogs wore special green jerseys to commemorate St. Patrick’s Day which were auctioned off post-game with all proceeds being donated in support of Crohn’s and Colitis Canada  . . . The IceDogs honoured overage forwards Sam Miletic, Johnny Corneil and Adrian Carbonara with a video montage before the game. Corneil was also given a watch as a five-year IceDog  . . . Playoff tickets will go on sale Monday at 9 a.m. at the IceDogs office.

Up next: The IceDogs take on the Oshawa Generals in a best-of-seven quarter-final series beginning Friday at the Meridian Centre. Game 2 is Sunday in Oshawa.