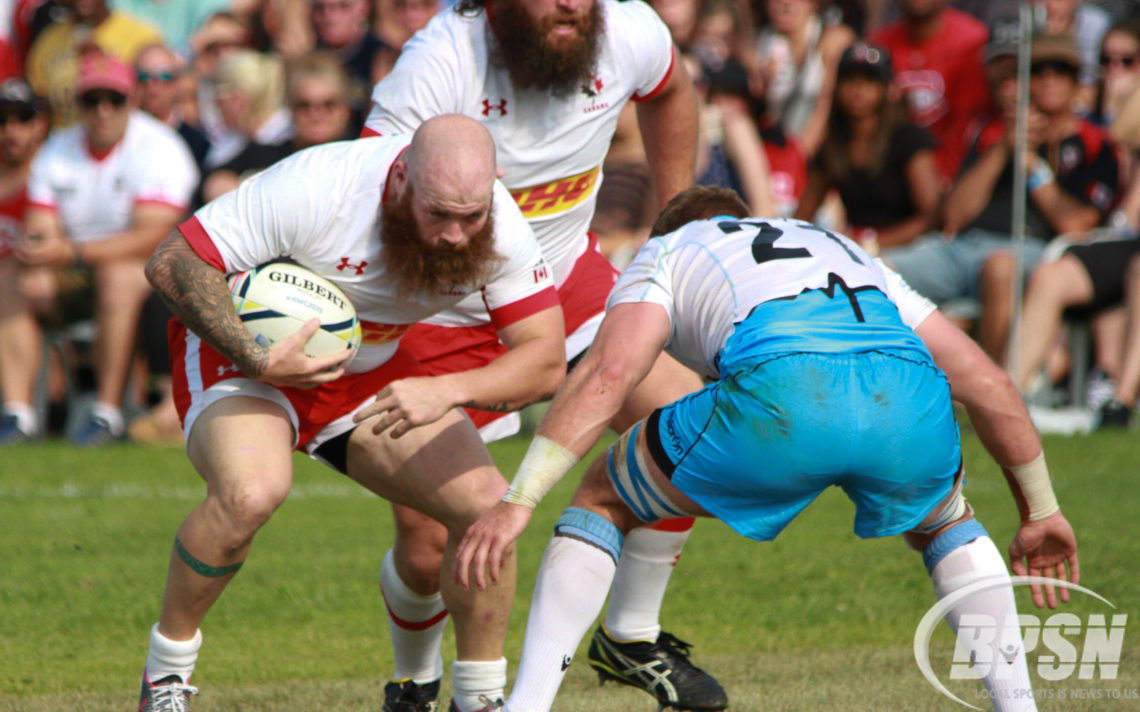 Ray Barkwill knew something wasn’t right while competing at the Rugby World Cup qualifying tournament in November 2018 in France.

“I made a big tackle and my hands kind of stopped working,” said the 39-year-old Niagara Falls native, who will be inducted this coming Sunday into the Niagara Falls Sports Wall of Fame.

“I was not it any pain or anything but it was me noticing I couldn’t put my hand in my pocket one day,” he said.

Doctors eventually discovered he had suffered a brachial plexus (a network of nerves that extend from the spinal cord, through the neck and into the armpit) injury and he was forced to retire instead of hopefully representing Canada at the 2019 World Cup.

“I was squeezing every last minute out of myself and I was training really hard to make the World Cup team for this past September,” he said. “It wasn’t a hard decision knowing the circumstances but it was a hard decision to stop knowing how close I was to playing.”

“It chokes you but it’s not a hard decision because I hopefully have another 60 years of my life to go. I want to golf, I want to pick my kids up and do all those things.”

He expects to make a full recovery, but it will take time.

“I damaged it really, really badly and nerves don’t heal quickly; about a millimetre a day,” he said. “It’s a two-and-a-half-year injury and I will probably never do heavy contact ever again.” 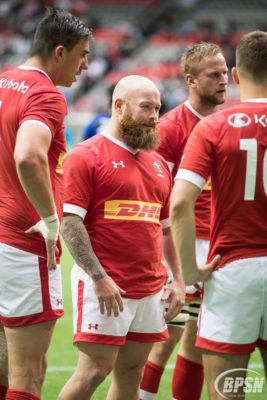 “No one would ever notice that I have an impairment because I can still lift weights, go golfing, move my arms and drink a cup of coffee, but it feels a little different,” he said. “There’s muscles that are working overtime and there are ones that aren’t working. My tricep muscle has atrophied like crazy and is pretty small compared to my other ones.”

The injury brought to a close a national team career that began against Samoa in Colwyn Bay, Wales, on Nov. 9, 2011. By the time his career ended, Barkwill had earned 56 caps and served as team captain. He ended up making 44 starts for Canada, including three at the 2015 World Cup in England, and scored five tries.

His Team Canada experiences were the highlights of a career that saw him win three Canadian rugby championships. play rugby all over the world and win a Major League Rugby championship title with the Seattle Seawolves

“It’s so cliche to say the highlight was the first opportunity to play for the country but for me it was probably qualifying for the 2015 World Cup and being a starter,” he said. “I honestly felt like I played my best rugby at the biggest tournament ever.

“That’s the pinnacle for rugby but after playing 100 times for the your country and getting capped 56 times, it is just is hard to pinpoint one.”

He is rightfully proud of his accomplishments.

“I like to thing they are a testament to how hard I worked to keep fit, strong and healthy and ward off all the young kids who were trying to take my job.”

The low point is his Canadian career was a period when the team was close to success but couldn’t get over the hump.

“From 2014 to 2016, we were playing really good rugby but we weren’t winning games,” he said. ‘We went on a losing streak but we were one score away in every game.”

It was a tough time for Barkwill and his teammates.

“It wears on you because you trust the process, you trust everything you are doing, you’re working hard and you are not getting the results, winning games,” he said. ‘We went on a losing streak but we were one score away in every game.” he said. “Everyone is passionate and if you are not playing sport to win, you are in the wrong business because that’s why you do it at that level.”

Barkwill’s rugby career started at Westlane and with the Niagara Wasps. He would then move on to the Niagara Thunder and Brock University, where was named MVP when Brock won an Ontario University Athletics championship in 2007.

He has always loved the sport. 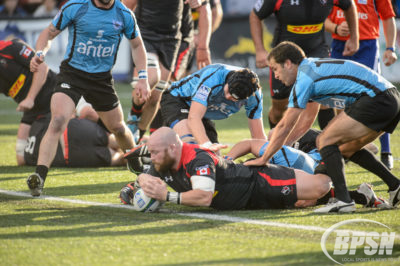 “Everyone will say their sport is the best one in the world but I truly think that the community of rugby separates itself just a little bit and that’s what attracted me.

“It is such a close community and everyone helps out.”

Nowadays, Barkwill lives in Victoria. B.C. He is a teacher at Royal Bay Secondary School and is serving as the director of the school’s high performance soccer academy.

He will fly home Friday and is humbled and honoured to be joining the Niagara Falls Sports Wall of Fame.

“Never in wildest dreams did I expect this,” he said. “My dream was just to play for Canada and be a professional.”

He knows he is in elite company.

“The amazing NHL players, the Olympians and guys like Jay Triano,” Barkwill said. “It’s a different sport but he is someone I looked up to.

“Those people are the ones who were my heroes and it’s emotional to think that you can be on the wall with someone like them, who have done things that I can only dream of. winning games,” he said. ‘We went on a losing streak but we were one score away in every game.”

Also being inducted along with Barkwill are David Conte, Todd Simon, Mike MacGillivray and Larry Gardner. The induction ceremony will be held Sunday at 2 p.m. at the Gale Centre.