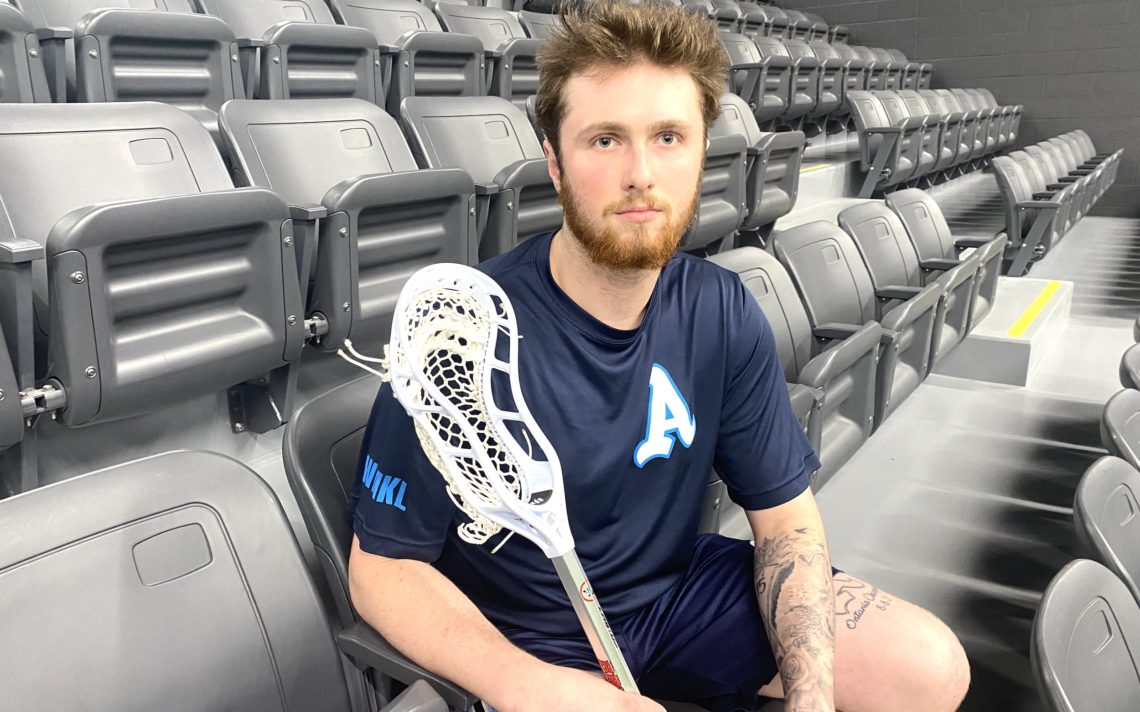 The 21-year-old Denis Morris graduate is not only a solid defender, but is also the A’s go-to player on face-offs.

“In bantam, we didn’t have a face-off guy. My coach threw me out to take face-offs and ever since I’ve stuck to it and gotten better at it,” McIntosh said.

“He’s doing a great job on face-offs,” Toll said. “It used to be a guy on every line took face-offs but now every team has a face-off specialist. Most of the time the face-off specialist doesn’t play defence but he plays defence for us. He’s making improvements and listing to the coaching staff every day. He’s doing what he’s told and it’s showing on the floor.”

“To win the ball and get it on face-offs is a huge possession,” he said.

On defence, McIntosh is more that holding his own.

“Peyton has been playing well. Obviously, it’s a learning curve and playing this much and at this level compared to years past,” Toll said.

“There is so much going on back there you have to realize what’s going on at all times and just talk, talk, talk,” Toll said. “Peyton is doing a better job of that and if you want to stay in the lineup, communication is huge. If you’re not going to talk, you’re not going to play. I don’t care if you’re the best defender out there.”

“It’s an unbelievable feeling learning from all these NLL coaches and also learning from past experiences from our Ontario championship last year,” McIntosh said. “Looking up to those guys and seeing them get drafted to the NLL. That’s my goal, that’s where I want to end up. Being a better defender and learning from those guys was a very big thing.”

McIntosh began his junior career for the Spartan junior Bs.

“It was always the goal to be in Double Blue. Since Day 1. Now I’ve accomplished my goal and now we’re here to win a championship,” he said.

A’s acorns: Austin Paddy made 41 saves for the win  . . . The A’s exploded for five goals in the third to secure the win.

Up next: The A’s are at Oakville Saturday and home to Six Nations next Wednesday.