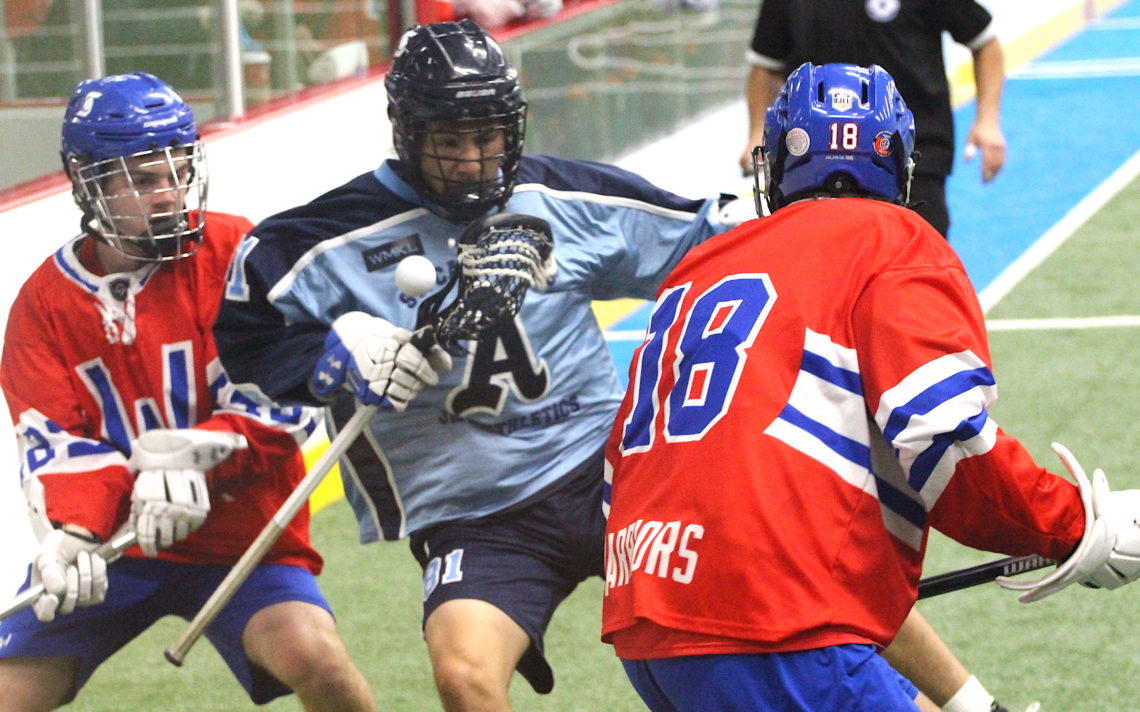 A’s give powerful Warriors a scare

Peyton McIntosh is well aware he will be pulling off his St. Catharines WMKL Athletics jersey for the final time once this season ends, but the 21-year-old St. Catharines native isn’t about to waste energy fretting about the end of his junior lacrosse career.

“Honestly, I’m just trying to worry about the playoffs and trying to get our team to win a championship here,” McIntosh said before the Athletics dropped a tough 12-11 decision to the Whitby Warriors at Canada Games Park in the opener of their Ontario Junior Lacrosse League best-of-three quarter-final playoff series.

“Obviously, I have thought about it and it’s our last year but I’m trying to put everything on the floor and get us to another championship.” 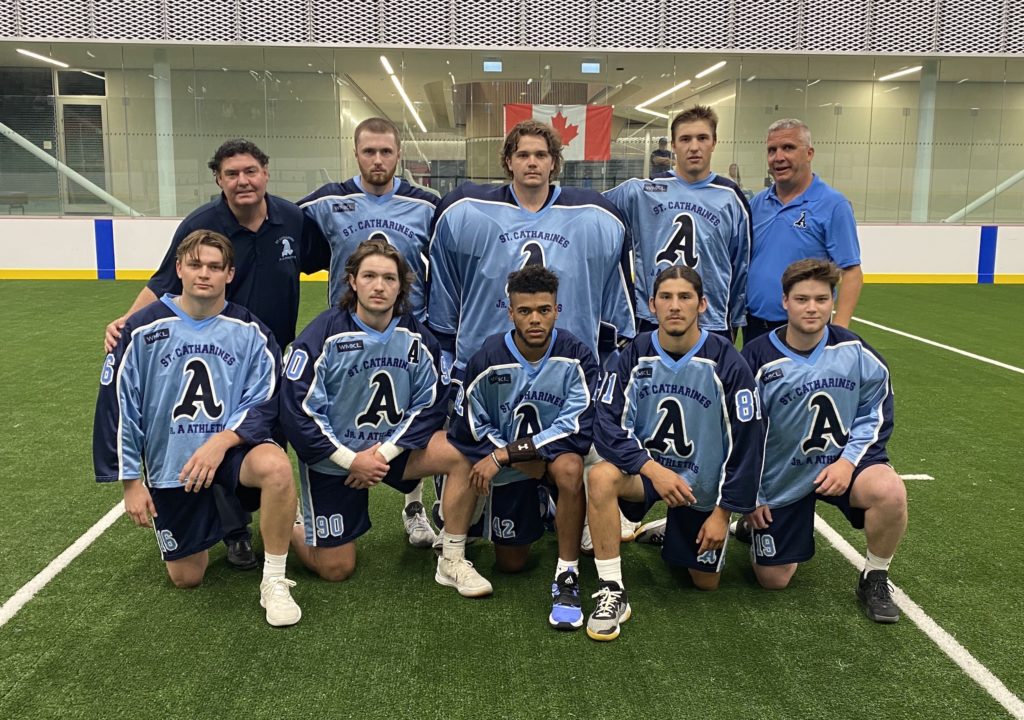 “It hit me a little bit going into the last regular season game so it’s all the more motivation to go out and prove ourselves,” the 21-year-old said. “We made it here and that’s step one. Step two is round one. That’s all we’re focused on now.

“I’m not trying to think about the last year.”

Reid Lowe, Mike Wilson, Xavier Taylor, Clay Scanlon, Ben Doherty, Gaviin Snow and Bo Columbus are the other A’s on the roster who will graduate.

Wilson, a 21-year-old native of Niagara-on-the-Lake, wanted to be a good role model in his final season in double blue.

“It’s crazy to think I’m already 21 and it’s my last year,” said Wilson, who attends Western. “It really flies by and with this young core, my goal this year was to be a leader and hopefully pave the way and be a role model to some of the younger guys.”

Lowe, a Niagara Falls native who gradated from Saint Michael High School, couldn’t say enough about what it meant to suit up for the A’s.

“It’s just a family. It’s a brotherhood. No matter how old they are, all the way up from minor to the junior A team, it’s a brotherhood,” he said. “I’m try not to think about it, not at all. I’m kind of just realizing it now but it’s been a good group to go out with.”

Paddy said he couldn’t have asked for a better experience.

“This is my dream. When I was a kid, I looked up to these guys and they were my heroes so now to be able to throw this jersey on where it says St. Catharines Junior A’s, it’s everything to me. It’s the highest level I can play at too, so that’s a little bonus,” he said.

Wilson appreciates the way the organization takes care of the players.

“You get treated like a pro for sure. Everyday you step into the rink you’re part of a family. Whether it’s Chicky (general manager Jeff Chcoski) calling you to make sure you’re doing all right or the coaches checking up on you. The lockeroom environment is great too.”

The A’s fell behind 6-3 after the first period before exploding for seven goals in the second to take a 10-9 lead after two. The Warriors then out-scored the A’s 3-1 in the final 20 minutes.

A’s acorns: A moment of silence was held for former Athletic Jon Donnelly who passed away recently. Donnelly was a member of the 2002 Minto Cup championship team  . . . Lucas Littlejohn of the Niagara IceDogs is a member of the Warriors and scored a goal.

Up next: Game 2 Friday and Game 3 Sunday, both in Whitby.

If you liked this story or one of the 4,300 other stories found on our website, please consider hitting the Support Us button on the right-hand side of our home page and making a PayPal contribution to our website. Your support would be much appreciated. If you are a business owner, please consider advertising on our site. Our rates are reasonable and we provide plenty of exposure for your business. Contact bpotrecz@outlook.com for more information.