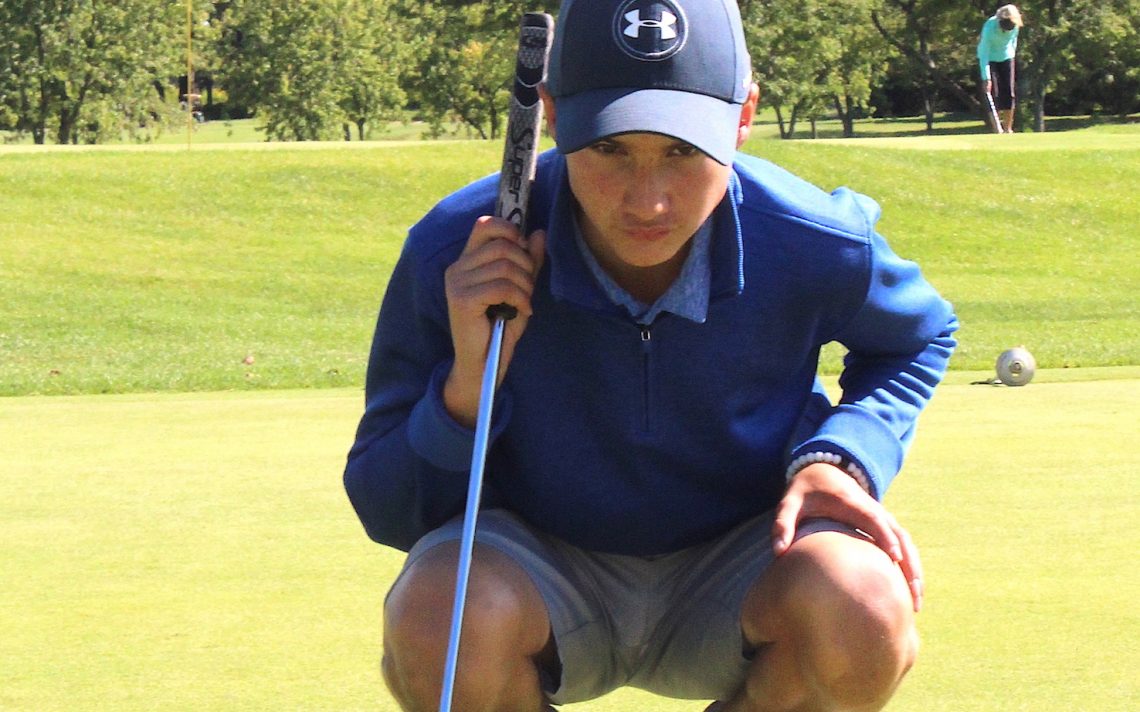 Another Champions title for Vong

Kham Vong has a well-earned reputation as one of the finest golfers in Niagara.

But the 46-year-old Rockway Vineyards member found himself in a life and death battle to qualify for last Saturday’s 68th Annual Walt McCollum Niagara District Champion of Champions golf tournament at Sawmill.

“I just scraped in.,” he said, with a laugh. “I was great on the front nine and I decided to have a beer. I went eight over so don’t try and drink when you are playing serious golf. I learned my lesson.”

Vong, who had a solid hold on top spot heading into the tour championship of the Niagara Men’s Tour, made the most of his second chance firing a solid 34-39-73 to record a three-shot victory in the men’s division. He last won the men’s division in 2011.

“The second time is always the toughest. I have been chasing this for the last six years.”

HIs second Champions crown came thanks to previous Champions experience.

“When it was at Niagara Falls, I won the qualifier with a 66 and then blew up on the last round,” he said.  “I learned to not much so much pressure on myself and save it for the last round.

Sawmill was the perfect spot for him to win again.

“My buddy (Tim Van Driel) and I play a lot out here. I try to get out here at least eight to 10 times a year.”

He describes Sawmill as a fun golf course.

“I have a lot of fun on the golf courses I play on and the ones I don’t have fun on I don’t step on,” he said. “ This course suits my eye and the greens are receptive. You just need to be straight off the tee.

Bob Goss always likes to test himself against the best at the provincial level.

But this summer, the 66-year-old Port Colborne Country Club member decided to take a break from competitive play.

“I just want to enjoy myself golfing with my buddies at Port,” he said. “I’m getting old and I want to slow down and enjoy life.”

Goss’s newfound philosophy seemed to work last Saturday as he recorded a 37-39-76 to record a one-shot victory in the men’s division of the Champion of Champions tournament at Sawmill. The retired GM employee has previously won the senior’s title in 2010 and a men’s division crown in 2009.

His age hasn’t slowed him down.

“This is the big one for the area,” he said, adding it was extra special to help Port Colborne capture the team title at the event. ‘When you do win, everybody gets a big kick out of it and there’s a lot of backslapping.”

That sentiment was shared by women’s champion Staff Markovich.

“The spirit and team camaraderie today, with so many members coming out to support our club, is a testament to the new ownership and management team,” she said. “Today’s Champion of Champions experience was reminiscent of 20 years ago when members took pride in and supported their clubs and friends.”

Luke DelGobbo made an impressive debut at last Saturday’s Champion of Champion golf tournament at Sawmill.

Things didn’t start out well for the Grade 9 student at E.L. Crossley as he lost a ball early and was three over par after three holes.

“He helped me mentally,” DelGobbo said. “He told me to slow down and when I asked him for a good swing thought, he gave it.”

“Just pure it” was the advice given.

DelGobbo is in only his third year of golfing and isn’t hung up on the historical significance of winning his first Champions crown at such a young age.

“I haven’t thought about it and it hasn’t really crossed my mind,” he said.

DelGobbo is also a talented soccer play and suits up with the Niagara Falls Titans under-15 squad.

For the first time in the 68-year history of the Champion of Champions tourney, a golf course played host to the event in consecutive years.

“They (Sawmill) bailed us out to put it bluntly,” said co-chair Wayne Redshaw.

“We just couldn’t get any other course,” added co chair Jim Price.

“The bottom line is that it is the economic situation today at golf courses,” Redshaw said. “I fully understand and it’s just one of those things. We were fortunate that we could have it here.”

The Champions committee will address the issue in the months ahead and decide where to go in future years.