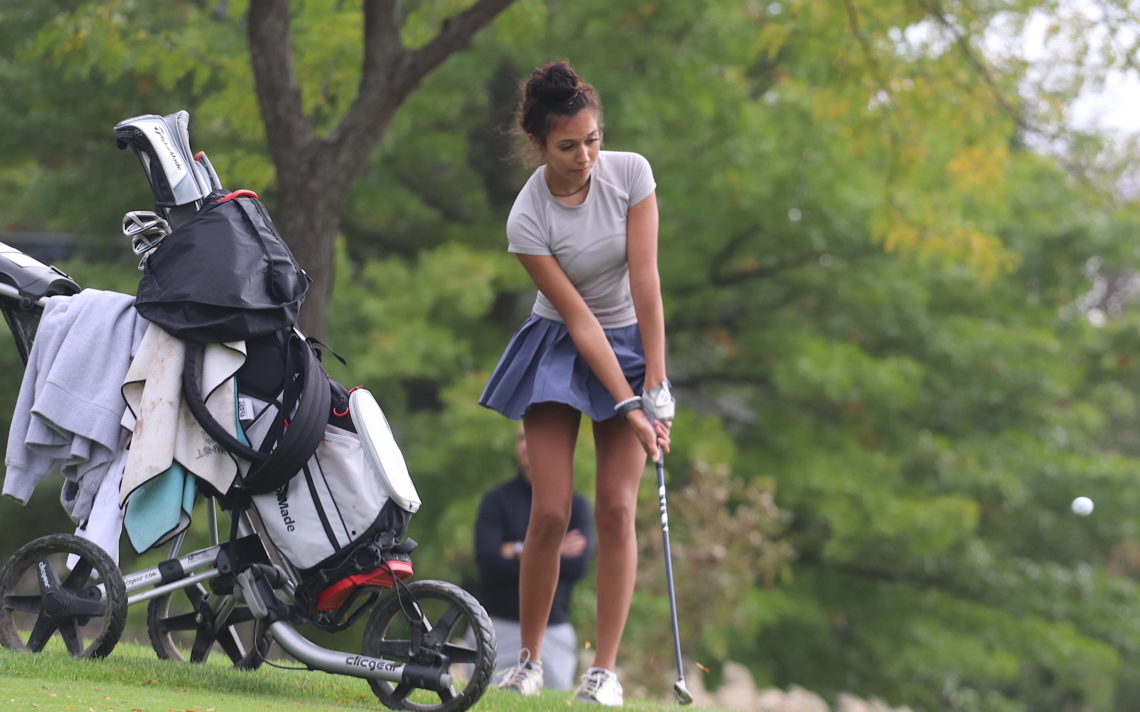 The Grade 12 student at Saint Francis started playing golf at the Fenwick course when she was seven and she is now finishing her high school career this Wednesday and Thursday at Sawmill, competing in the Ontario Federation of School Athletic Association’s girls golf festival. 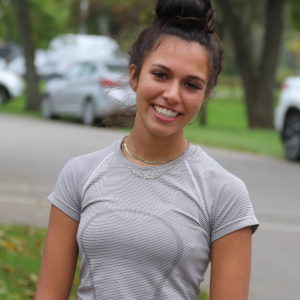 The Lookout Point member carded a 93 to sit alone in fourth place in the high school girls division (players who haven’t competed in a provincial or national championship in the last 12 months.

Her home course knowledge benefitted her.

“It really helps because I know some of the holes where it is really tricky to see, like the doglegs.”

Sir Winston Churchill’s Casey Kenney is alone in fifth place in the open girls division following an 81 and Port Colborne’s Mikayla Lacey is in alone in sixth after an 82.

Alderson last played in the OFSAA golf festival in Windsor when she was iGrade 9.

“It’s nice to be able to play because last year I didn’t get to play in it because of COVID.”

Like all her classmates, she didn’t relish what COVID did to her Grade 11 school year.

“It was pretty hard and I didn’t enjoy it,” she said. “I Facetimed my friends, that kind of thing, and I was on my phone a lot. And I also came to the golf course as soon as it opened.”

She was thankful for convenor Bill Lipsett and Sawmill stepping in at the last minute to stage this year’s festival.

“If they didn’t step up we wouldn’t have had a tournament,” she said. “It gives us a chance to compete and have fun at the same time.” 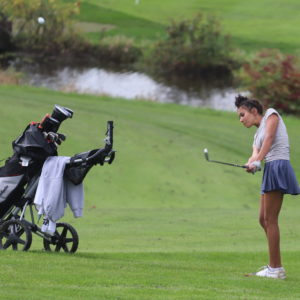 Alderson will not be making another trip to OFSAA. She’s planning to study interior design at college next fall.

A total of 41 girls teed up on Wednesday, representing eight associations.

“There were 10 that declared but two didn’t send any players,” Lipsett said.

There were plenty of happy faces on the course Wednesday.

“Everyone is appreciative of a chance to play whether it be players or coaches and it’s not a whole lot different than what school is this year,” he said. “Kids are just happy to be out doing normal things and that makes me feel good because that is exactly why I took this on. It was to give them some opportunities.”

“Carrie was instrumental in throwing her hat in the ring and  Jeremy (Julie) has been fantastic and awesome in setting things up. And it’s great having Alex (Taylor) convening with me as a result of Carrie giving her some time to do it. Alex has done a phenomenal job.”

Mother Nature even chipped in to make the event run smoothly.

“The weather had been great compared to the last two time I did the boys (OFSAA championships),” Lipsett said. “This is fantastic and the weather also looks pretty good for tomorrow (Thursday).”

Skyler Kew is first-round leader in the open girls division after shooting a 76. It gave her a two-shot lead over Kathy Yao.

Meanwhile at the OFSAA boys championship being held at the Glen Eagle Golf Club in Bolton, A.N. Myer’s Ben MacLean is two shots out of the lead in the open boys division after carding a 70.

In the high school division, Sir Winston Churchill’s Morgan Daly has a three-shot lead after opening with a 71.

Both OFSAA events are 36-hole tournaments.