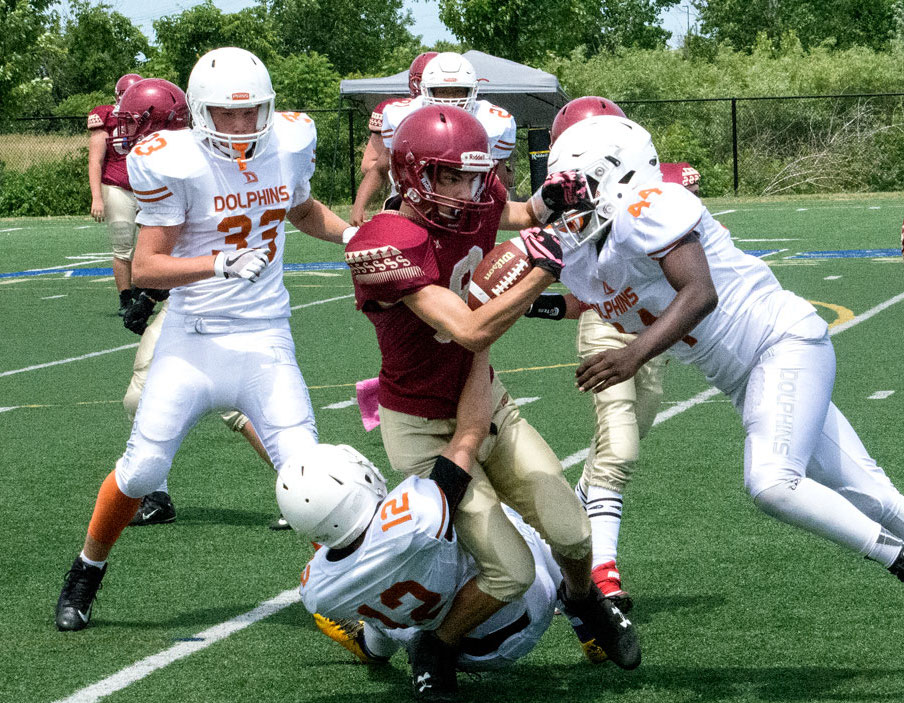 It was mission accomplished for the Niagara Spears Varsity football team as it opened the Ontario Provincial Football League season Saturday with a 38-11 road victory against the Guelph Junior Gryphons.

“This was a huge game for us to start to establish our identity along with coming together as a team and being on the road for our first game,” head coach Brian Duguay said.

Duguay liked the victory, but felt there were areas his team needs to work on.

“This was a good first game (because) we were able to get a lot of players in,” he said. “We have some stuff that we need to clean up for our next game. We need to stop taking penalties that take us away from huge gains or touchdowns.”

Niagara had three touchdowns called back because of penalties.

“The defence played strong, but we will need to pick it up more for our next game,” Duguay said. “We missed some clean hits that needs to be made.”

He also wants his squad to be physical, but try and keep its emotions in check.

Scoring in the second half were: Darcy MacIsaac (Stamford/Westlane), 13-yard TD pass from Ryan James (A.N Myer); and, MacKinnon, 28 yard field goal and a convert.

The offensive leaders for Niagara were: Reid 10-14 passing for 117 yards and 2 TDs;  Devon Schiller Cleveland (Saint Paul) 3-6 passing for 43 yards; James, 3-4 passing for 70 yards and a TD; Chase Bowden (Stamford/Westlane), eight rushes for 74 yards; Nyambiya, five carries for 51 yards  and a major; and, MacKinnon, three field goals, four converts and a rouge.

Next up for the Spears is a Saturday road game in Essex. Essex opened its season with a 20-14 road loss to London.

The Niagara Spears Junior Varsity football team opened its season Saturday with a 20-13 loss to the Vaughan Rebels.

“The boys played outstanding and I couldn’t be any prouder of them,” head coach Bill Crawford said. “They didn’t get involved in the chippyness and and their restraint was pretty high.”

Crawford singled out the play of Jacob Tessier on offence and Josh Morley in the defensive backfield.

The Spears showed a lot of variety on offence.

“I had two quarterbacks playing and taking turns in the game and they both played very well,” he said. “That is very hard to do as a quarterback.”

The team has yet to decide between Drake Somerville (A.N. Myer) and Marshall McCray (Saint Paul) at quarterback.

Niagara shut out the Rebels for the the first three quarters before giving up points in the final quarter.

“The defence as a group played very well for three quarters,” Crawford said.

He felt good games were called by his defensive and offensive coordinators Nathan Greene and Daniel Pepe.

Crawford likes the look of his roster and he expects it to get better each week.

“I believe come playoff time that no one is going to want to play us,” he said. “We are very young and more than half of our roster is first-year players. but the kids who returned from Tier 1 and Tier 2 last year are all super talented as well.”

The Spears play at Essex this weekend. 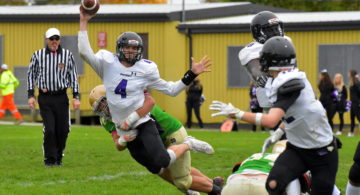 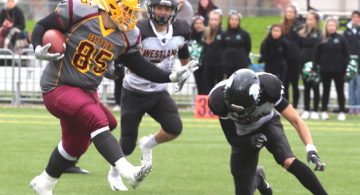 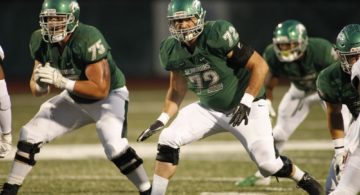