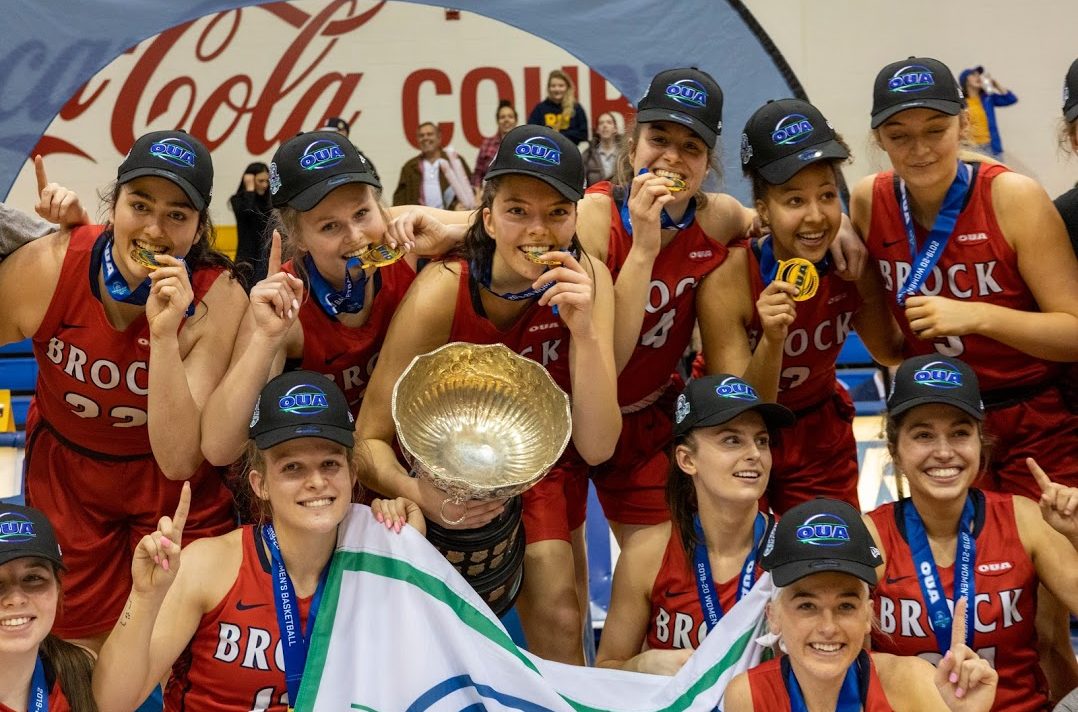 “I am still on cloud nine,” the 21-year-old St. Catharines native said. “Never in a million years would I have though that it would happen yesterday (Saturday).”

The 6-foot-3 post player had a game for the ages against Ryerson, going 8-for-9 from the three-point line on her way to 42 points. She also added a dozen rebounds, three steals and two assists. 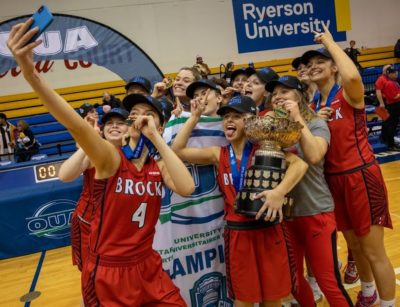 The 42 points were a career high for her at any level — she had 38 once in a Juel game — and eclipsed the 28 points she scored this season for Brock in exhibition play.

“If you ask my teammates, they would probably say that I was like a zombie and it felt like I had no facial expressions because I was locked in,” the Sir Winston Churchill alumnus said. “I was completely and totally focused on the game.”

She has had a similar feeling in the past but not to that extent.

“Normally I am conscious of it and I know that I’m having that kind of feeling, but I was only talking about basketball,” she said. “Anything that came out of my mouth was strategy and I was 100 per cent into that game.”

The feeling lingered even after the game was over.

“It took me until five minutes after the game,” she said. “We were shaking hands and I was just staring. We went over the crowd and it wasn’t until I saw my mom and my sister that I snapped out of it and started to tear up.” 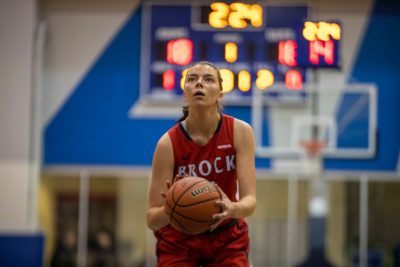 Keltos agreed she was thinking about her time with the NCAA Division 1 St. Francis Brooklyn Terriers after winning an OUA title in her first year at Brock. In her last season at St. Francis, she was never given much of a chance to show what she could do, averaging 1.3 points. 0.9 rebounds in 3.3 minutes of playing time per game.

“I thought about all the times I wasn’t given a chance or was looked past on the bench and not getting in any of the games.”

She also recalled her final playoff game with the Terriers.

“We lost in the first round and I didn’t play in the entire game until there were 30 seconds left and my coach put me in,” Keltos said. “I actually went in for a three-point play and drove to the basket and sprained my ankle.

“Not playing until the end and then injuring my ankle was so frustrating.”

Saturday at Ryerson was the exact opposite experience.

“Being able to play most of the game this time in a final game and then being able to score 42 unbelievable points in a win still has me with a loss for words,” she said. “It is absolutely crazy.”

Brock head coach Mike Rao said a lot of things went right to allow the sixth-seeded Badgers to knock off the second-seeded Rams. 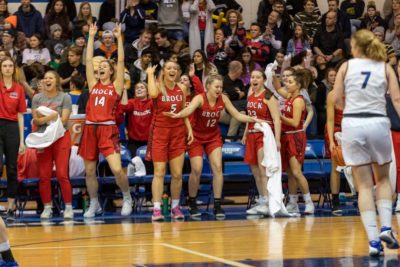 “Sam Keltos went right amongst other things,” the OUA coach of the year said. “Melissa Tatti got the ball to all the right places and she made some great decisions and moved the ball well. Jess Morris hit some big shots for us and defended their best player (Marin Scotten). Kristin Gallant played great defensively and Sofia Croce just defended and was our mainstay on the boards. And Sam boarded well too. And Jenneke (Pilling) came in and did a great job defensively as well and had four or five assists.”

Rao described it as one of his team’s best games of the year.

“The ball distribution and ball movement were phenomenal and the game was a culmination of all the year-long work,” he said. “It all showed up in the third and fourth quarter yesterday and I am proud of that.”

Brock will be seeded second at the U SPORTS championships and will play Calgary Thursday at 3 p.m. 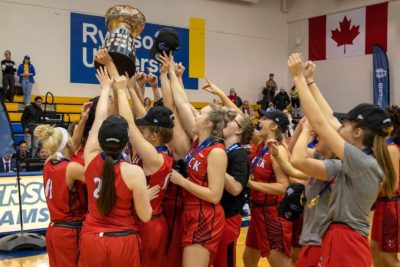 “I am learning a little about the seeding process and whether it helps us or hinders us I don’t know,” Rao said “It is all about matchhups and so many other people have different opinions on it and they decide.

It doesn’t matter where you are ranked, It is who you opponent is.”

He thinks first-round opponent Calgary is one of the best squads in the tournament.

“If you get second (seed) and you have to play them in the first round, are you really a second seed? They lost two games all year long and they beat Saskatchewan who is the top team.”

Brock will be arriving at the U SPORTS championships with nothing to lose after erasing a 19-point deficit to defeat Windsor in the quarter-finals and then overcoming a 12-point second-half deficit to take out Western in OUA semifinals.

“Everyone in the league has been doubting us all season and we have nothing to lose,” Keltos said. “This is our time to win.”

Brock will also be drawing motivation from the on-line chatter about it chances at nationals.

“There are some people out there saying that we are going to lose every single game and come home on Friday or something like that,” Keltos said. “I’m like ‘uh-uh.’ That isn’t going to happen.”