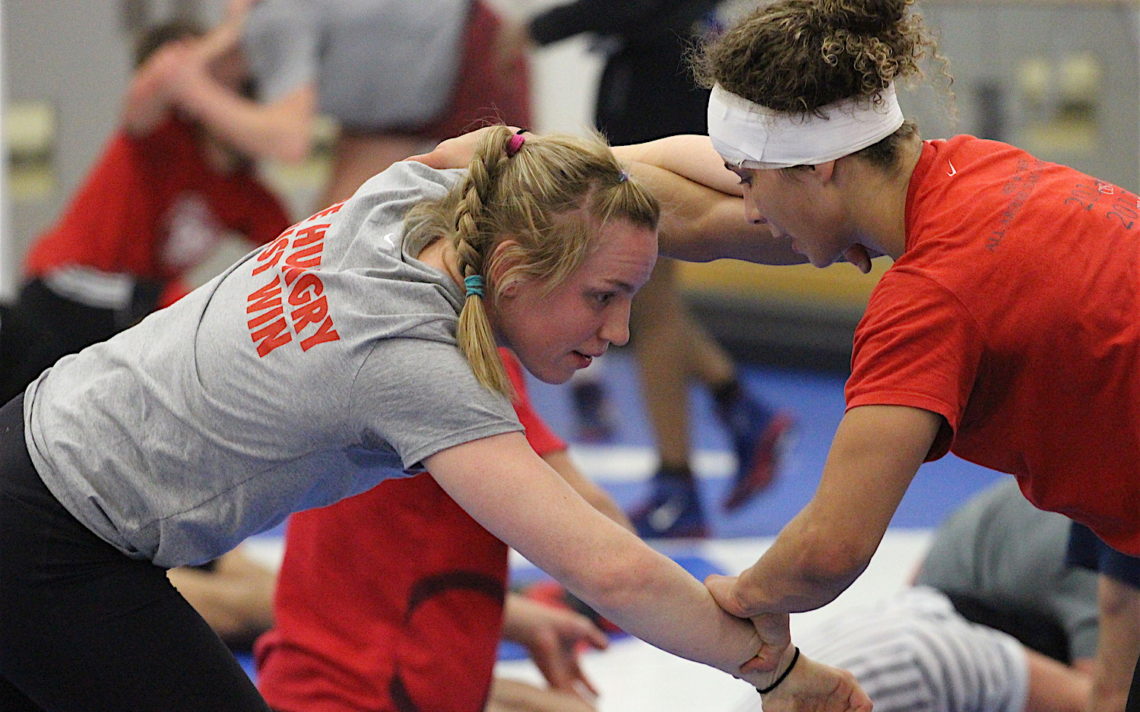 Being a high-performance athlete is a full-time occupation in itself.

One can only imagine the schedule for Diana Weicker, the 2017 55-kilogram senior national wrestling champion and the recent 53-kilogram winner at the Commonwealth Games trials. Included in the daily routine of the 28-year-old native of Nova Scotia is being the mother of two boys under the age of three, Aiden and Oliver, and working part time on weekends and evenings as a registered nurse in paediatrics ward at the St. Catharines hospital.

“I don’t know,” she said, when asked how she juggles such a busy schedule.

She knows it wouldn’t be possible without the assistance of Ryan Weicker, a former high-calibre wrestler himself.

“Ryan is a big help,” she said. “He is an awesome dad and he comes home early every day to take the kids, sometimes having to go back to work after I get home from practice.” 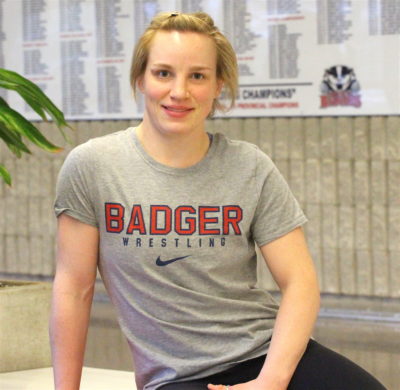 “We’re the only ones that understand going home and not having that break or to sleep. Or to come in tired because somebody kept you up all night,” she said. “It’s those little things that people don’t necessarily get and it’s nice to have someone doing it with you.”

“Any high-level athlete has to make sacrifices but she’s doing it with two young children and having a job,” Collie said.  “Diane and Jesse MacDonald, who are both in the same situation, are role models for our next generation that they can balance all that out and still get the results that they do.”

Ryan, a professional firefighter in Thorold, is the perfect spouse for Diana.

“He completely understands when I am cutting weight, when I have to travel or the sacrifices that I have to make,” she said. “I don’t even have to explain it to him and I wouldn’t be able to do it without him.”

Even with Ryan’s help it isn’t easy.

“It’s exhausting but I just love it,” she said. “I wrestled a long time before I did it so I have a good groundwork underneath it.”

Having children has given Diana a new perspective on her wrestling career.

“It’s more fun because I get to enjoy what I am doing and appreciate it that much more,” she said. “After the time off when I had the kids, I had so much more desire to be there and I took it all for granted when I was there.”

She fondly recalls her days of being a varsity athlete where she has time to herself and had plenty of time to devote to the little things in life.

“Now I am down to a minute-by-minute schedule to make sure I can get everything that I can get done.”

That hectic schedule is driven by what lies ahead.

“It’s the Olympic dream and just to know I can do it. I really believe I can and I want to give it a real shot,” she said. 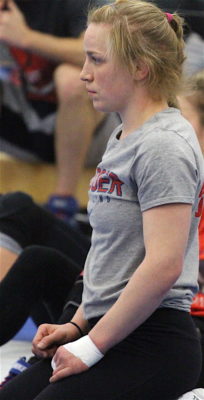 That dream was rekindled watching the 2016 Summer Olympics on TV.

Weicker had previous junior nationals titles to her credit but this year’s senior title was her first.

“It was really cool,” she said. “It was at an non-Olympic weight which wasn’t as cool but it was definitely exciting.”

She followed up her Canadian championship by winning the trials to go to the world championship.

“It was my first senior world championships and it was an amazing experience,” she said.

The three-time Canadian university champion has a difficult time pinpointing why she has enjoyed so much success this year.

“I have no idea,” she said, with a laugh. “I think it’s because I appreciate it more and I have a healthier balance.

Wrestling isn’t the be all and end all in her life.

“I have kids and I’m happy every day no matter what,” she said. “Win or lose, I am enjoying doing it and I appreciate being able to do it that much more.”

Weicker was starting to come into her own before she had children and now she has stepped up her game even more, Collie said.

“A lot of it comes from maturity,” he said, “Everybody has to make sacrifices but the sacrifices she has had to make to be successful, you definitely have to be serious about it.

“It’s not like she just wants to be at the top of the country. She is putting the time in; the morning sessions and the weight sessions.”

While the 2020 Olympics are almost three years away, Weicker can hear the clock ticking.

The Commonwealth Games will be her second major games featuring multiple sports. She represented Canada at the 2013 World University Games.

“I love the team environment and being part of Team Canada as a whole, seeing other sports you really feel like a community,” she said. “It’s such a cool feeling to be a part of something so big.”