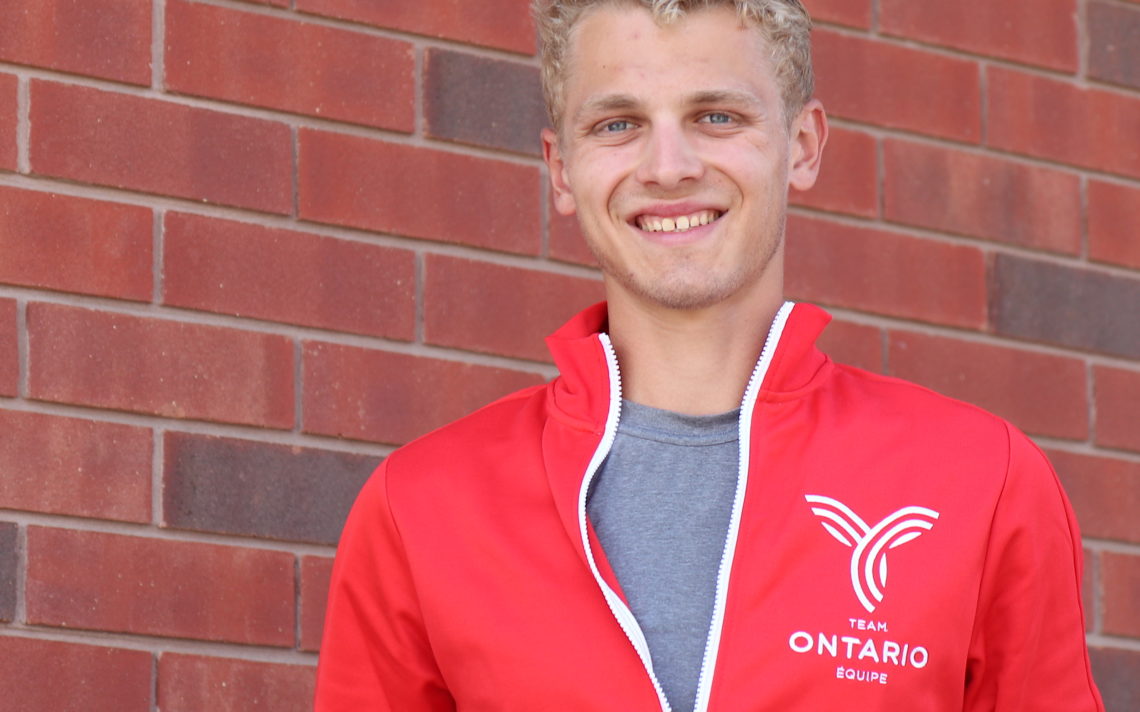 Stephen Harris is on a major roll in his athletic career.

In analyzing the reason for his recent triumphs, the 20-year-old Guelph native points to the summer of 2021 where he stepped away from competitive training, worked 60 hours a week and was ‘only’ working out four days a week.

“As a junior, it was go, go, go for so long and going from 12 training sessions to four was big,” Harris said Wednesday, after helping Team Ontario’s quad win its heat at the Niagara 2022 Canada Summer Games.

“And then I came back into training and I was faster then I was before I had taken the time off. It was a big physical and mental reset and it was realizing there was more to life than that. Surprisingly that helped with a lot of stuff but it is also maturing as an athlete.”

Realizing there was more to life than rowing was a key revelation.

“When rowing is everything, there is a lot of pressure.”

His new mental approach means that pressure is no longer there for him on race day.

“Before racing, I am calm and casual and people on the U23 team were asking me ‘How the heck are you like that?’ ”

As he warmed up for his final at the under-23 worlds, while others were locked in three hours before their final and not talking to anyone, 90 minutes before his final, Harris was starting his warm-up but he was on his phone calling friends, talking to people, taking a few Snapchats and watching Netflix.

“I find that if I put too much pressure on it, I get in my own head and things don’t work out well. It is a lot of mental, not just physical and when you are calm and trust yourself, it is better.”

Harris agrees he surprised himself a little bit at the U23 worlds.

“My heat wasn’t great there. I had a hard heat and I ended up coming third in that race.”

His heat included the eventual winner. The rower who ended up fourth in the final was second in the heat.

“I went out way too hard in that race and afterwards I was thinking I would be in the C Final and I would be fighting for the mid-teens. Then I looked at everything and realized my race plan is not how it should have been.”

Things changed dramatically in his semifinal.

“I was like ‘Holy crap. I think I am a favourite for a medal and not just have a chance.’ It was really good.”

Determination played big role in his success on the international stage.

“It was rough out there and I definitely had some ups and downs. There was a week where I thought I just needed to go home and I needed to say that I can’t do this. I was banged up and dealing with some injuries.”

Going into the worlds, he was dealing with a shoulder injury and wasn’t sure if it was a partial tear or a strain.

“I was having to take muscle relaxers and light pain killers just to row. There was a lot of pain there and I was scared to race because I didn’t want to cause a long-term injury. Luckily it resolved itself the day before racing and the stars basically aligned.”

To prepare for this summer, Harris paid his own way out to Victoria in May to train at the national training centre.

“It is the place to be and I felt like I needed to go out there and have a chance this year,” he said. “Going into this year, lightweight rowing on the Olympic stage is going to be gone in 2024 so it was now or never. It was commit and see if I have an opportunity or a chance to potentially go to that last Olympics. I thought that if I didn’t go, it was something five years from now I would look back on and regret for the rest of my life. I didn’t want to be in that situation and it was better to say I tried then not at all.”

His ultimate goal is the Paris Olympics in 2024 in the double or the world championships scheduled for St. Catharines in 2024 racing in the single.

“Either one of those would be incredible and if I could do either one, it would be a dream come true.”

Winning the under-23 bronze at worlds was a big step in the right direction because it earned him carding money from the federal government. He is the only lightweight male currently receiving funding.

“The carding helps immensely. It takes a massive weight off the chest with rent and stuff. I can focus fully on rowing and not worry about working for rent. It allows you to put that time into school or rowing. Honestly, it is life-changing.”

Harris, who has one more year of rowing at Brock and then he will decide in the spring if it’s time to move full-time to Victoria, is having a blast at the Canada Games.

“It is really fun, especially being back here at Brock. Being a Brock student, it is kind of like being at home and sometimes I forget that I don’t have to go to class after the rows. I didn’t thankfully so I could focus on recovery and getting ready to race again tomorrow.”

He agrees it might have been fun to travel some place else in Canada to compete in the Games, but he loves that the rowing is being staged in St. Catharines.

“Being here is really nice and so is having homecourt advantage. It is nice walking around, knowing most of the volunteers. My roommate (Thomas Markevich) is volunteering and I was casually chatting to him before races.”

He is competing in the quad, single and lightweight double.

“It is a nice event to come back from the U23 worlds which I was at three weeks ago. It keeps me in training. I would have taken probably too much time off before the university season. It is important to me because it keep me locked in and it also gets me racing with other people instead of just the single which is the only boat I have rowed since last November.”

Brock coach Peter Somerwil is a big fan of Harris.

“To win a medal at the under-23 world championships is fantastic and it takes a lot of hard work,” he said. “He is one of these athletes who are very goal-focused and very determined. When he sets his mind to pursuing something, he goes all in.”

Somerwil sees Harris trending in the direction of representing Canada at the 2024 Olympics.

“That is the hope but it will be a challenge to get there. He is somewhat youngish in age but he determined enough to give it a really good shot.” 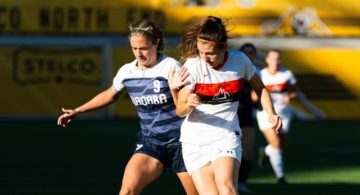