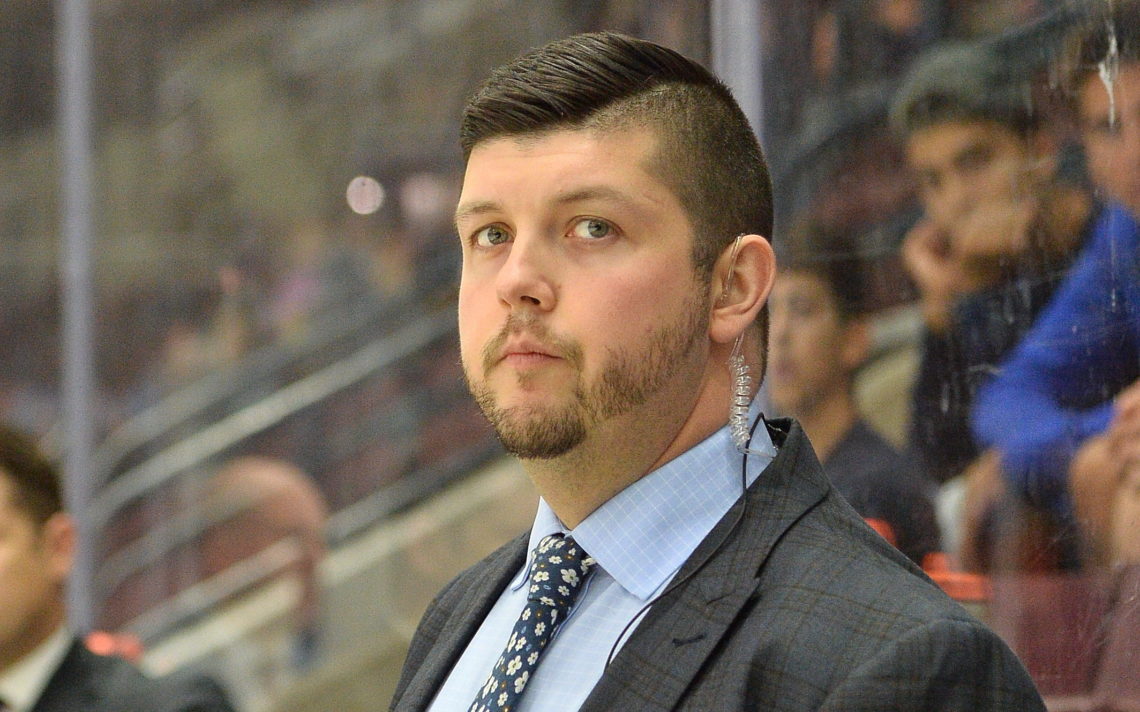 The 31-year-old Niagara Falls native has always wanted to be a head coach at the OHL level and feels the move will get him another step closer to his dream.

“Ultimately, my goal is to become a head coach in the Ontario Hockey League,” Wolfe said. “I think over the last five years in Erie I’ve proven I’m a capable assistant coach at this level. We’ve had a lot of success at the team level winning an OHL championship in 2017 and I am very proud of the work we’ve done to move players on to the next level of their careers.

Wolfe did his due diligence and spoke to several people after being offered the position.

“The resounding answer that kept coming back was it was very much a pathway to that goal for me,” he said. “Outside of the team goals I have in Cobourg, for me individually it’s a stepping stone in my career and a move forward to what I would like to accomplish next.”

Wolfe, began his head coaching career at the junior level with the Pelham Pirates of the Greater Ontario Junior Hockey League before moving on to the St. Catharines Falcons.

“I think my time in St. Catharines ultimately prepared me for the next phase of my career more than I ever could have imagined,” he said. “The standard and expectation that is set from the top down truly challenged me to bring my best every day and understand what it’s like to be a part of a top organization in any league.

“Erie was very much the same and Cobourg is also at the same level in their respective leagues, so that initial experience was invaluable. The Falcons (and Frank/Rick Girhiny) were an integral part of my development as a coach and ultimately helped open the door to move on to the next level. For that I am very grateful.”

Wolfe looks back on his time in Erie with a great deal of fondness.

“The OHL is a premier league for development and very hard to get into,” he said. “It was a pretty great situation.

“I don’t even know if I can put into words how much of an invaluable learning experience it’s been.”

Wolfe mentioned several key people in the Otters organization— everyone from owner Jim Waters, to general manager Dave Brown, to coaches Kris Knoblauch, Chris Hartsburgh and BJ Adams — as all playing a significant role in his development, both on and off the ice.

“It was probably the toughest choice I ever had to make. I’m leaving a lot on the table in Erie. It was a fantastic situation. I think I’ll look back when I’m 65 years old and think that was one of, if not the best positions, I ever had.”

The Cougars approached Wolfe about two weeks ago and offered him the job.

“We’re very excited to add Wes Wolfe to our hockey operations team as assistant general manager and head coach,” general manager Alex Guiney said in a statement released on the team’s web site. “Wes’ player-centric approach to both on-ice and personal development matched our organization’s values and made this a great fit. Wes has a tremendous track record of developing players and aiding them in being the best versions of themselves. We look forward to him contributing to the Cougars success and aiding us in the pursuit of a national championship.”

Wolfe has also been involved with the OHL/OHF Program of Excellence, coaching at the program four times (2014, 2015, 2018, 2019) as well as having coached at the OHL draft combine (2018, 2019) and was a guest speaker at the OHL coaches conference in 2019 and 2020. He also founded his own coaching conference, the Niagara Hockey Coaches Seminar for grassroots level coaching development, which saw more than 1,000 virtual attendees for the 2020 virtual series.

“Wes is a tremendous addition to our organization and brings a dynamic energy to our team and staff,” Cougars governor Marc Mercier added. “What Wes has been able to accomplish in Erie, in terms of wins, but also in the development of players, has our organization excited over what he will be able to accomplish in Cobourg. Wes has coached in big games, won championships, and will bring that experience and expectation with him to the Cougars as we pursue our goal of winning another national championship.”