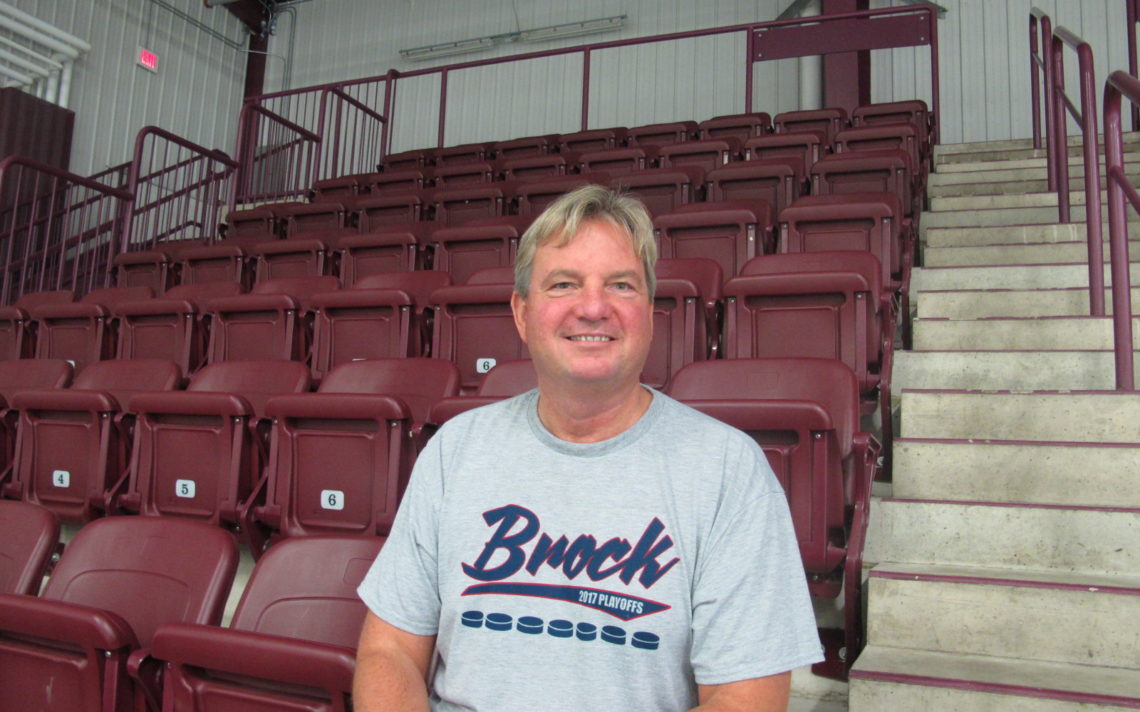 Even with the acknowledgement that hindsite is always 20/20, Marty Williamson admits some time away from the ultra-competitive side of hockey may have been a blessing in disguise.

The 53-year-old Newmarket native was caught off guard — as were many in the hockey world — when he was relieved of his duties as general manager/coach of the Niagara IceDogs following the 2015/16 season.

But looking back after a year away from the Ontario Hockey League, the new interim coach of the Brock Badgers men’s team realizes some good came of the dismissal.

“I think there were more positives out of it,” Williamson said from his office at the Seymour-Hannah Sports Complex. “I pushed hard for a lot of years. I pushed hard to get to the OHL. It takes its toll. A lot of long seasons in tier 2 and then 12 years in the OHL but it was all worth it. It was a great run.

“It was disappointing. I wanted to keep going but there are changes that happen in organizations so the year off was a great recharger.”

The down time gave Williamson a chance to coach his son Sam’s team to an OMHA AA bantam championship and also spend more quality time at home.

“I missed a lot of my son’s hockey and tournaments over the years. I don’t think I ever got to hang out with the parents. It was usually in and out because I had to get back for a game,” he said.

“To spend the quality time with my wife and son and daughter was really invaluable. I thought it was the perfect time for me.”

Williamson, who had a health scare with a serious heart issue a couple of years ago, says he feels 100 per cent and has been given a clean bill of health by doctors.

“I didn’t need it (time off) for those reasons. I needed it to catch up with some things and maybe slow down a little bit,” he said. “It was a fantastic thing to do.”

With a year off under his belt, Williamson began to get the itch to coach at a competitive level again. The Brock job became open after the Badgers parted way with Murray Nystrom following 18 seasons.

“I always had it in my head one year (off) would be good. I didn’t know if I wanted to sit out two years,” Williamson said. “You don’t really know and we had a debate because we wanted to stay in the community badly but there are only a few paying jobs.”

The Williamson’s discussed moving and agreed if it came to that they would pack their bags and relocate, but their hearts remained in Niagara.

“I feel unbelievably lucky,” Williamson said. “I know it put big smiles on the faces of my family. I’ve met so many good people in minor hockey and IceDogs fans and now at Brock that it really is home for us. It really is special to stay.”

Williamson was hired to a one-year deal with the tag of interim head coach.

“I will reapply in March or April and I hope this gives me a leg up as far as people who will apply for the job because I’m here trying to build a program,” he said.

Williamson has been on the job at Brock for only a short while, but has already noticed some drastic changes from coaching in the OHL.

“Players text me they have classes at certain times and they are paying to go to school here. That’s their priority, to get a fantastic education,” he said. “You learn quite quickly they are here for that dual life of a student/athlete but they’re competitive guys. A lot of them come from the OHL or top tier 2 or junior B programs so they want to be hockey players, too.”

On the ice, Williamson doesn’t plan to change much.

“I think coaching is coaching and teaching is teaching,” he said. “For the on-ice and getting the players to buy in as a group it all stays the same. You’re just dealing with a different group of players. The high end players go on to pro. We get the next group of guys who played at a high level and had those dreams and now are at the crossroads of their hockey careers so they come to university to play great hockey and get a great education.”

Williamson, who made it to the OHL finals three times without winning a championship, would love nothing more than to bring Brock a Canadian title.

“I would love to compete for a championship. I’m driven that way,” he said. “We want to take strides to make Brock one of the top recruiting teams out there. That’s going to be big part of my job. I think I can offer a lot to players coming in. I’m connected well. I can help them a lot that way. That’s what building a program is all about and that’s the exciting part.

“Neil (Brock athletic director Neil Lumsden) has talked a lot about that, building a winning culture. We want to win championships and that’s exciting to me.”

The Badgers begin regular season play October 11 in Guelph. Their home opener is October 14 versus York.