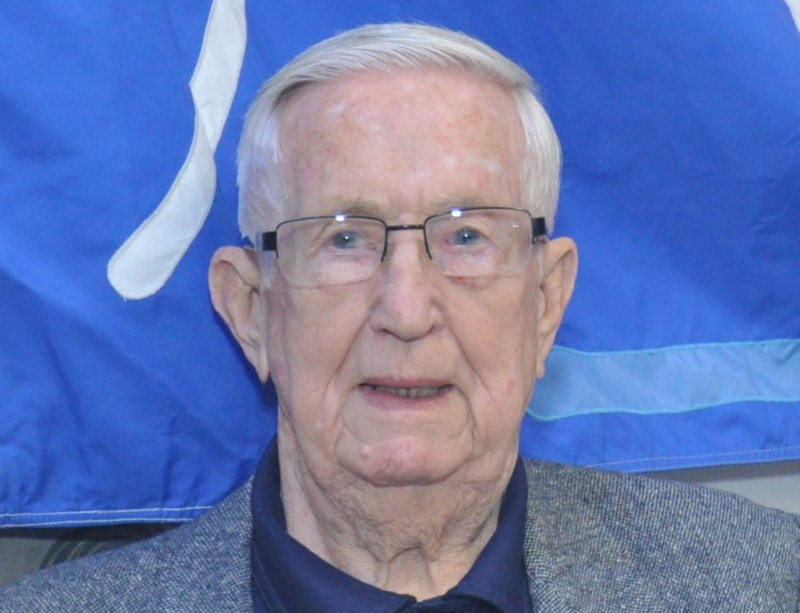 William (Whitey) Frick is being remembered as a dignified, classy individual who was well respected within the sports community.

Frick passed away last week in his 95th year and just shy of his 70 anniversary with his wife Lorna.

“He was just a really true gentleman,” St. Catharines Old Boys Lacrosse Association archivist Chris McNulty said. “I really I don’t think you could find a person that could say a cross word about him.”

McNulty worked on and off with Frick for the last 20 years with the Old Boys.

“He would make time for anybody,” McNulty said. “Especially in our organization, he was always very accessible to people if they needed him or if they needed something. He was very generous with his time that way.”

Frick was born in Peterborough and moved to St. Catharines at the age of 10 where he started his long sports career playing lacrosse for the bantam Shamrocks. He went on to play minor lacrosse before graduating to the Junior and Senior Athletics.

Frick was also a well-known hockey player at the junior B and junior A levels. He also spent one season playing in Scotland.

He coached minor lacrosse in St. Catharines and refereed at every level, including Minto Cup, President’s Cup, Mann Cup and professional lacrosse during the 1960s and 70s. In addition, he acted as a scorekeeper, timekeeper and fundraiser for both minor and junior lacrosse in St. Catharines and was awarded with the Mayor’s Award of Merit in 1992 and inducted into the St. Catharines Sports Hall of Fame in 1994. He is also a member of Ontario Lacrosse Hall of Fame and the Canadian Lacrosse Hall of Fame. In 2002, he was presented with the Queen’s Golden Jubilee Medal.

Frick was also an avid bowler, softball and baseball player and was the St. Catharines Sportsman of the year in 1985.

“When I first joined the Old Boys it was all guys that had won Mann and Minto Cups in the 40s so I heard all these stories. I get shivers just thinking of some of the stories,” Luey said. “Whitey was a guy who played on a Mann Cup before he won a Minto Cup. I always thought that was pretty interesting.”

Luey said Frick was well respected as a referee.

“He refereed Mann Cups and Minto Cups and if you do a Mann Cup or Minto game, you have to be at the top of your game,” Luey said. “That says a lot for him.”

“I talked to a guy from Ottawa last week about the 90-91 (Athletics) team going into the Hall of Fame and he brought up Whitey’s name. He asked how he was doing because he was one of the last surviving and oldest members of the Hall of Fame.”

Frick also loved watching the A’s and often made road trips to see them play out of town. Luey remembers Frick being in Kitchener in 2003 when the A’s won the Minto Cup.

Cremation has taken place and a Celebration of his Life will be held at a later date. Arrangements are entrusted to the George Darte Funeral Home, (905) 937-4444. Memorial donations may be made to the St. Catharines Old Boys Lacrosse Association or the Ontario Lacrosse Hall of Fame. 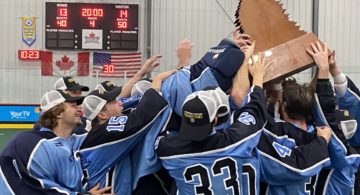 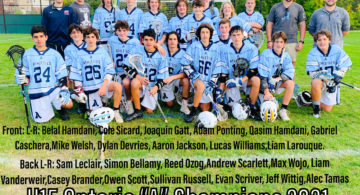 U15 A’s wrap up undefeated season with championship 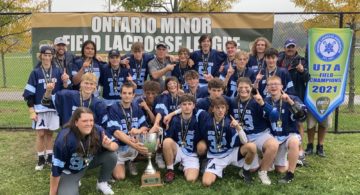