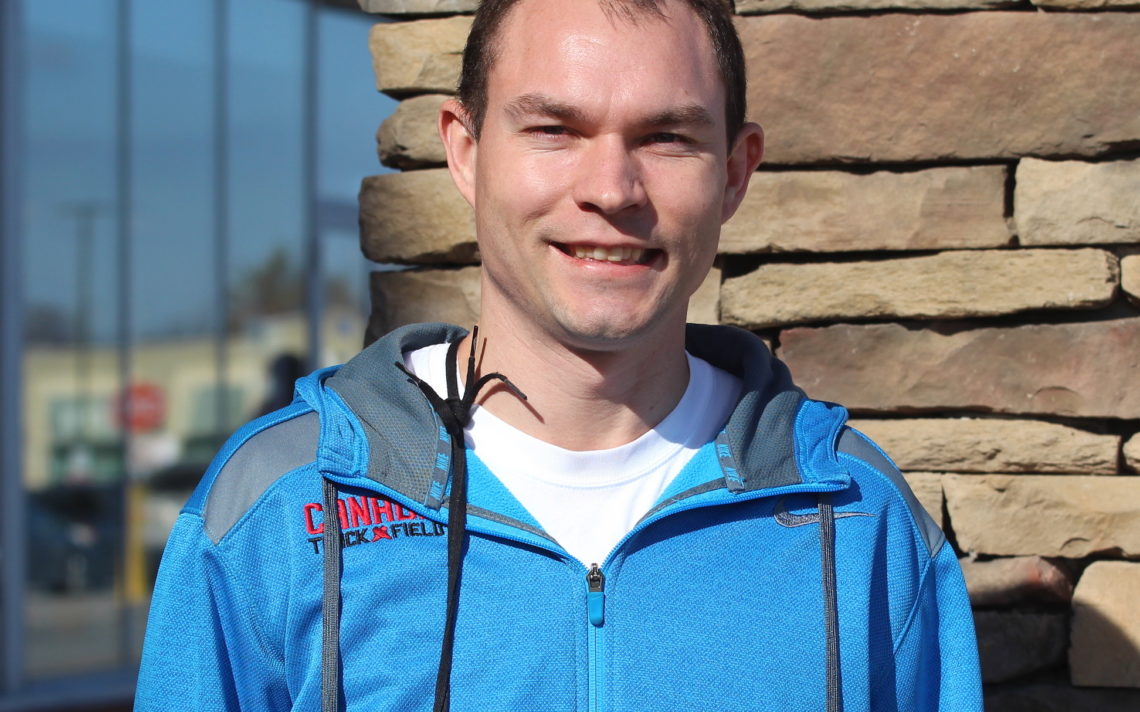 Kyle Whitehouse’s pursuit of Evan O’Hanlon will continue next month in Australia.

Whitehouse, a 27-year-old St. Catharines resident, is one of nine para-athletes selected to attend the 2018 Commonwealth Games April 4-15 in Gold Coast, Australia. Whitehouse, the Canadian record holder in the T38 100 metres (11.6 seconds) and 200 metres (23.55 seconds), will compete for Canada in the 100-metre event and his main competition will be Australian Evan O’Hanlon. O’Hanlon has won five gold medals at the 2008 and 2012 Paralympic Games, silver at the 2016 Paralympics and gold in the T38 100 metres at the 2017 World Para Athletics Championships.

“That darn Evan,” said Whitehouse, a Niagara Regional Athletics member. “He is from Australia and he has the same type of disability that I have.

Whitehouse has a mild form of cerebral palsy and an intellectual disability.

“We have been chasing Evan for eight years,” NRA coach Sue Bartol said. “Truly he is our rabbit.”

And that rabbit is getting closer and closer.

The pair are hoping to use O’Hanlon as even more inspiration at the Commonwealth Games.

Whitehouse has trained in Australia before and is ready for all eventualities. 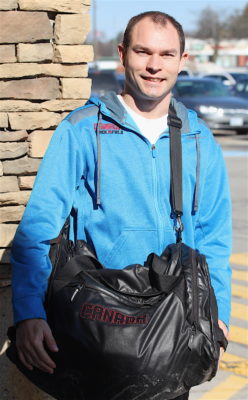 He is looking forward to Australia.

“It is my first-ever Commonwealth Games and that is very exciting,” he said.

About the only thing he isn’t relishing is the long flight that awaits him.

“He hates to be in the air but, unfortunately, the nature of the sport, dictates that we do a lot of travelling,” Bartol said. “When he asks me how long the flight is going to be, I‘ve clued in and I don’t say how many hours. I say how many movies.”

Bartol isn’t worried about Whitehouse struggling under the spotlight of the Commonwealth Games. He won two silvers medals at the 2011 Parapan Ams and a gold and a silver medal at the 2015 Parapan Ams in Toronto.

“He just rolls with the punches and he doesn’t get caught up in any of the meets,” she said. “I have never seen him get nervous even when we were at worlds.

“It’s a good quality to have.”

Whitehouse has just missed qualifying for the last two Paralympics, even with Canada’s rigid standards. He missed once by 0.2 seconds and another time by .02 seconds. Given the times he recorded during 2016, Whitehouse would have been in the top four in the 100 metres at the Paralympics.

“It was their loss,” Bartol said. “Fortunately for Kyle, he didn’t understand the magnitude of his exclusion.”

“To finish in the top eight in both events was incredible,” Bartol said. “It was truly amazing and he is an inspiration to coach.”

Bartol has been surprised with the progress Whitehouse has made since she began coaching him in 2008.

“Kyle is growing emotionally and physically and his strength is incredible,” she said. “His desire to compete and his level of effort at competitions has changed and he is growing so much. It’s incredible to watch and witness.”

Whitehouse becomes a  totally different person once he enters the starter’s blocks.

“He gets on that line he remembers everything and he puts everything together,” she said. “Just when you think he doesn’t get it, he surprises me altogether and he has been doing that more and more the last year and a half.”

Whitehouse, who trains with NRA and at York University, the eastern training hub for Athletics Canada, agrees he changes in the starting blocks.

“I am friendly with my breakouts and warmups, but when the officials say you have to go back to your blocks and stuff, I am a totally different person,” he said. “I turn into a person who is focused on what I have to do.”

That focus is helped by an arm brace Bartol has found to help him with his technique.

“When I first met Sue, I didn’t have a brace on me,” he said. “Two years ago, Sue found a brace in Florida used to help swimmers stroke in the pool, but I use it so my arm doesn’t cross over my body.”

The brace has made a huge difference.

“Without that brace, I was still running 11 seconds but I am dropping down every time now,” Whitehouse said.

When the starting gun fires at the start of the race, Whitehouse looks at the arm brace.

She would love to accompany Whitehouse to Australia, but it’s not financially feasible for her. He would also love to have her in attendance.