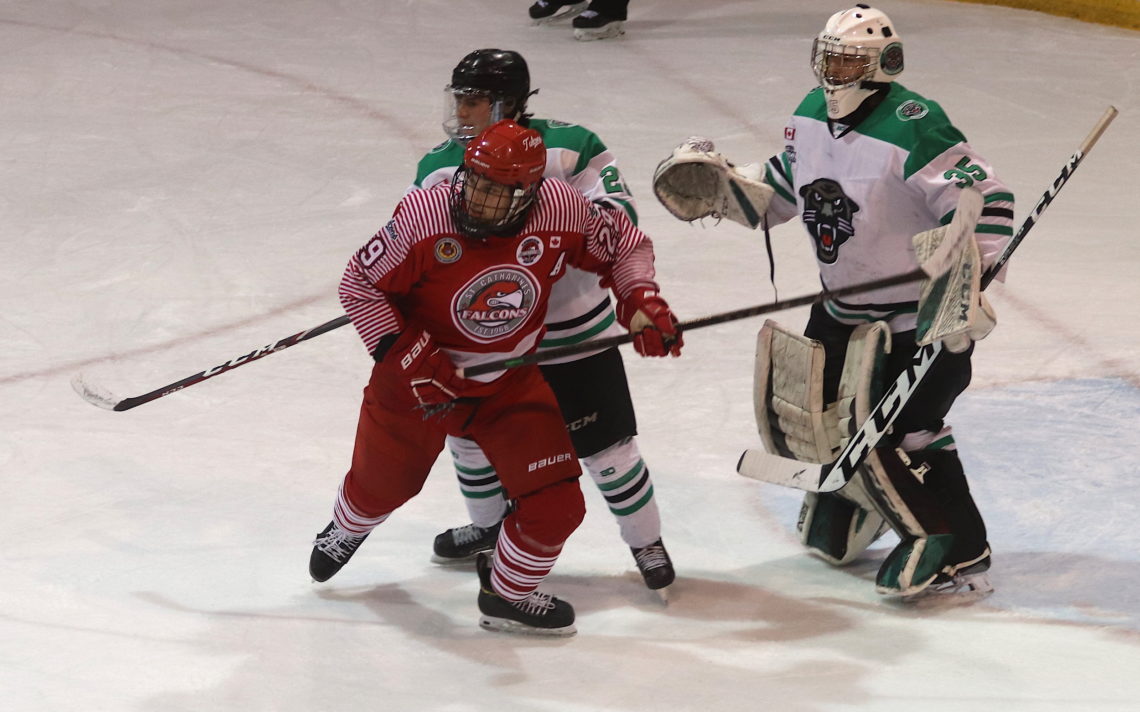 The regular season of the Greater Ontario Junior Hockey League has finally come to an end.

All three conferences wrapped up on the weekend with playoffs set to begin later this week.

The St. Catharines Falcons split a pair of games, topping the Caledonia Corvairs 4-3 at Caledonia Saturday while dropping a 4-3 decision at Pelham Sunday afternoon in a game that saw head coach Tyler Bielby rest several of his veterans.

Pelham, which rallied from a 3-0 deficit for the win, got two goals from Florian Xhekaj and singles from Luca Marandola and Diego Da Silva.

John Burbidge made 30 saves in goal for the winners while Josh Johnson kicked out 26 shots for the Falcons.

“Time for playoffs,” St. Catharines coach Tyler Bielby said. “Was great to get some young guys in the lineup and let them get some reps in case they are called upon down the stretch. The focus is now on to a couple good days of practice, Tuesday and Wednesday, before opening round one up on Thursday night.

“It’s been a long time since a playoff series was played in our league. The team and all those involved are very excited to get going.”

Johnson earned the win with 40 saves.

The Fort Erie Meteors wound up their regular season with a win over the visiting Niagara Falls Canucks Saturday at the Leisureplex.

Duncan Nichols-Delay played two periods and made 17 saves while permitting one goal while Josh Smith gave up one goal and made eight saves in 20 minutes of action for the Mets.

Cameron Eke and Owen Goodbrand replied for the Canucks.

Keegan Jackson made 30 saves for the win.