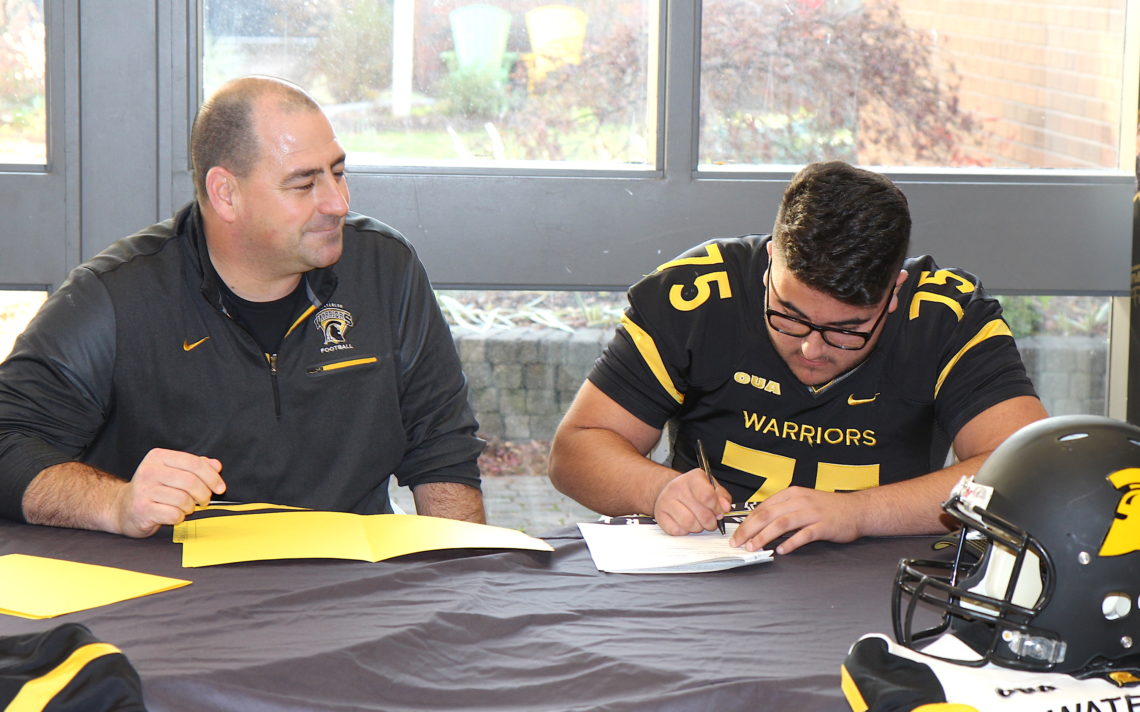 When the Waterloo Warriors come shopping for football players at A.N. Myer Secondary School in Niagara Falls, Jacob Iudiciani isn’t who they normally have signing on the dotted line.

“Myer is not always known as a school for producing big guys,” Waterloo head coach Chris Bertoia said. “Fast athletes sure but when we got him down here and we watched him play, we liked his grit and how he gets after it. He plays fast.”

The 17-year-old Niagara Falls resident signed with Waterloo Tuesday and Bertoia is excited about the offensive guard’s future. 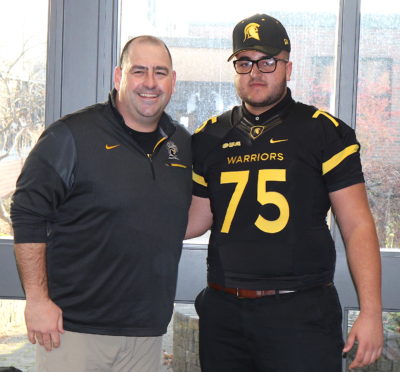 “Obviously he needs some time in the weight room like any young guy coming into U Sports but he has a nice frame, he has a good attitude and he is a character kid,” he said. “I’m excited to see what he can do coming in and developing into a good player for us.”

“It is important for us to build our program at Waterloo and there has been a connection with A.N. Myer,” he said. “It’s a winning football program and it’s a place that doesn’t accept mediocrity.”

The 6-foot-3, 270 pound lineman, who has been playing football since Grade 6, feels Waterloo is the perfect spot for him.

“It’s a great team and they have a lot of great things going for them right now,” the Niagara Spears player said. “The program is at its peak and it’s going to go even higher.

“They made the playoffs last year and this year and they came within six points of beating Western to go to the OUA (Ontario University Athletics) finals.”

Iudiciani realized he had a chance to play OUA football at the end of his Grade 11 year.

“I started talking to schools and it started to become a reality,” he said. “Then Waterloo asked me if I wanted to go there and that’s just where I wanted to be.”

He had a few other schools interested in him but Waterloo was his first and only choice.

“It’s the people and the coaches too,” he said. “All of them are great.”

He plans to study law at Waterloo and work hard on his football skills.

Nothing will be handed to Iudiciani.

“When the Ford brothers (Myer grads Tre and Tyrell) came, we were kind of at the bottom of the heap and there was lots of opportunity,” Bertoia said. “Now that whole contingent of guys are going into their fourth and fifth years and we are a pretty veteran team.” 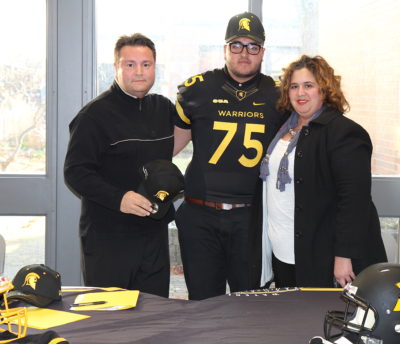 That means playing time won’t be easy to come by.

“These guys know they have work to do but there is a great opportunity for them more likely in their second year when guys start to graduate,” Bertoia said. “That’s a good thing for a lot of guys. They need that year to develop in the weight room and on the field.”

“He is a hard worker and was a really good team leader this year,” he said. “From a football standpoint, he a big kid, he’s tough and strong and he is willing to learn too. He has a lot of up side.”

Editor’s note: Myer’s Kyle Wilson also signed with Waterloo Tuesday. His story will be on the BPSN site this week. 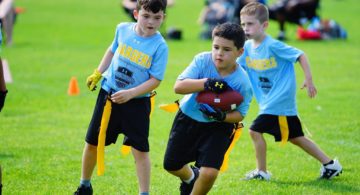 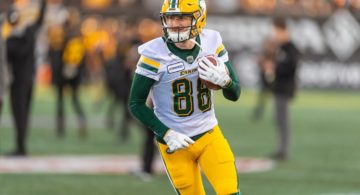 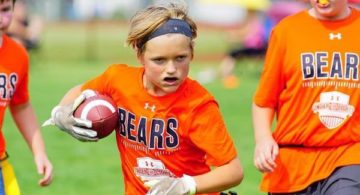