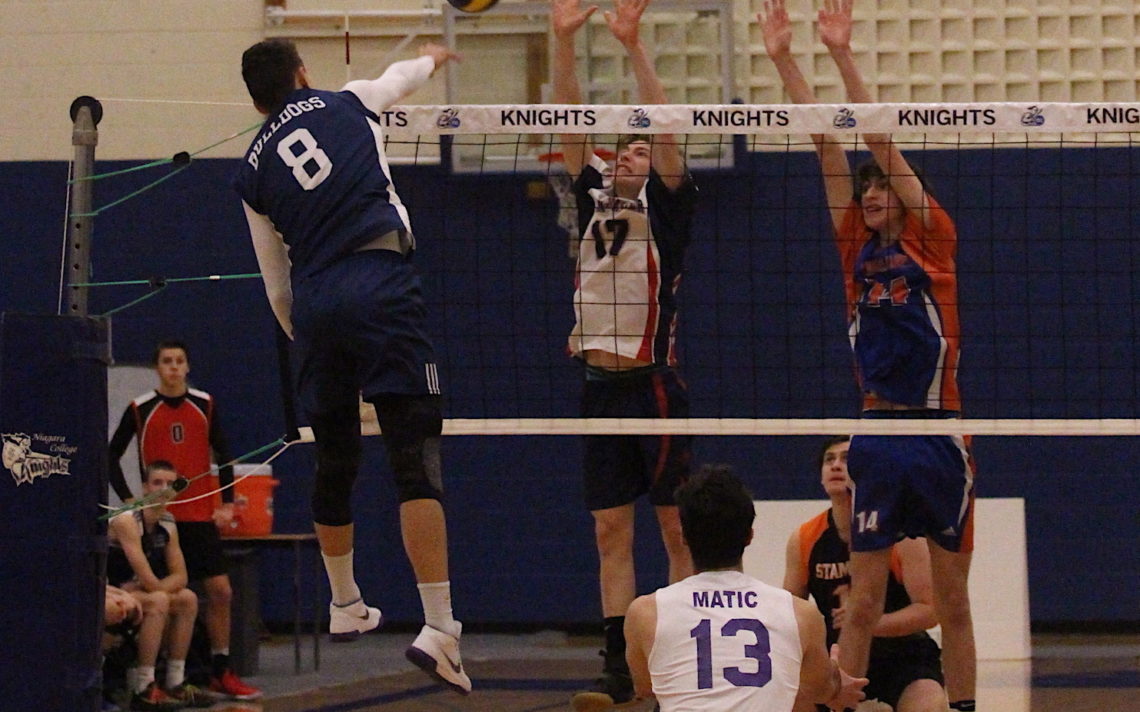 Alex Mrkalj made his final appearance as a high school volleyball player in Niagara a memorable one.

The outside hitter for the Sir Winston Churchill Bulldogs was named Team Blue’s player of the game in a 3-1 (26-24, 18-25, 25-16 and 32-30) victory over Team White Thursday in Niagara College’s Fourth Annual High School Boys Volleyball Showcase.

“It is kind of tough to part ways with Niagara and I’ve had a great time the past four years but I am on to bigger and better things,” he said. 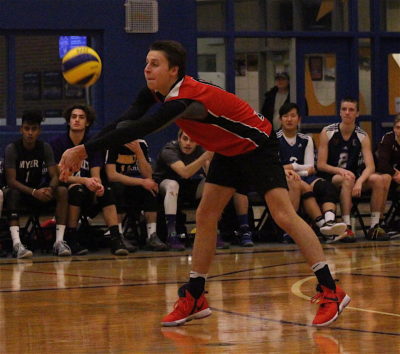 “It was a lot of fun being with a bunch of new athletes, some that you see playing against them on the court and some you know off the court,” he said. “It was really awesome.”

Awesome is good word to describe how Mrkalj concluded his high school career by helping the Bulldogs win a silver medal at the Ontario Federation of School Athletic Associations AAA championships.

“Overall, it was amazing,” he said. “Our team really pulled together in the quarter-finals and even in the semis we were down two sets to none and we came back and won.

“We were still happy after the gold-medal match. Even though we lost, we still gave it our all.”

Next up for the talented teen is a post-secondary volleyball career. He is deciding between Queen’s, Western, University of Toronto, McMaster and Waterloo. 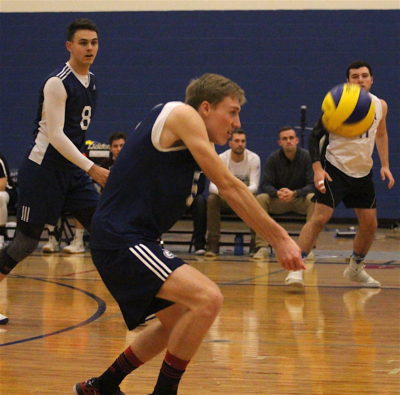 “Ultimately I am going to want to fit in with the group,” he said. “The skill will come but I want to have fun while I am playing.”

He has already visited University of Toronto, Queen’s and Western and isn’t going to make up his mind until he visits all five universities.

Mrkalj has just started his travel volleyball season with the Kitchener-Waterloo Predators, bronze medalists at the provincial and national championships last season. They opened play with a silver medal in their first tournament to sit second in the provincial rankings.

“He has been in our Volleyball Canada Centre of Excellence and I’ve worked personally with him in that program for the last couple of years,” he said. “His progression has been really cool.”

Mrklaj has always been a big and physical player for his age but he has developed into a technical player.

“He is going to have a fantastic career going forward,” Groenveld said. “He is where our game is going; big kids who are really skilled and can play at a high level at the net and show power and range.”

“It was an honour to be named one of the top players in Niagara,” the Grade 11 student said of the evening. 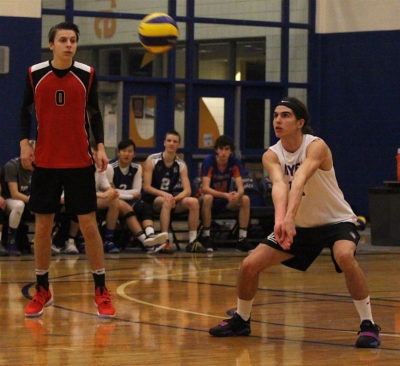 The 16-year-old admitted it was challenging to play with a bunch of new teammates.

“It was hard to get used to rotations and stuff like that, but after a bit it was OK,” he said. “We were out there to have fun.”

Esau had a fun first year of senior volleyball helping the Eden Flyers win a silver medal at the OFSAA AA championships.

“It wasn’t as good as we had hoped but we got the silver,” he said.

Like Mrklaj, Esau’s travel volleyball season has just started. His Niagara Rapids squad opened with a third-place finish to earn a spot in the Premier Division this coming weekend.

Esau is somewhat tall for a setter but he has been playing in that position for a long time.

“In elementary school, I wasn’t the tallest kid,” he said. “I was just average height so she threw me into setter and I have been there ever since.”

He has excelled at the position and has already received interest from universities.

“I want to play university (volleyball) in the States,” he said. “I have had some interest from certain schools but nothing crazy yet.”

Groenveld describes Esau as a gamer.

“He played three different positions tonight but he is most naturally a setter,” he said. “You can play him in the middle a little bit and he can play on the left and he’s just a super-skilled kid.”

Groenveld has also see a lot of progress in Esau.

“He plays at Eden so he gets some really good coaching there and with the Niagara Rapids,” he said. “It’s testament to the health of our game to see skilled players like that who could have played other sports deciding to play our sport.”