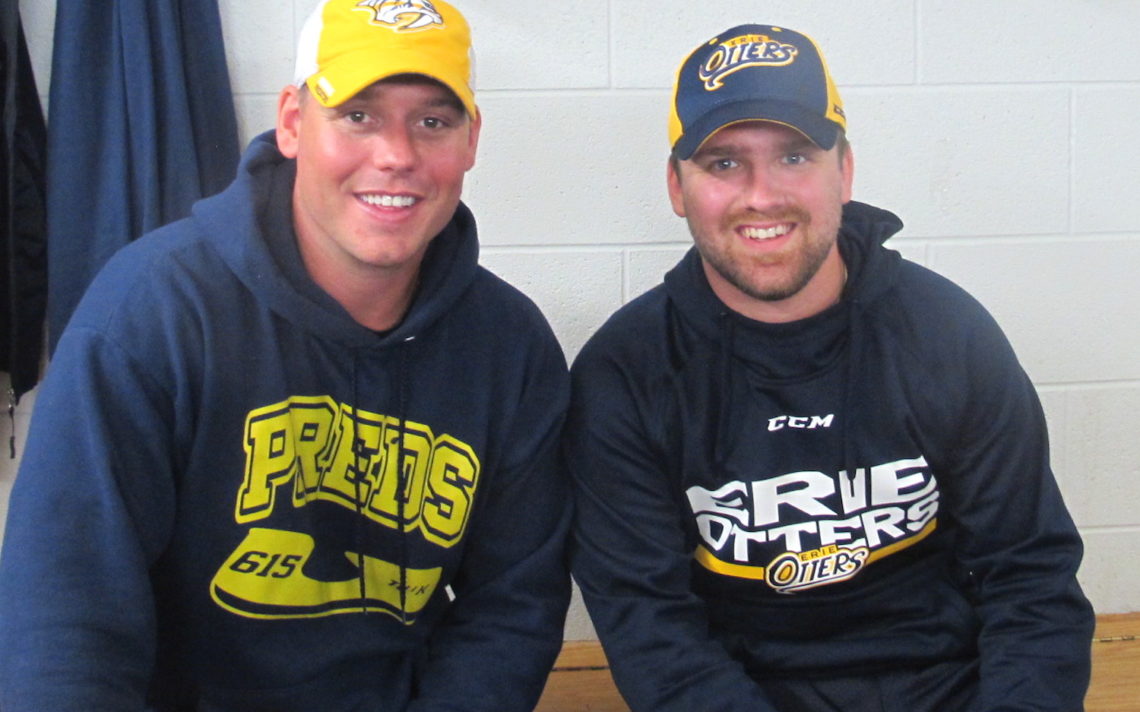 The 36-year-old Welland native, who recently wrapped up his fourth season as goaltending coach with the Nashville Predators, is back in Niagara for the month of July.

Part of the reason for the return home is a chance to reunite with family — his wife, Marlene, also hails from Welland — and it also gives him a chance to run his annual goaltending school at the Seymour-Hannah Sports Complex.

The Ben Vanderklok Goaltending Camp is in its 15th season after beginning in 2003 out of Fort Erie.

“When I did get on full time (in Nashville), I still wanted to make sure I could come back and give back, and at the same time, it’s a chance to see my family,” the former Thorold Blackhawks netminder said. “We get to see grandma and grandpa and it’s a chance to do what I love to do in the summer.”

Vanderklok realizes the importance of remaining in touch with his roots.

“Everybody has a special spot for their home,” he said. “It’s important. Anybody that is in a position like mine, it’s important to give back.

“It’s my way to give back and help and stay connected.”

Vanderklok admits he gets just as much out of the camps as the participants.

“It’s different than the NHL lifestyle. That’s an incredible lifestyle, but it’s tough and challenging and hard work,” he said. “There is something to be said for getting in front of young kids. It brings you back to why this game is so great.

“These kids are playing for the right reason. They’re smiling and just want to be out there stopping pucks. It impacts me positively.”

The camps also give Vanderklok a chance to unwind after the demands of an NHL season.

“It helps me. You’re working in the game and I love kids. Being around kids is my happy place,” he said. “It helps a lot. Part of my goal in the offseason is to recharge my batteries and reenergize to go back at it and this really helps.

“I wouldn’t do it if it didn’t help me in that process.”

Vanderklok’s vision of what his camp would be when he began has changed.

Vanderklok will spend three weeks at his camp and then take the final week of July for a family vacation. His wife and eight-year-old daughter, Ava, are staying in an RV at Bissell’s for the month.

Then it’s back to Nashville to prepare for another season.

The Preds made it to the Stanley Cup finals two years ago, only to lose in Game 6 to the Pittsburgh Penguins.

Last season, Nashville won the President’s Trophy as the top team during the regular season, but were eliminated by the Winnipeg Jets in seven games in the second round.

“You try and take a minute and get yourself away from it and when you do you start to reflect on the season. In the big picture, I think it was success for the Preds,” he said. “We won the President’s Trophy, which is not easy to do. I would trade it for the Stanley Cup, but any time you finish first in the season it’s an accomplishment.”

Vanderklok was also proud of his goaltenders, Pekka Rinne, who won the Vezina Trophy, and Juuse Saros , who was named to the NHL all-rookie team,

The goalies had some individual accomplishments,” Vanderklok said. “As a whole, it was a strong season but its hard to say that when you don’t win the Stanley Cup.

“You want to help the guys become better people, better goalies, and have a positive impact and I think we did take a step.”