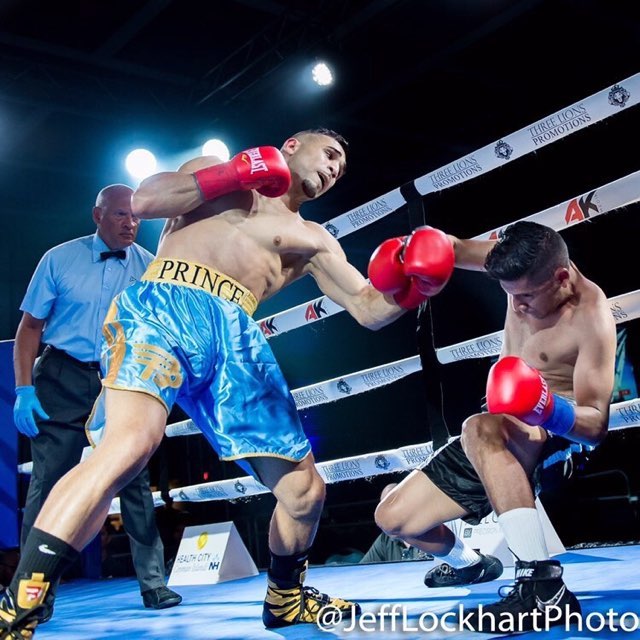 Lucas Bahdi continues to make short work of his opposition.

In his most recent fight in Mexico City, the 25-year-old Niagara Falls native defeated Jonathan Sanchez Fabela (1-2 with a knockout) via a first-round technical knockout.

“I started off pretty patient in the first round and I was working on finding my distance,” he said. “Once I found my distance, I was able to land some heavy, heavy shots and closer to the end of the round, I hit him with some bigger shots and the ref ended up stopping fight.”

The win improved Bahdi’s record to 5-0 with five knockouts.

“In my first five fights, I have only gone a total of six rounds,” he said, adding only his first opponent made it to the second round. 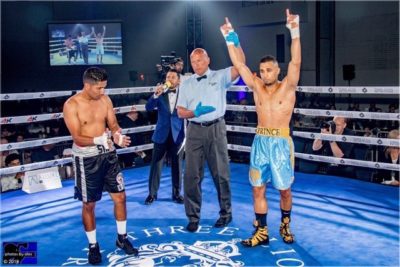 “I keep fighting as often as I can because it helps me stay comfortable in the ring and it keeps me sharp,” he said. “I am looking to do some travelling for training camps in Vegas or New York and working with my coach, Steve Bailey, in Guelph.

“He is sharpening me up and keeping me on point and it’s going well. We work really well together.”

Bahdi will soon be wearing two hats in the boxing industry.

His Falls Boys Promotions will be teaming with Hamilton’s Three Lions Promotions to present a fight card Saturday, Nov. 23 at the Sheraton on the Falls hotel.

Bahdi will be the main event on a card that will also feature: Canadian light middleweight champion Kevin Higson (17-2-0, 1KOs); Canadian amateur champion and freshly minted professional Carolyn Redmond (1-0-0, 1KOs); and fast-rising St. Catharines prospect Antonio Napolitano (4-0-0, 2KOs). Who each fighter will be matched up against has yet to be determined but Bahdi hopes to get that settled in the next week or so.

“I fought on his (Three Lions) card in September and I like his way of doing business and he throws an amazing show,” Bahdi said. “He asked me to do a co-promotion in Niagara and I loved the idea and I think it will be an amazing event based on the Hamilton show that he had.”

Bahdi is expecting to have about five fights on the card. General admission tickets will be $55 and tables start at $1,250.

He feels Niagara Falls is ready and willing to support professional boxing.

“They have been waiting for shows like this and we are probably going to be doing two or three shows a year,” he said. “I have done a number of amateur cards, but this is my first professional card and I’m pretty excited.”

There’s a big difference between pro and amateur cards.

“With a pro card, everything has to be regulated. There’s a lot more work because you have to make sure all the licensing and medicals are done with the fighters,” he said. “And it’s a lot more expensive to host these events because the fighters get paid.”

Bahdi fought at the Scotiabank Convention Centre in Niagara Falls June 29, but he only had four days notice ahead of the fight and not a lot of people knew he was fighting in his hometown. He’s expecting a lot more hype this time around.

“I love fighting at home and there’s no better feeling than fighting in front of your hometown fans.”