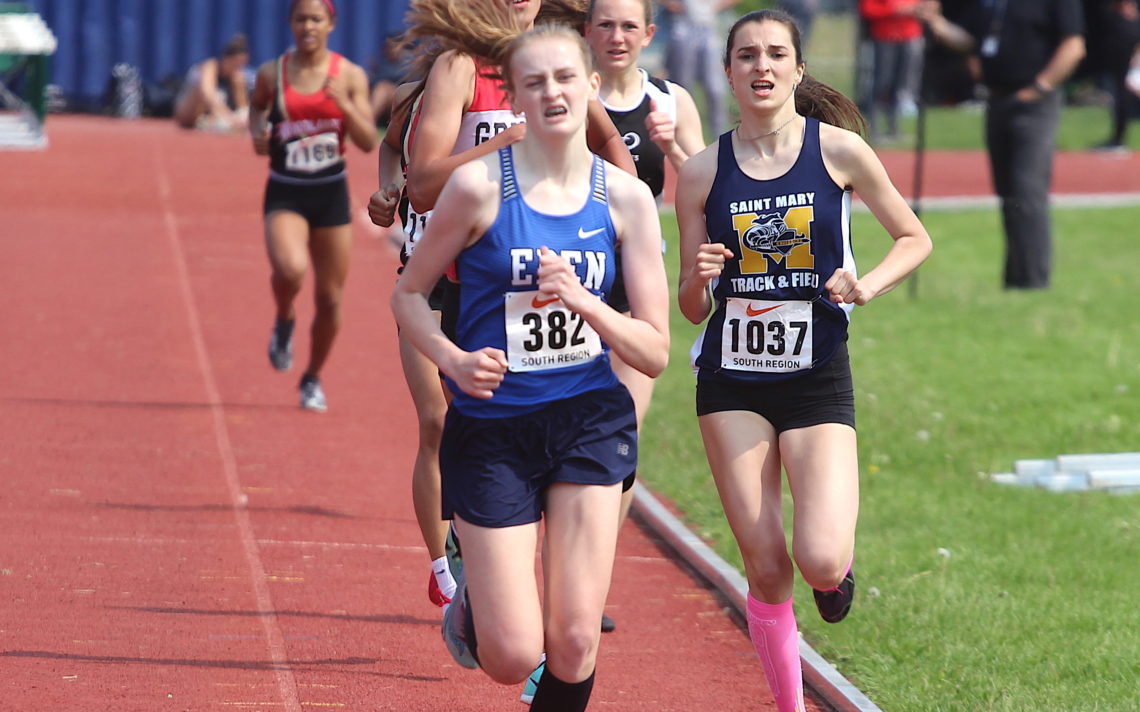 Six short months after joining Athletics Niagara and starting to focus on running, Amy Baggs surprised herself by winning the junior girls 800-metre race at the Ontario Federation of School Athletic Associations South Regional track and field meet at the Niagara Olympic Club in May 2019.

It would turn out to be a pivotal moment for the 18-year-old St. Catharines native, who recently committed to attend and run at the University of Toronto.

“That was one of the big ones. It was like we had finally got it right and had done the right training. It was awesome,” the Grade 12 student at Eden said.

More than a year and a half later, Baggs remembers the moment as if it were yesterday. 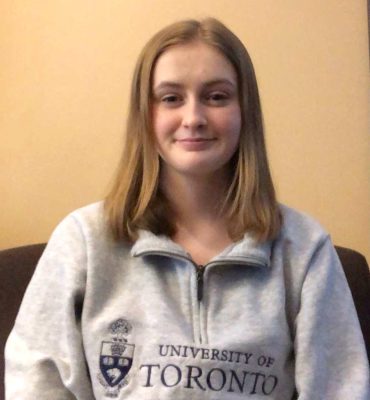 “My coaches had a conversation on what I should do and how I should attack the race and it just worked out.”

Things have also worked out since then to land Baggs at the U of T.

“Competing at the post secondary level was never a goal. I just wanted to run and hit certain times and PBs,” she said. “Then I started thinking about it after talking to coaches who told me I probably could run at that level. I started exploring that route before and during COVID.”

She focused in on Toronto right away and didn’t talk to any other schools.

“I zoned in on them because they also have the program I really wanted to do as well.”

She is planning to study chemical engineering.

“I love the sciences and I love chemistry so I want to see where chemical engineering takes me. They also have a great co-op program.”

She is excited about the athletics component of her university career.

“The team aspect is such a big part of running for me and I was so fortunate to have amazing coaches at Athletics Niagara,” Baggs said. “When I was looking at universities, I wanted a coach that I could connect with and also a team that would feel like a bunch of friends training. In my opinion, that is the best way to do it if you are going to be a runner.”

She quickly found a comfort level with Toronto.

“I talked to the coach at Toronto and she connected me with some of the girls and they were so helpful. It felt like home.”

She admits it won’t be easy to balance school and athletics.

“It will be a challenge, but I was talking to one of the older girls on the team who is in chemical engineering program and she was giving me pointers on how to balance things.”

She can’t wait for the adventure to begin.

“I am excited to start university and get to train with some awesome athletes at U of T. I am looking forward to what university has to offer.”

She hasn’t set any goals for her rookie season of Ontario University Athletics competition.

“I just hope we have a first year at this point.”

That sentiment is the result of having lost her Grade 11 track and field season and Grade 12 cross country season to the COVID-19 pandemic.

The pandemic has been a growing experience for Baggs.

“I learned how to train when you don’t really have anything to train for.”

Right now, she has been running outside and doing a lot of cross training.

“I am just trying to stay in shape for hopefully when races start.”

Earlier this year, OFSAA cancelled all its spring championships, including track, but the Niagara Region High School Athletic Association hasn’t closed the door on holding local competitions provided it is safe and they have the approvals to make that happen.

“I am really hoping at least we are able to get back on the track from time trials,” Baggs said. “It’s not ideal but it would be something.”

“Amy is one of my most coachable athletes. She always shows up for training with such a great attitude.”

Rae loves all that Baggs brings to the club on and off the track.

“Amy is also a great supporter of her teammates, and a great example for the younger athletes,” he said. “Amy also volunteers as one of athlete representatives for our organization. She is quite a talent.”