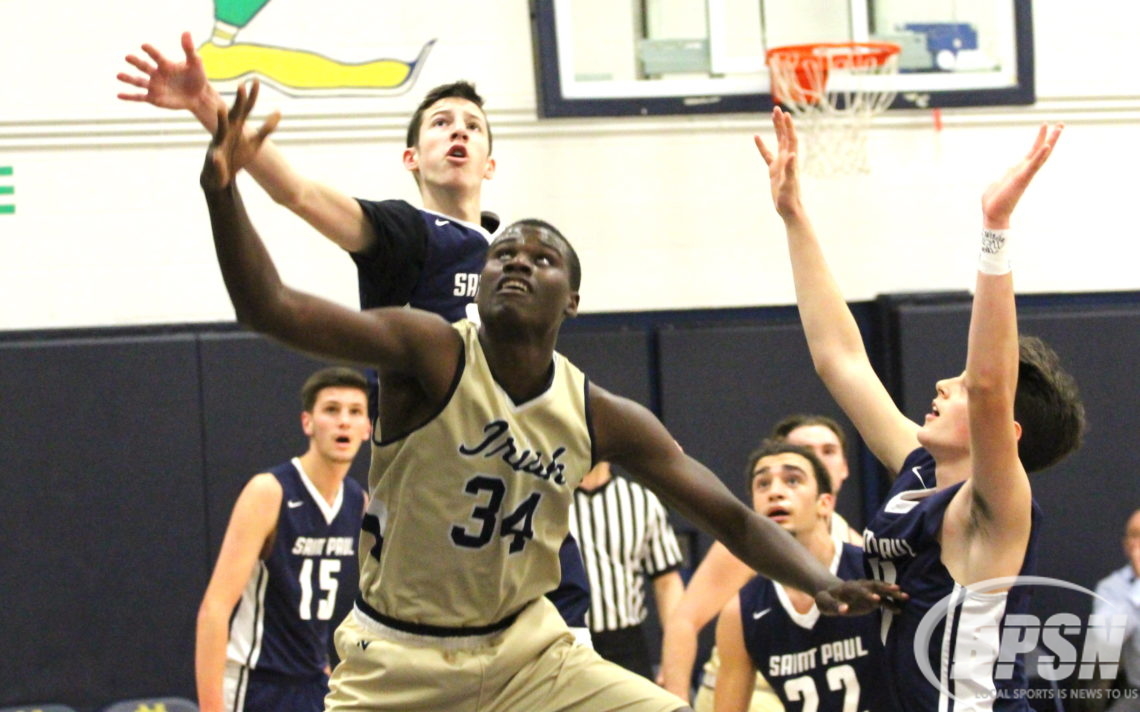 “They are really good,” Notre Dame head coach Mark Gallagher said. “They are well balanced and so far in this tournament they have been rolling (rotating) seven or eight guys.

“They’re talented, they are well coached and it’s going to be a tough game.”

There are no secrets on what the Irish need to do to garner their third Tribune championship in the past four years.

“We have to get the ball to Shammar (Campbell), we have to move the ball inside and out and we need to make a few more shots than we did tonight,” Gallagher said. “If we go into Shammar first and then go outside, I think we will be alright.”

Campbell is leading the tournament in scoring, averaging 24 points a game, including 29 points in each of his last two games.

The Cyclone, who lost to St. Francis in the Standard final in early December, advanced to Saturday’s championship game with victories over Port Colborne (69-31), Westlane (69-30) and Eden (76-52).

E.L. Crossley is making its first finals appearance since 1987 and looking for its first Tribune title since 1979. That year, it beat Notre Dame 76-62.

“It’s a rivalry that has been going on for years and I don’t think the two teams have faced each other in the final in years,” Crossley head coach Brian Bleich said. “It will be interesting. Notre Dame has always been the basketball power in the southern tier and hopefully Crossley can step up and take that role over.”

Saturday’s consolation final of the 65th Welland Tribune Basketball Tournament will be played at 5:30 p.m. at Niagara College and feature the Sir Winston Churchill Bulldogs and the Governor Simcoe Redcoats.

After opening with a 66-41 loss to Saint Paul, Churchill advanced to the consolation finals by defeating Denis Morris 61-55 and Saint Mike’s 63-50.

“Simcoe beat us pretty handily in the regular season, to be honest, and I think it will be a similar situation,” Churchill head coach Gregg Loucks said. “They are a little bit bigger than us and rebounding will be a key as well as defending their big guys underneath.

“We are looking forward to that game.”

After opening the tournament with a last-second 50-48 loss to Centennial, the Redcoats moved on to the consolation finals by defeating Lakeshore Catholic 67-49 and Port Colborne 61-36.

“There is a silver lining to everything,” Simcoe coach Sean Feor said. “We lost a heart breaker on opening day to Centennial on a buzzer beater but they definitely played excellent that day.

“We get the extra game out of it now which is great and it’s just exciting to be in the Tribune tournament.”

“They (Churchill) have a few travel boys who play for Pelham, like Alexien Evseyev who can shoot the ball, and Yaseen Ali,” Feor said. “They are strong at the guard position and we will definitely have to play some lockdown defence.” 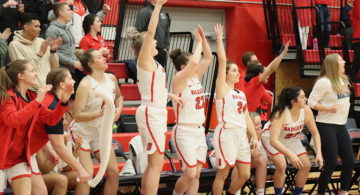 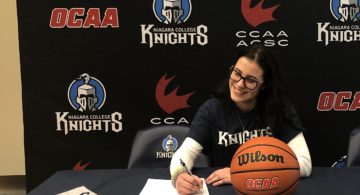 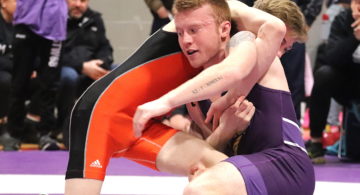