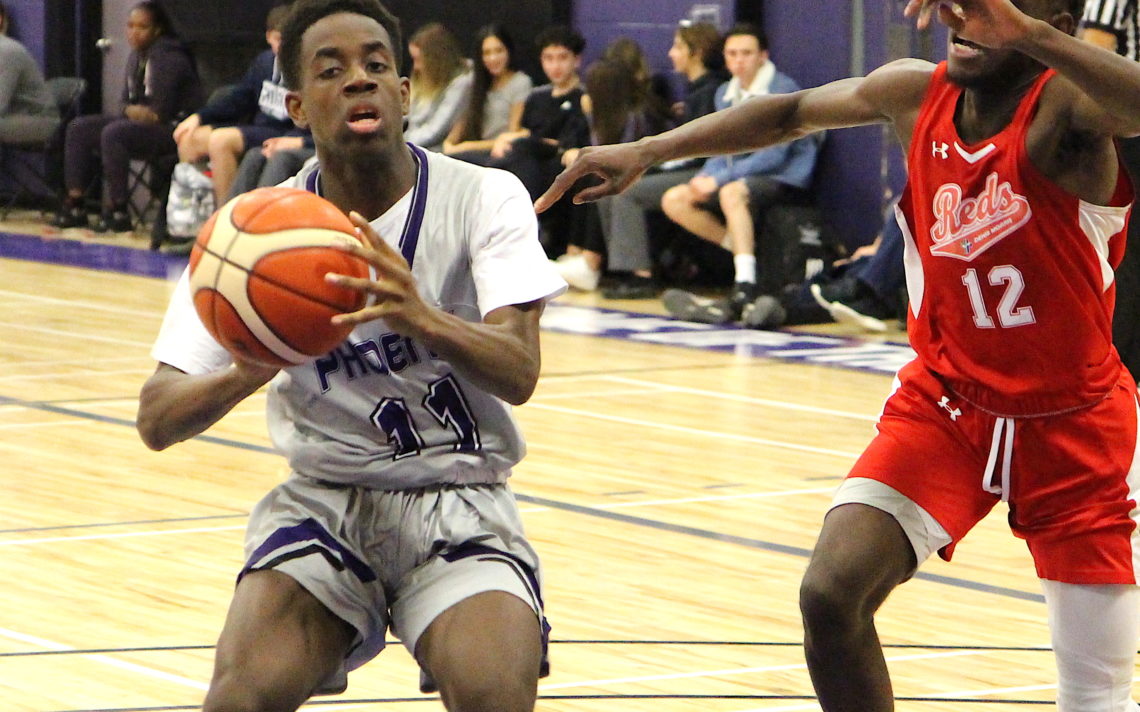 Igor M’Baya’s eyes light up when he discusses playing in The Standard High School Basketball Tournament.

“It is a huge deal for us every year,” the St. Francis Phoenix point guard said. “Like I said last year, we are always looking forward going to the tournament.

“This year should be really fun because we are going for a fourpeat so we will see how that goes.”

The top-seeded Phoenix are prohibitive favourites to win the tournament and become the first school to record four straight tournament titles. St. Catharines Collegiate (1963-65), Denis Morris (1978-80), St. Francis (2006-08 and 2016-18) are the only schools to record Standard threepeats.

St. Francis opens the tournament Monday at 3:30 at Sir Winston Churchill against the Laura Secord Patriots and M’Baya can’t wait for 58th annual event to start.

“It’s just great with all the media coverage and everyone watches the games, especially the Standard final,” the 18-year-old said. “I know my family is really busy but I know they usually come out to the final.

“And the guys and the coaches are really excited and we are always talking about the Standard.”

Phoenix head coach Jon Marcheterre is a big fan of the Standard tournament.

“It’s one of the highlights of the season, no question,” he said. “It’s a date that you love to see and you mark it off on the calendar. It’s something we keep an eye on and try to prepare for.”

St. Francis heads into the Standard with three tournaments already on its resume.

“I think we’re heading on the right track and going to where we want to be at the end of the year. We just keep getting better,” M’Baya said. “We have played some really good teams over the past couple of weeks and I think we will be ready for the tournament.”

“We are improving and our goal is to get better every day,” Marcheterre said. “We are getting better offensively and defensively and it’s a pretty new group.

“We have a lot of new names and a lot of guys fitting into new roles and trying to figure out where they fit into the system.”

One familiar name that is expected to play a major role for the Phoenix this season is 12B player M’Baya.

“Academically, he was certainly capable of moving on, but he felt coming back was in his best interests to prepare for school and to hopefully play basketball beyond high school,” Marcheterre said. “When he made that decision, it was certainly a positive for us.”

The 5-foot-10 guard felt it was the right decision.

“I just wanted to make sure I was ready and to know which school I wanted to go for academics and for basketball.”

Niagara College has expressed an interest in him and he’s also thinking going to Brock and trying out for the Badgers.

“I want to work on my decision making off the pick and roll and stuff like that. I also just want to approve my overall game,” M’Baya said.

Marcheterre appreciates what his veteran guard brings to the floor.

“He’s a steadying factor and he has ice water in his veins,” he said. “He doesn’t let the environment around affect how he plays and he just goes about his work. He’s a consummate lead by example guy.”

Rounding out the top five seeds for the tournament are E.L. Crossley, Governor Simcoe, Eden and Denis Morris.

“It won’t be easy but we have some Grade 11s who have come up who are good players and they are going to step up,” M’Baya said. “I believe in them.”