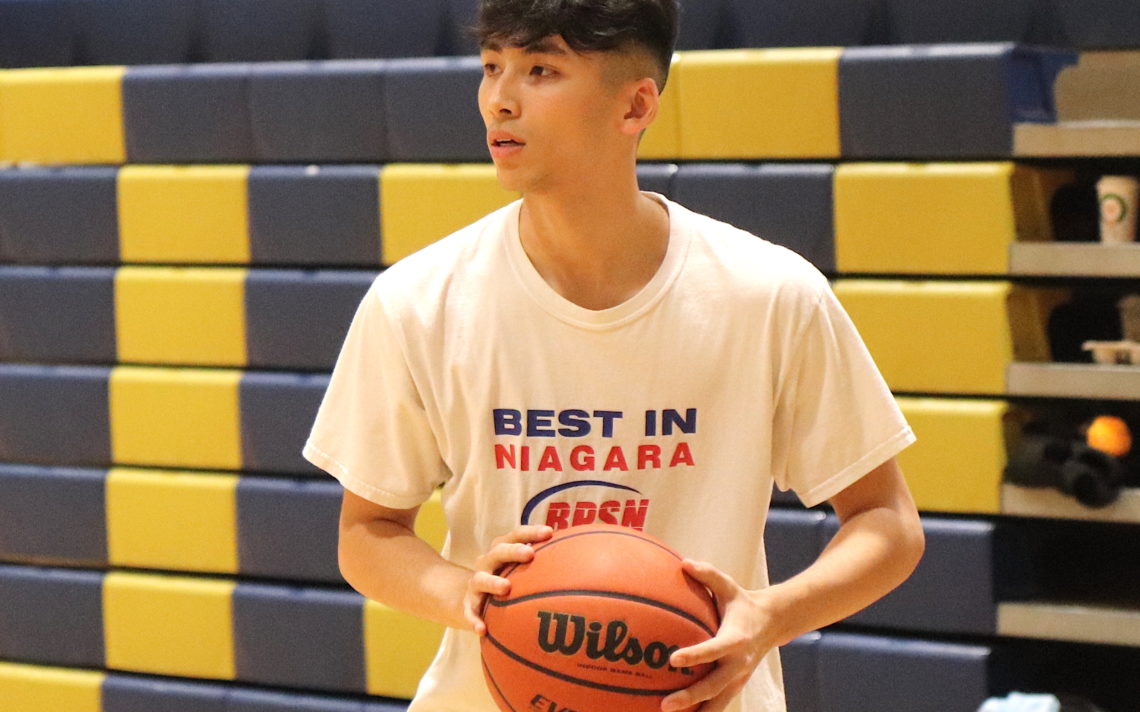 “From what I heard since I started in Grade 9, it is one of the best tournaments around,” the Grade 12 student said of the 59th edition of the tournament, which returns after a two-year, pandemic-related absence. “We are all really excited to get to play in it for the first time. We are looking to win it and represent the school.”

The Bulldogs open the tournament Monday at 2:45 p.m. at Holy Cross against St. Catharines Collegiate and Yagubi can’t wait to get started.

“I am looking forward to competing against my friends at other schools and playing with my teammates. It will be nice to get the feeling of playing with each other and getting better for our future tournaments such as SOSSA (Southern Ontario Secondary Schools Association) and OFSAA (Ontario Federation of School Athletic Associations).”

It will be the first time in three years that any high school boys basketball team gets a chance to chase provincial glory.

“Last year, we thought we were deserving of that OFSAA spot because we went undefeated. Coming in this year, we are going in with that same mentality even though we are missing some top players from last year,“ he said.

The Bulldogs, who went undefeated last season and capped their year by winning the BPSN Best in Niagara Tournament, head into the Standard as the top seed.

“When you come in as the No. 1 seed, you come in with high expectations and I like to have that mentality that we are not going to go easy against any team and we have to stay on top of everybody,” Yagubi said.

Churchill head coach Martin Cook agrees there is a target on the Bulldogs’ collective back heading into the Standard.

“There is, for sure, but there is also a bit of a mentality (from others) that we lost our best players last year and this group might not be as strong. But I think we can be as good as last year.”

Cook is as excited as his players to play in the tourney.

“The BPSN tournament was great considering where we were in the world and we were really happy with that. But, to be honest, I have never coached in the Standard, none of these boys have ever played in a Standard so we have been waiting for this for a long time,” he said. “It’s really exciting because we have a good group and a good chance to win. We are very deep, strong and experienced.”

There are 15 players on Churchill’s roster and Cook describes all of them as very good.

“We have some elite provincial travel players as well in Mazen and Brady Pupek so it will be interesting to see the combination of the elite with the very good and the young Grade 11s,” he said. “The integration of all those moving parts will be our biggest benefit.”

Cook describes the team as different compared to last year.

“Once they are comfortable with each other, they will be just as strong if not stronger. It may take a bit of time and the process will be longer but I have great expectations for them,” he said. “We had some high-level scorers last year that had played for a long time. This year, we are building up some of that and some new names people aren’t familiar with are going to fill that role.”

The Bulldogs lost a number of key players to graduation but 17-year-old Yagubi is confident in his squad.

“We had a good leader in Alex (Ruiz) who is now gone and now we have to create new leaders. A couple of us have to step up and play new and bigger roles,” the 6-foot-3 point guard said.

The Newman Youth travel player is one of those stepping into an enlarged role and Yagubi is excited to take that challenge on.

“It is something that I have to adapt to but I am ready. It shouldn’t be that hard and I have my teammates supporting me.”

Like last year’s team, the Bulldogs will continue to play with an attitude. Some might call it cocky but Yagubi and Cook prefer the word confident.

“We are confident in who we are and how we play as a team. We have really good chemistry on our team,” Yagubi said.

He isn’t worried if that attitude rubs other teams the wrong way.

Cook has no issue with that ‘confidence’.

“They (last year’s team) came with a schoolyard mentality and this team has it a little bit as well. But confidence is very important. You have to have it when you walk on the court and this group does have it.”

Yagubi will be a key player for the Bulldogs and he has trained hard to get ready for this season.

“I worked out every day constantly during the summer. I worked on my body and got bigger and better all around. I lifted weights and my vertical (jump) has gone up a lot.”

Cook likes what he brings to the floor.

“He can shoot, he can rebound, he can play defence and he is a communicator and a leader. This year will be his and Brady’s chance to put the team on their backs and I am excited for them to get that opportunity.”

Yagubi netted 30 points in his team’s league opener against Centennial and he can score in a number of different ways.

“I believe he has the ability to play at the next level and he has a lot to prove this year being one of the primary options,” Cook said. “I think he will come through with flying colours.”