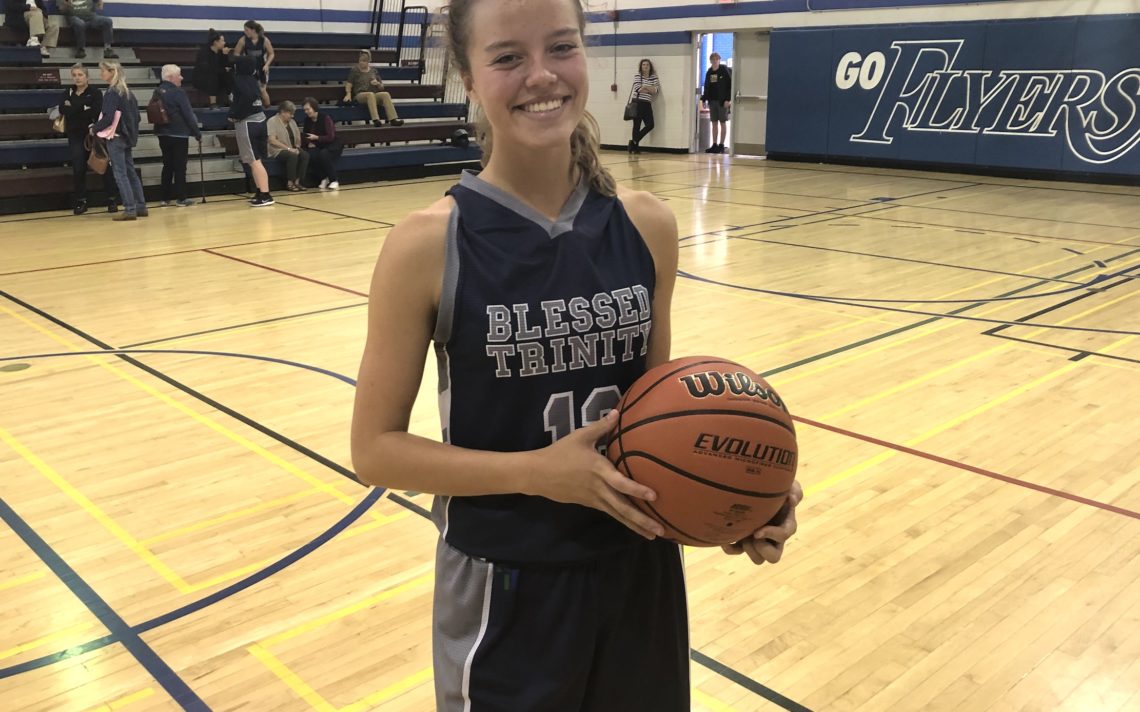 The Blessed Trinity Thunder are hearing a little more from Madison O’Brien these days.

The 17-year-old, Grade 12 student is in her fourth and final season with the Thunder and has taken on — albeit perhaps a little reluctantly — more of a leadership role this season.

O’Brien netted 12 points to lead the Thunder past the Grimsby Eagles 48-26 in an opening round game at the First BPSN Girls Basketball Tournament Tuesday at Eden.

“I have a leadership role helping people,” she said. “It’s harder for me. I’m a shy person and I don’t like to talk a lot but I’ve come out of my shell a lot on the team.”

BT coach Dave Gazzola left no doubt O’Brien is an important piece of the puzzle for the Thunder.

“She is definitely one of the key players,” Gazzola said. “She’s been playing senior since she was in Grade 9.

“This tournament means a lot  . . . we’ve lost in the semifinal every year so she has a goal set in mind of getting past the semifinal this year.”

O’Brien was front and centre early on as she poured in all of her 12 points in the first quarter as the Thunder jumped out to a 20-1 lead after eight minutes.

“It feels good,” O’Brien said of her early points. “It’s a team effort and it’s nice to help the team because your teammates are behind you the whole time.”

She said the early lead — the Thunder built a 37-7 lead at the half — was also beneficial.

“It helps a lot so we can play and focus on teamwork. Our team is really close so it’s good to move the ball around in a game like that.

“We (wanted to work on) working as a team, passing the ball, moving the ball, cuts and don’t stay in one spot and work hard.”

O’Brien plays at the Niagara JUEL level outside of school.

“It helps a lot. I love playing. I’ve played since I was little and you’re always learning new skills and meeting people,” she said.

Gazzola liked a lot of what he saw from his squad.

“I was very impressed,” he said. “I would say since the start of our year our defensive pressure has improved and improved. Our three guards on the front, (there has been) a huge improvement and it’s nice to see every game the intensity has stayed up no matter who they are playing, they play the same which is nice to see.”

Gazzola felt the quick lead was the perfect way to kick off the tournament.

“We talked about that. If we can get that head start then we can start working on everything we have been talking about. In the past, a lot of our games we seem to falter in the third quarter, so that’s another goal of ours.”

Grimsby coach Tammy Strongitharm said the Eagles had to reevaluate their goals after struggling so early.

“It does make it very difficult,” she said. “We started setting goals for ourselves to get better. That’s always there and we’re looking forward to the game against Smithville.”

Mick and Angelo’s/Johnny Rocco’s/Cracker Jack’s Players of the Game: BT’s Madison O’Brien with 12 points and Grimsby’s Madelyn Strongitharm with 7 points. 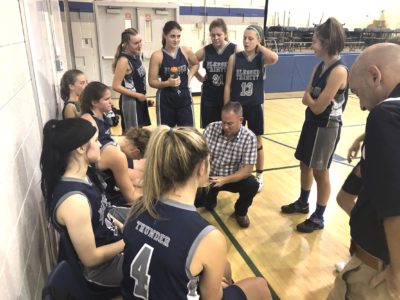 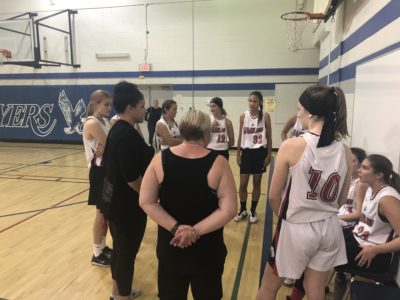