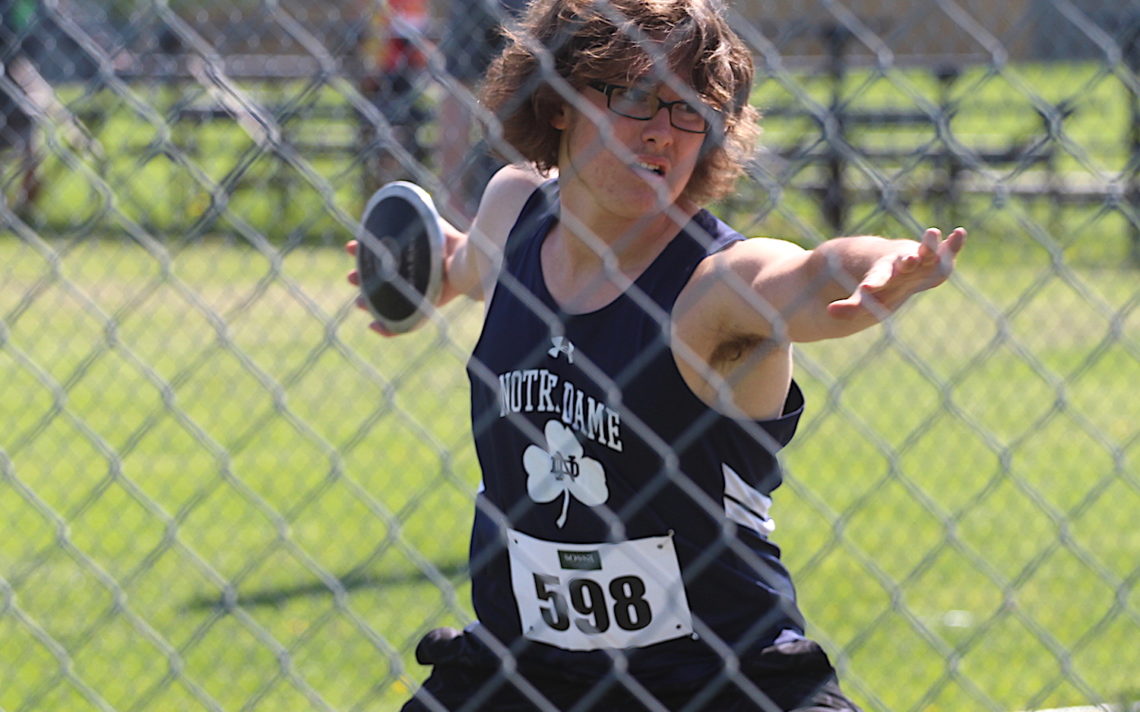 The Grade 10 student won the midget boys discus, was seventh in javelin and placed ninth in hurdles. This year, the 16-year-old Welland resident has abandoned the hurdles and is focusing on the javelin, discus and shot put. 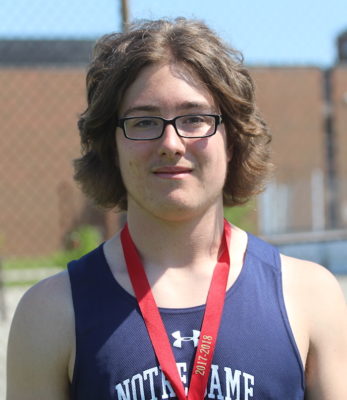 Last week, Saldutto placed first in the junior boys discus, javelin and shot put at the Zone 3 championships and set meet records in the discus (53.52 metres) and javelin (53.27 metres).

On Thursday at the Southern Ontario Secondary Schools Association meet at the Niagara Olympic Club, Saldutto was third in the javelin (48.51 metres), second in the shot put (14.49 metres) and first in the discus.

He wasn’t overly pleased with his performance in the javelin Thursday.

“I only threw 54.19,” he said. “ It was better than last week but the first week (Niagara Catholic Athletic Association championships), I threw 56,” he said.

His sister Sarah, an OFSAA medalist, won the senior girls 100-metre hurdles Thursday and placed second in the long jump, but there is no sibling rivalry between the two.

“We congratulate each other when we do well and we are fine with each other,” he said.

Callan started throwing when he was 11 and, after a stint with Niagara Regional Athletics, he now trains in Brantford with the Brantford Track and Field Club.

“I’ve been training for so long that I’ve just become pretty good at it,” he said.

He enjoys the sport of throwing.

He feels he had made steady progress in the sport.

“I feel like my technique is getting better,” he said. “Last year, I didn’t have a lot of coaching so I was kind of coaching myself and developing bad habits.

“Right now, I am trying to get rid of those bad habits.”

He knows what he needs to do to take the next step in his career.

“I have to continue perfecting my technique and once I perfect that technique, I have to try and go faster and throw harder.”