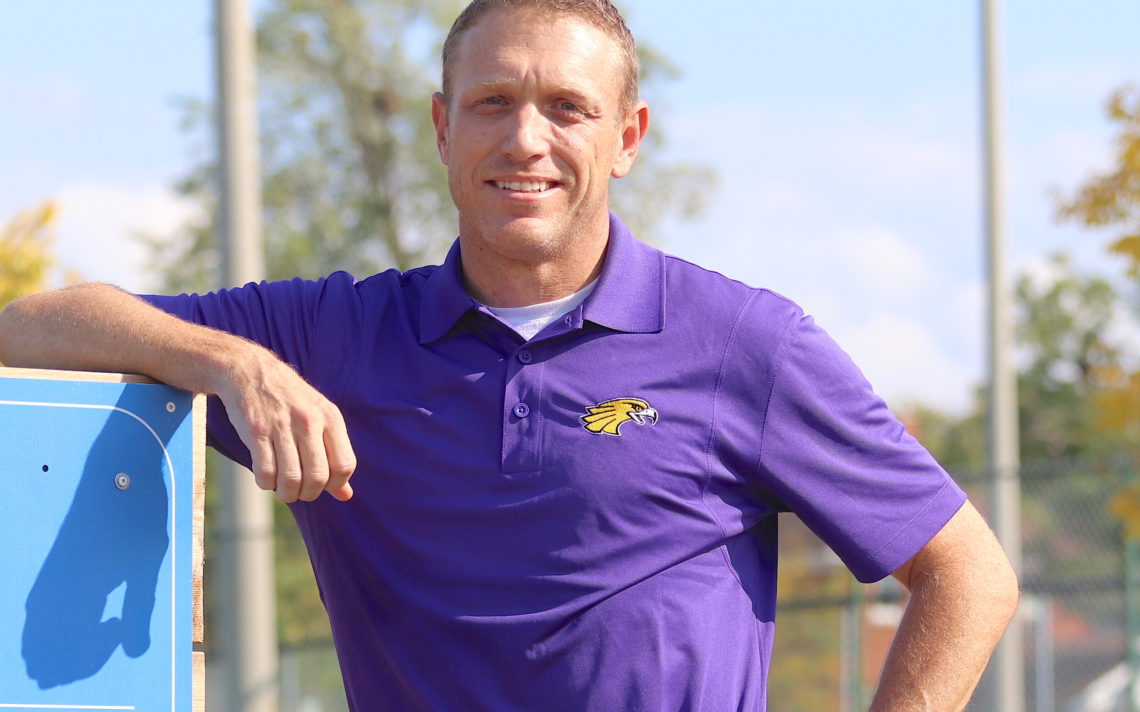 It is a labour of love for the 44-year-old Niagara Falls native.

“It’s a big commitment but I enjoy it and it is something different. It is the idea of being a continuous learner,” he said. “I enjoy the coaches, I enjoy going to the games and I love seeing the commitment from the players. It is a totally different sport compared to anything else.”

Coaching football gives him a new perspective on his students. 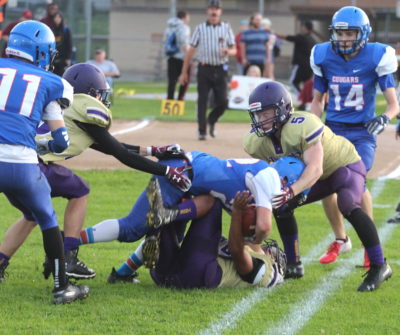 “Football brings the community together and you get to see a different side of the students,” he said. “Sometimes you might not necessarily have the best student in the building, but on the football field they are absolutely fantastic.”

He also likes being outside during the fall.

“Once it gets to November, it’s not as much fun but it’s being out here on nice days. It’s nice not being stuck in a gym all the time.”

He has enjoyed watching all of Thorold embrace the team.

“Even when we started off at Richmond Street elementary, it was fantastic. We had those first few championship games against West Park. The sidelines were full of people, the Collier Road exit ramp was loaded with people and even Collier Road had lots of people on it. It’s awesome and the community definitely rallies around it.”

Crowds are large when the team plays at its McMillan Park home.

“Those games under the lights are great and you see the players coming back with their varsity jackets on, coming over after the game and talking about how they are doing and what they are up to now,” Kemp said. “I’ve been at it for so long that some of them now have families. They are doing well and that’s what you want: These student/athletes becoming great people and great adults.”

Preaching consistency has been the key to Thorold’s football success.

High school football success is often cyclical in nature and Thorold is no different, especially with a population that hovers around the 600-650 mark.

“We have done well in Tier 2 and there was the one year we challenged ourselves in Tier 1 and went up against all those schools,” Kemp said. “I was ecstatic at how we did. We beat Sir Winston, we beat Centennial and we pushed Westlane hard. All of that was a chance to learn and to grow and not become stagnant. It was a chance for our players to see how top programs work and how they send kids to the next level.”

Getting to that next level isn’t easy.

“You can’t rest on your laurels and think that showing up every day to practice for a couple of hours is going to be all you need. You have to make it a full-year commitment, you have to bring players in to watch videos at lunch and you have to be willing to put the time in the weight room and do all the little things that people can’t see.”

Kemp is able to run a strong program at Thorold thanks to the help of community coaches Bill McGarrigle and Ryan Cecchini. McGarrigle has helped for the past seven years and Cecchini has been with the Golden Eagles for about 15 years.

“Having two awesome people like that allows me to interact with the players a little bit more, get to know them a little bit more and I can add or subtract where I see it’s needed,” he said. “Without them, we wouldn’t be able to field a team. I am still learning the game and they know way more about football that I do.” 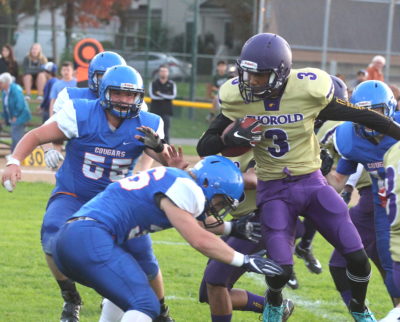 Cecchini and McGarrigle, along with Thorold teacher Mike Fenwick, are invaluable resources.

“They provide so much knowledge, they interact with the kids and they are another resource for the kids to reach out to if they are having a bad day. It’s another caring adult in their lives which is huge. Some of them need that.”

All of the Thorold coaches work well together.

“We have fun with it, we have a lot of great laughs, we work hard and sometimes hard work pays off.”

If it wasn’t for the pandemic, Kemp, a former basketball player at A.N.Myer and travel baseball player growing up, would have been entering his 11th year as head coach of the Thorold team. In his high school career, he has also coached senior girls, senior boy and junior boys basketball, golf, tennis, badminton, baseball and three-on-three hockey.

“I kind of felt like I was a jack of all trades and a master of none when I got to Thorold,” he said. “I loved basketball but I just needed a bit of a break.”

At the time, Phil Mosley and Carey Spiece and Brian Kilroy were coaching football at Thorold. When Kilroy went to Churchill, Kemp replaced him as the special teams coach.

“I dabbled in it and it was something new and exciting,” he said.

“All of a sudden I was the head coach and 11 years later, here we are.”

The University of Windsor graduate believes the 2020 football season would have seen the Golden Eagles in rebuilding mode.

Kemp has never shied away from a challenge.

“We have those cycles and it’s nice to see the kids progress. Maybe in Grade 9 and 10, they take their lumps but they stick with it and by Grade 11 and Grade 12, they are key parts of the team,” he said. “You see them grow and that’s what we want to see. That growth as a person and a player.”

“The only bonus is that I am coaching my daughter’s hockey team and I wouldn’t have been able to do that if I was still doing football. Those are the things that I miss out on.”

Eight-year-old Morgan is a member of the Junior Badgers novice rep team.