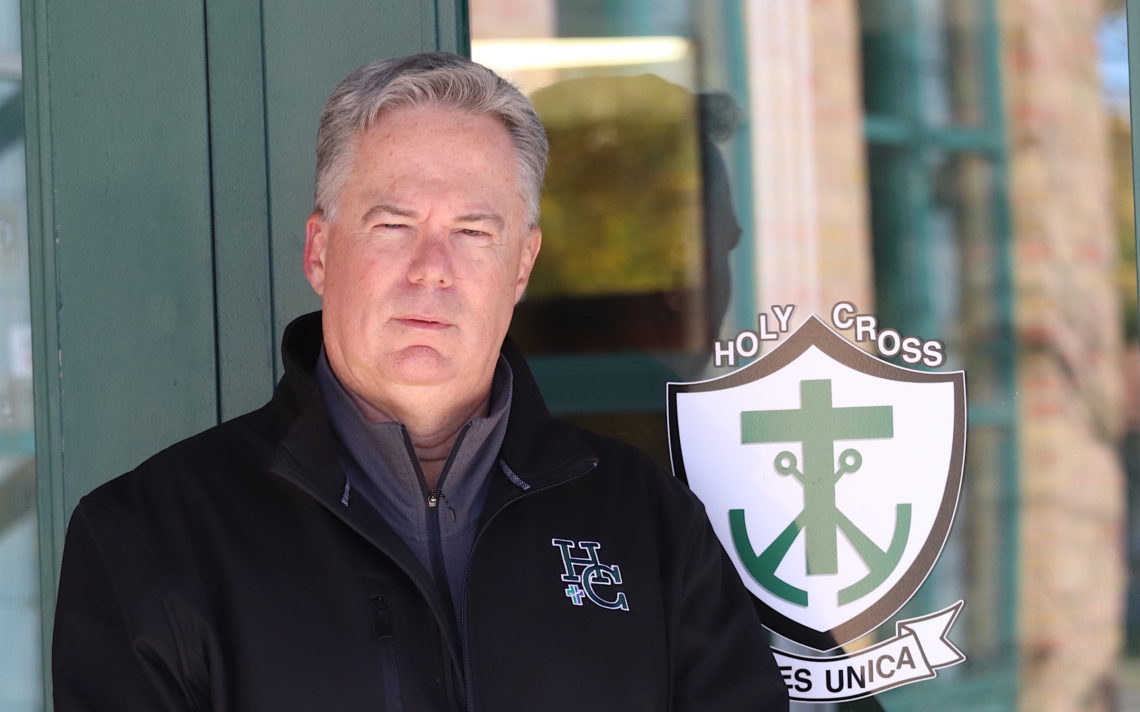 Dave Thomson was looking forward to ending his 31-year coaching and teaching career at Holy Cross with a bang.

“Our girls hockey team was probably one of the best teams we have had around here in a long, long time and the last time we went to OFSAA (Ontario Federation of School Athletic Associations) was when my daughter played,” he said. “This team was way better than that and we didn’t lose a game all year.

“I figured we would come back from March Break, we would go to Stratford to not just play at OFSAA, but win a medal. The girls lost that opportunity and it was a horrible way to end it.”

It was one of many sports cancelled by the COVID-19 pandemic.

Thomson ended up retiring in June and the 59-year-old St. Catharines native has hung up his coaching whistle for good.

“Coaching is a young man’s game and now I can step back and enjoy watching a lot of the kids who have been through here coach.”

Thomson coached football at Holy Cross for 31 years and coached girls and boys hockey at the school for more than two decades. He also coached track and field at the St. Catharines high school.

“You get to teach the kid in the classroom, on the field, on the ice and wherever else and it’s just another way of connecting with them,” he said. “All of the other guys I have coached with, it is about the whole child and not just about the hockey player or football player or the academic. It’s the whole package.”

That focus on the whole package is something Thomson learned from former Holy Cross football coach Dennis Modolo.

“He was hard and demanding of the boys on the field, but they learned really quick and they connected with you when they saw that sincerity and they saw you wanted to engage with them at all levels and not just as the athlete.” 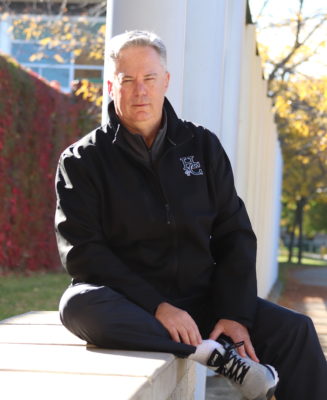 Coaching was a way for Thomson to pay it forward.

“I was close to Dave, I loved playing for Dave and the first chance I got to help out and give a little bit back, I did,” Jones said.

“They put something in me that made me want to come back every single day, especially during football season, just to get better and better,” Villamizar said.

“I was fortunate that I was able to win two championships with my kids, one with my boy (Robbie) in football and one with my daughter (Catie) in hockey. Those were my special moments.”

Those moments were made possible with the help of others.

“I had the privilege to coach with countless community volunteers and teacher coaches who made my coaching experience a memorable one,” he said. “Thank you.”

Away from high school, Thomson was also a busy man. Among his duties were: a member of the Team Ontario under-19 football team coaching staff in 1995, 1996 and 1997; a director of Niagara minor football for none years; an assistant coach with the Niagara Spears bantam travel football team; an executive member and coach with minor hockey; and, a five-year stint coaching AAA hockey with the Niagara North Stars.

“The right people took a vested interest in me and they helped tremendously. I wanted to give back and that’s why I coached. People have given me so much and it was in my nature to give back. I would go from September to September, 12 months of the year and it just never stopped.”

“Rick Carr, Ron and Bob Adams were instrumental in telling me that I should think about teaching and that’s when I went to Queen’s,” he said.

He did all his student teaching at Collegiate and hoped to get a job at his alma mater, but things didn’t work out.

“Like a blue collar boy, I put a ton of applications out and Halton hired me within a week. I taught at one school coached at another and we got lucky and won the Tier 2 junior championship.”

Without his knowledge, his wife Liz applied for a job at Holy Cross and when then-principal Mo Charbonneau asked why she was applying in Niagara, Liz said it was because that’s where her fiancé was from. Charbonneau inquired what her fiance’s name was and things took off from there.

“He asked if that was Football Dave and one thing lead to another and I am talking to him on the phone. The next thing you know, Mo gives me an opportunity to come back to Niagara.”

At Holy Cross, Thomson taught English for most his career and then added co-op in his last 10 years before his retirement.

He is enjoying himself in retirement and hopes to travel once the COVID-19 pandemic is behind us.

“I’m staying healthy and taking care of myself, golfing and cycling and working out, he said. “I can’t believe the amount of time I have to spend on myself and my family.”