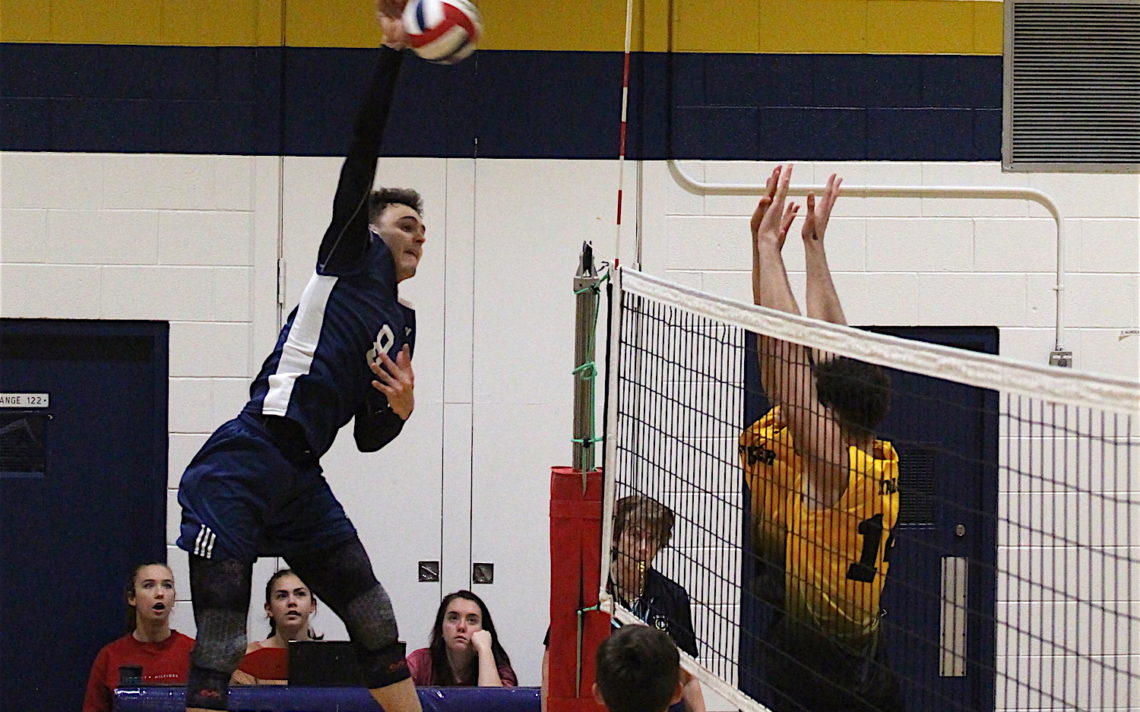 The Sir Winston Churchill Bulldogs looked down and out a few times Thursday during the Southern Ontario Secondary Schools Association senior boys AAA volleyball final against the Ancaster Royals.

The host Bulldogs lost the opening games 25-20 and 25-23 and then, after tying up the match with a pair of 25-19 victories, they trailed 7-2 in deciding game. Despite that deficit, 6-foot-6 Alex Mrkalj never lost faith his team would succeed. Churchill did just that, rallying for a 15-12 victory in the match that exceeded two hours in length.

“I never worried because our team is such a great family and we always come together after every single point. Even if we are down two sets or down in the third set, it really doesn’t make a difference,” the Grade 12 student said. “There was never any doubt in my mind that we were going to win.” 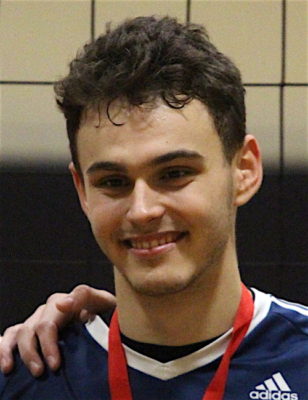 The 17-year-old knew Sir Winston Churchill was going to book its ticket to the Ontario Federation of School Athletic Association championships when it started playing well in the third set.

“We were really timid in the first two sets and we weren’t playing our best but in the third and fourth, we kind of relaxed and just started having fun.”

Mrkalj is in his third year of senior ball at Churchill and had experienced the heartbreak of back-to-back losses in the SOSSA finals, in 2015 to Waterdown and 2016 to A.N. Myer. This year’s version of the Bulldogs was much different than the two that preceded it.

“We are more like a family and we have a new setter (Andrew Song) who is the heart of the team this year. He makes us laugh and keeps us really loose,” Mrkalj said. “The reason that we won this year is that we stuck together.”

He is also a different player than he was the first two years with Churchill. Despite his club experience, he was a little timid and didn’t want to assert himself at the high school level.

“I told Andrew in the third set that I wanted every single ball and that’s exactly what he did,” Mrkalj said. “I was relentless, I swung at every ball and we won the third and fourth and came back in the fifth.”

Mrkalj plays club volleyball with the Kitchener-Waterloo Predators and he was part of the KW squad that won bronze medals at the provincial and national championships this year.

“School ball is important because you want to get as many reps as possible. You have volleyball in the morning and you play a game after school and right away you go to practice,” he said. “You’re constantly playing and it’s great.

When this high school year ends, Mrkalj will decide where he wants to play volleyball at the next level. He is choosing between Queen’s, Western, McMaster and Toronto and will decide based on their business programs and how he feels about the school’s volleyball team.

“I want to come into a team where I really fit in,” he said. “I love a team where the atmosphere is like a family.”

He feels there are still a few things he needs to do to be ready to play university volleyball.

“He’s tall, he can jump, he hits really hard, he’s determined, he has a great work ethic and he’s an all-around great kid,” he said.

Mrkalj is also keyed on by other teams which opens the door for other players on Churchill to shine.

“You don’t notice the other guys on court as much because Alex draws a lot of attention and that’s what we hope for,” Mergl said. “We feed the other guys because we know they are good.”

The Bulldogs advance to the OFSAA championships Nov. 23-25 in Waterloo.

“I think if we play like we did today and stick together like a family, we can do well at OFSAA,” Mrkalj said.

While Mergl is taking Churchill to OFSSA for the first time, he made two previous appearances at the provincial championships with teams from Ridgeway-Crystal Beach.

“This is the culmination of four years work to get these guys right and ready,” he said. “It’s building the culture and getting the kids to be enthusiastic about volleyball.”

Mergl inherited a successful program that had an OFSAA silver medal in its recent history, so it was a smooth transition to his coaching style.