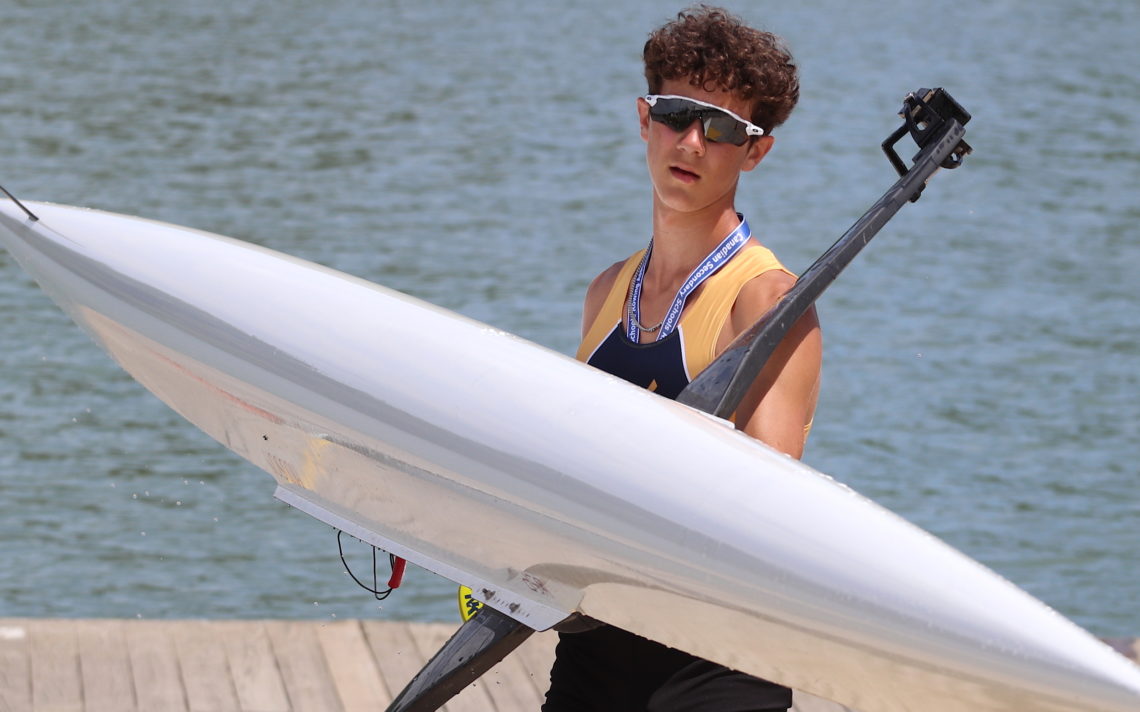 “I have had rowing in my blood since my grandparents,” the Grade 10 Notre Dame student said Sunday, after winning the junior men’s single and placing second in the senior single at the 75th Annual Canadian Secondary Schools Rowing Association Championships on Henley Island. “My poppa (grandfather) used to row on this course in St. Catharines and my dad followed up so I am just following in their footsteps and maybe I can carry it on a little bit longer.”

His grandfather, Edward Maroney, won a bronze medal at the world masters rowing championships and his father, Evan, had a successful junior career, but it looks like the latest Maroney to hit the water is going to eclipse the accomplishments of all those who preceded him.

This spring, in addition to his gold and silver at Schoolboy, the 16-year-old Welland resident won the senior men’s single at the prestigious Stotesbury Cup regatta in Philadelphia.

“I didn’t necessarily expect this because I knew there would be some good competition, but I have high hopes for my career and I was just trying to do the best that I can wherever I go.”

Maroney credits his time spent at the Ontario NextGen Performance Centre in Welland for the impressive kickoff to his high school rowing career.

“It is the commitment that it involves training six times a week, twice a day,” he said. “It has really changed me into who I am today and has taught me a lot of life lessons like dedication and the importance of showing up, being there and how it can affect your results.”

Maroney agreed it was a challenge to compete in two finals in a span of three and a half hours.

“There was lots of preparation before the races. I had to stay hydrated, watch what I ate and have a good warmup,” he said. “That is all you really need and then you have to properly cool down and get ready for the next one.”

Maroney was introduced to the sport by his father and started rowing in Grade 5 with the South Niagara Rowing Club’s Learn to Row program. Last year, he was named to Canada’s CanAmMex roster and he is a mainstay at the Ontario NextGen Performance Centre.

“Obviously there is a lot of skill and lot of potential there,” NextGen coach Will Mulcahy said. “Lucas is one of the most dedicated Grade 10s that I have ever met in the sport of rowing and he is doing a really good job and that is showing.”

Maroney is hoping to continue with his impressive performances as he heads to Victoria in late June to compete for a spot on Canada’s national junior team.

“It depends on how they do the selection out west but he absolutely has a legitimate shot,” Mulcahy said.

Maroney is young to be invited to the camp but that doesn’t mean he is just happy to be there.

“I am going up there to make a name for myself and do what I can to show people who I am and make it to Italy.” 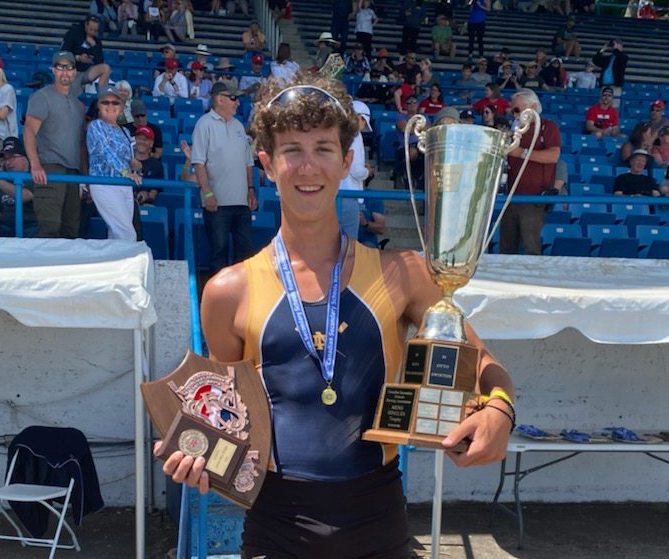